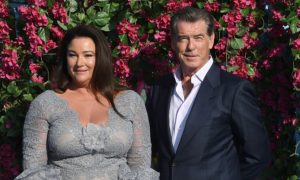 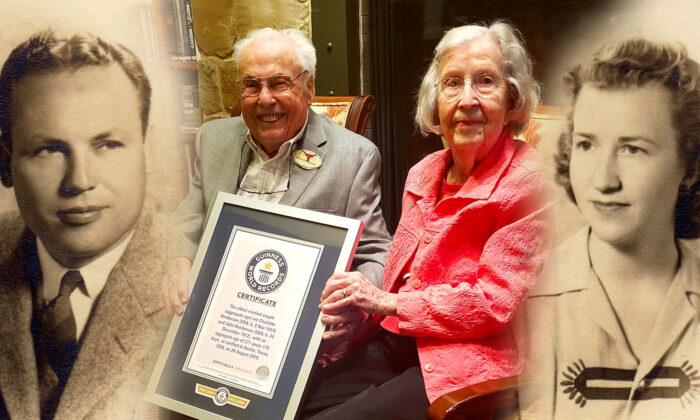 Oldest Living Couple in the World, Texas Centenarians Share the Secret of Their Long Marriage

A couple who married in 1939 claimed the title of oldest living couple in the world according to Guinness World Records. Between them they have lived 211 years on Earth, and their secret to health and longevity is refreshingly simple: moderation and cordiality.

John Henderson, 106, and his wife, Charlotte, 105, live in Austin, Texas, where the lovebirds met for the first time in class at the University of Texas in 1934. Charlotte was studying to become a teacher; John worked as a guard for the football team.

John and Charlotte courted for five years before tying the knot in 1939 during the Great Depression. These were radically different times; according to CNN, the newlyweds spent just $7 on the hotel room for their honeymoon.

The Hendersons received their Guinness World Record certificate in the first week of November 2019. Within a few short weeks, the couple anticipates yet another milestone; on Dec. 15, the Hendersons will celebrate 80 years of marriage.

When John and Charlotte’s world record for being the oldest living married couple was announced, comments from well-wishers flooded in.

“John almost looks the same. His early pictures show that little almost-hidden forever smile on his face and it seems to always be there,” a family friend contributed. “That’s his secret. There’s a smile. He just keeps looking happy and it’s worked for 106 years. She’s beautiful. Congratulations to this wonderful couple.”

Both husband and wife still boast good health despite their advanced ages. They are well taken care of; in 2009, both John and Charlotte moved into Longhorn Village senior living community, a group associated with University of Texas alumni, housing a community of more than 360 seniors.

John exercises every single day, and besides being a record holder for their longevous marriage, John is also the oldest living former University of Texas football player. The 106-year-old has maintained a tradition of attending at least one Longhorn football game every year since 1935.

Charlotte believed that being married, in and of itself, may have contributed to the couple enjoying good health at 100-plus years of age. “We had such a good time when John retired. We traveled a lot,” Charlotte said. “We just stay busy all the time, and I’m sure that helps.”

As health inevitably declines, the study explained, “[c]aregiving could have negative consequences for the health and economic condition of the spouse who is the primary caregiver, especially for older women.”

However, the Hendersons are breaking the mold; their near 80 years of marriage and mutual support are a source of inspiration to their family, friends, and even future generations.

When asked by CNN ahead of the couple’s 80th wedding anniversary for further insight into achieving health, longevity, and a happy marriage, John replied in brief, “Live life in moderation and be cordial to your spouse!”