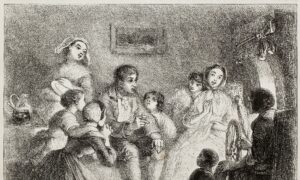 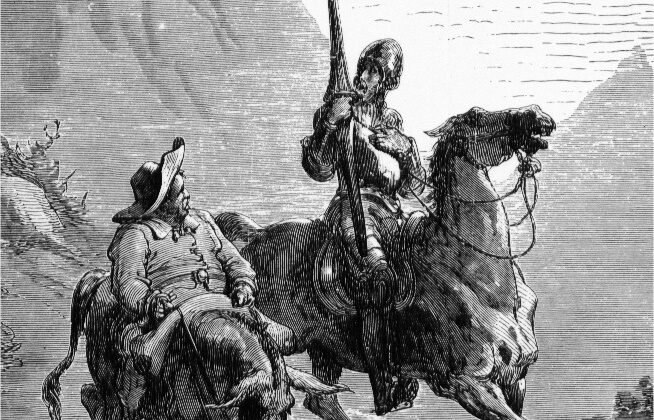 When I shop at Martin’s, our local grocery store here in Front Royal, Virginia, I am often struck by the physical infirmities of some of the older male shoppers. Some are in the store’s mobile carts, some are crippled and twisted by arthritis, and some, ground down by toil and hard living, shuffle along the aisles. Others, like myself, may be more mobile, but our faces bear the wrinkles, scars, and discoloration of tens of thousands of days lived on this planet.

Let me tell you something that you may not know about these men.

Though we have arrived at old age by unique pathways, most of us, I am certain, share one attribute in common. In our mind’s eye, the time-roughened face that greets us in the mirror each morning does not reflect the spirit in our heart and mind. Depending on our circumstances, and despite the wheezing in our lungs, the weakened vision, and the aching limbs, a younger man, I am convinced, abides within that battered frame of flesh—a soul possessed by dreams and ambition, regretful, yes, of past failures, yet hopeful too, even at this late stage of the journey, to make a difference in the world.

Here are two poems, two songs, and a movie that allow us a glimpse into the interior of such older men.

The Man of La Mancha

In the Broadway play “Man of La Mancha,” inspired by Cervantes’s 17th-century “Don Quixote,” an old gentleman declares himself “Don Quixote, the Lord of La Mancha” and sings “Hear me now/ O thou bleak and unbearable world,/ Thou art base and debauched as can be;/ And a knight with his banners all bravely unfurled/ Now hurls down his gauntlet to thee!”

Off this ancient and gallant knight rides to battle evil and answer the call of destiny. He reveals his vow and the object of his quest in the song “The Impossible Dream,” including such promises as “To fight the unbeatable foe,/ To bear with unbearable sorrow,/ To run where the brave dare not go.” He promises “To follow that star/ No matter how hopeless,/ No matter how far.”

To many casual observers of the elderly, this passion may seem nonexistent, a banked fire at best. But if they dig deeper, they may discover a bright flame inside the man, the desire even in the twilight of life “To fight for the right/ Without question or pause,/ To be willing to march into hell/ For a heavenly cause.”

We find such men throughout history. Winston Churchill, for instance, was well past 60 when he became prime minister and helped save the British people from the Nazis. Some of our presidents have served when they were past the age of 70 and showed themselves to be strong and courageous leaders.

Our energy and prowess may give way to Father Time, but in the heart, passion abides.

Some elderly men seek to follow that passion, to scratch another item or two from the bucket list, and to make a difference in the lives of others.

In Alfred Lord Tennyson’s blank verse poem “Ulysses,” we encounter one such hero. Tennyson depicts Homer’s wanderer as an old man “by this still hearth,” “an idle king” who reflects “How dull it is to pause, to make an end,/ To rust unburnish’d, not to shine in use!”

Like so many men nearing the end of their days, Ulysses knows that “Death closes all,” yet he longs for a last great adventure, “some work of noble note.” The poem’s conclusion so well sums up this desire for one last crack at life that it deserves inclusion here in full:

“Come, my friends,
‘Tis not too late to seek a newer world.
Push off, and sitting well in order smite
The sounding furrows; for my purpose holds
To sail beyond the sunset, and the baths
Of all the western stars, until I die.
It may be that the gulfs will wash us down:
It may be we shall touch the Happy Isles,
And see the great Achilles, whom we knew.
Tho’ much is taken, much abides; and tho’
We are not now that strength which in old days
Moved earth and heaven, that which we are, we are;
One equal temper of heroic hearts,
Made weak by time and fate, but strong in will
To strive, to seek, to find, and not to yield.”

“Though much is taken, much abides.” When we pity an old man for his crippled hands or his doddering gait, we might pause to remember that on the inside he may well be ablaze with vigor and enthusiasm.

For a number of years, I taught Advanced Placement Latin to seminars of homeschooling students. I have no degree in classics and only formally studied Latin for three years long ago, but I applied myself and made up in enthusiasm and hard work for what I lacked in training and skill.

As we read passages from Virgil’s “Aeneid,” his epic poem that follows Aeneas and his Trojan comrades as they travel the Mediterranean seeking a homeland, I became fascinated by this tale. The trials faced by settlers crossing unfamiliar seas and settling in strange lands, the religious beliefs brought by these wayfarers, and the clashes with natives—all bore a resemblance to our own American story.

Taking a cue from Tennyson, I imagined what Aeneas might have felt once the years had left him by his hearth with only his memories to sustain him, and so wrote “Aeneas Senex,” Latin for “Old Aeneas.”

“When once the chill of autumn bit your bones,
O Teucrian king, and red dawns woke you stiff
As bloodied oxen hide, untanned, half-dried;
When once Ascanius, beloved son,
Redeemed by you that night from burning Troy,
Cast hungry eyes upon your burnished throne,
When once the thick array of Dardan spears
Grew thin as Lombard’s winter grass, when men
Once strong now doddered through your halls—what then?

How did you wend that night-tide watch from dusk
To dawn, beset by cries of Cruesa’s ghost,
By glittering Sybil’s bough, by Hades’ shades,
By Latium’s dusty plains where Pallas fell,
By Turnus gutted by your bloody sword?

You and I have shared some common ground:
Like you I’ve lost a wife and friends to death,
Like you I sought my star of destiny—
But truth to tell, my days are but a jot;
I’ve only fought the skirmishes of life;
I’ve dared no caves of Pluto’s reeking hell
(Though I have walked the halls of human hearts);
I’ve faced no  shrieking Aeolian gales
(Though I have steered the storms of human souls.)

Yet still tonight I wonder, man of steel—

Did you like me see all your past as dream?
Did you like me look back with breaking heart
At life’s fierce sweep of days, the rushing grains
Of grizzled Chronos?—Did you like me
Bear wine to bed to make the dead lie still?
It comforts me some nights to think of you
Abed, half-drunk and drowned in Dido’s eyes.”

Regrets, losses, the aches and pains of flesh and memory: like passion and desire, these shadows of time also belong to a man in his last years.

How that man responds to those afflictions defines his character.

Windows to the Soul

In the movie “Secondhand Lions,” two elderly brothers, Garth (Michael Caine) and Hub (Robert Duvall), are living out their final years on a falling-down ranch in Texas when they take a young nephew under their wing. At one point, Garth is talking to Walter (Haley Joel Osment) about Hub and remarks, “A man’s body may grow old, but inside his spirit can still be as young and as restless as ever.”

Those of us who are old may look decrepit to you, but we are still alive with the fires of our youth.

In the musical “Man of La Mancha,” the “no longer young” Don Quixote has “eyes that burn with the fire of inner vision.”

If you wish to see those fires in old men, look us in the eye.