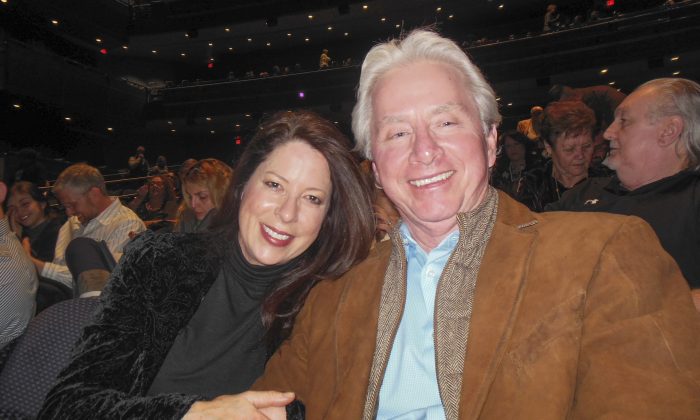 OKLAHOMA CITY—Shen Yun Performing Arts travels the world showcasing genuine Chinese culture and history. Many audience members are surprised when they hear that the traditional dance and music production cannot perform in China.

Little do they know, the current Chinese regime sees traditional Chinese culture, which is deeply rooted in Buddhism, Taoism, and Confucianism, as its greatest rival. They tried to systematically wipe this culture through various movements like the Cultural Revolution in an attempt to replace it with communist ideologies.

Thus in 2006, Shen Yun was born after a group of artists had the desire to revive China’s semi-divine culture that was nearly lost, and bring it to the world.

When investment banker Gary Tillman and event coordinator Trina Evans experienced Shen Yun they were impressed by the performers’ efforts to bring back the culture.

The pair saw the New York-based company perform at Civic Center Music Hall in Oklahoma on Feb. 26. Tillman said he was touched by the piece “Good in the Face of Evil” that tells a story of a girl who suffers persecution for her faith.

“I like the piece about the woman going to prison over her faith,” he said. “I like that. Shows strength of character. Devotion to what she believes in.”

“She stayed true to her faith, and it was very nice,” he added.

These stories portray themes like spiritual devotion, the benevolence of gods, good and evil retribution, and the search for the meaning of life, according to the company’s website. Such values are foundational to traditional Chinese culture and are not political in nature. Instead, they inspire audience members to reflect on modern society and the world around them.

Evans shared similar views to Tillman, saying that she appreciates how the performers are trying to share their stories and traditions with the rest of the world, despite facing challenges.

“There’s turmoil there, there’s a struggle within it. I believe China’s a country still trying to overcome that,” Evans said.

“I’d encourage them to keep doing that. Proud of them.”