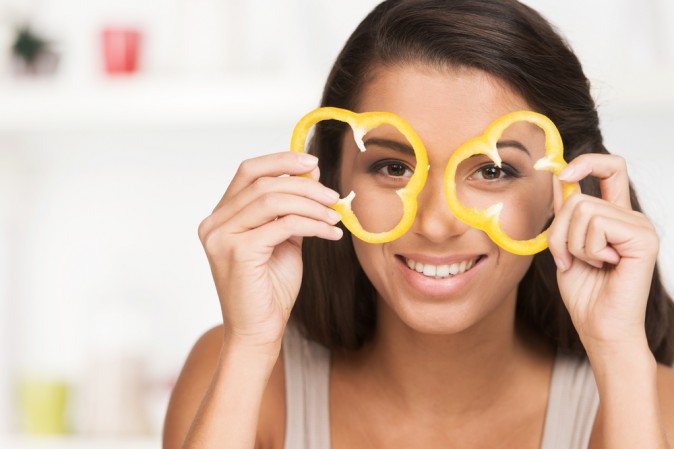 Oh, Poor Me, No Junk Food in my Childhood!

While growing up, food is what set me apart from my peers. Naturally, being the daughter of Dr. Fuhrman is going to result in some pretty unconventional school lunches and after school snacks. As a young child, it didn’t take me long to figure out that my friends were being packed ham sandwiches and chips and I was not. My parents only packed me healthy stuff, never processed foods, white bread sandwiches or Lunchables, those highly processed convenience foods that children thought (due to commercials) were as cool as winning a game of dodgeball. I did not try a McDonald’s French Fry until I was in the fourth grade. I felt like a rebel buying chocolate chip cookies in middle school, a thought process never occurring to my friends.

During my childhood, I chose to ignore the health consequences of what I ate and was a pleasure seeking eater, as any little one has a right to be. I was allowed to have pizza at lunch on some Fridays and I was never denied Carvel ice cream cake at my friend’s birthday parties. I looked forward to those Fridays and any other time my mom would let me eat something she deemed “unhealthy”. My parents were not completely rigid; they just only had healthy foods at home. They did not make me feel guilty or punish us if we strayed. They understood that kids need some flexibility and are going to want to explore the food culture in our society. Yet, while I had some occasional treats, I still wished I was like the other kids. I wanted a box of Brownie cookies when my Brownie troop sold them and I wanted my mom to buy me Lucky Charms like my friend Alyssa’s mom bought them for her. Don’t get me wrong, I liked, and even loved, many of the foods that were provided for me at home. Yet, as a young child, acceptance and pleasure trump health any day of the week.

Then everything changed. It began in the seventh grade and became an unstoppable force in eighth. Instead of being rebellious, I wanted to be the epitome of a healthful eater. The phrase, “You are what you eat,” finally kicked in, a pride in my unconventional eating habits blossomed, and I became an unstoppable walking nutrition encyclopedia. I went so far as to criticize my friends for their poor eating choices. “Are you really going to eat that donut?” I would proclaim, and then begin a diatribe on the dangers of consuming partially hydrogenated oils and trans fatty acids. Understandably, my friends were annoyed and thought I was nuts. After having so many friends become angry with me that year, I learned my lesson to set a good example, yet not attempt to give others diet advice unless I was asked.

Since that time, I have continued to appreciate eating a natural, plant based diet, not only because it is delicious, but because it grants me the gift of health. I could not be more grateful for being raised on our unconventional diet and I am happy to report that I suffered no permanent damage from being allowed only three pieces of candy on Halloween and no other candy. Many of the foods I grew up eating have become my favorite foods and I realize how fortunate I am to never have to transition to eating healthier foods, as I was already there from the get-go.

Let my previous words be words of encouragement to all mothers who are having difficulties raising nutritious eaters in our junk food world. Even if your child or children don’t appreciate the foods you are feeding them now or resent the denial of junk foods, they will in later years. Years that will be filled with good health, rather than debilitating health problems. Eating well is a lifestyle that should be embraced by the entire family and every child deserves to have the best start in life and can learn to love being “different,” just like I did.

Read Disease-Proof Your Child as a source of sound nutritional information for feeding kids right.

This article was originally published on www.drfuhrman.com