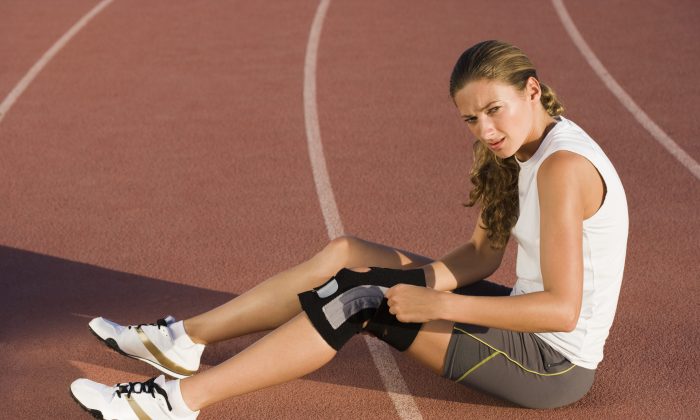 Athletes who injure their ACL in high school are more likely to re-injure it than athletes who hurt it for the first time in college. (Polka Dot Images/Polka Dot/Thinkstock)
Health News

Odds of Repeat Knee Injury Depend on Age

Athletes who have knee surgery to repair an anterior cruciate ligament (ACL) in high school or before may face increased risk of re-injury compared to those who hurt an ACL in college.

The majority of college athletes included in the new study could return to their sport after having knee surgery to repair an ACL injury.

“It’s very clear from our data that the younger the elite athlete, the higher risk for re-injury,” says lead author Ganesh M.V. Kamath, assistant professor of orthopedics at the University of North Carolina School of Medicine.

“It’s clear that these kids are going to get back to playing sports at a higher level, but there is something in their makeup that puts them at high risk for tearing the ACL in the same or the other knee again. Once the athlete though gets past adolescence, this risk seems to go way down.”

The study, published in the American Journal of Sports Medicine, systematically examines the return to play and re-injury rates among elite Division I college athletes after ACL surgery.

The researchers performed a retrospective medical chart review of all University of North Carolina athletes from 2000 to 2009 who had ACL surgery. A total of 89 men and women athletes from several varsity-level sports were included. Thirty-five had ACL reconstruction as before college while 54 had ACL surgery during college.

The two groups were very different, though, when researchers compared the re-injury and re-operation rates. The pre-college group had a 17.1 percent injury rate with their original ACL surgery with a 20 percent rate of an ACL injury in the other knee, compared to 1.9 percent and 11 percent for the collegiate group.

“This is the next necessary area of focused research in ACL surgery,” Kamath says. “We know that the vast majority of people do well, but unfortunately there are a select few, oftentimes the best athletes, who go on to re-injure themselves and require a second surgery.”

From University of North Carolina at Chapel Hill via Futurity.org