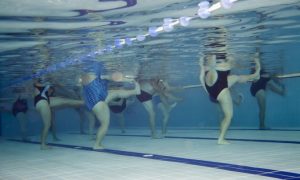 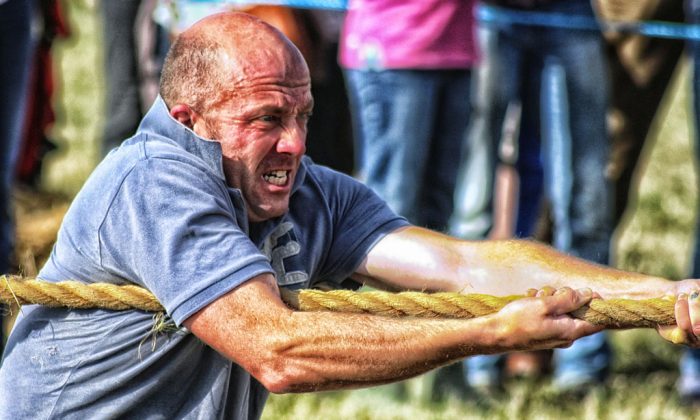 Obesity Wars Revisited: Is It the Meat or the Motion?

Obesity researchers have been in a tug-of-war for decades now—is obesity really that bad for us, or isn’t it? Is it getting worse or better? Is it a matter for individual choice or collective action? And in the past week, there’s been a new offensive in the obesity wars.

The authors of a rather incendiary editorial published in the British Journal of Sports Medicine started this round with the claim that the main cause of obesity was overeating, particularly eating too much refined carbohydrate. And, they added, physical activity plays little, if any role.

“You can’t outrun a bad diet,” they write, specifically attacking Coca-Cola for its line “all calories count,” which they say suggests “it is ok to consume their drinks as long as you exercise.”

What silence followed didn’t prevail for long. In a typically blistering response, Dr Steven Blair, writing on behalf of the Global Energy Balance Network which is partly funded by Coca-Cola, attacked the authors for flawed research and failure to disclose commercial interests.

The debate has put a spark to the tinder of a debate that’s been smoking for several years. Blair exchanged fire with other research luminaries in a 2013 skirmish when two US researchers claimed that public policy around obesity should have just one focus: controlling the food environment.

This debate is the obesity world’s equivalent of the Game of Thrones. It has everything: it pits armies of dietitians against physical activity researchers; it’s rich with aggressive accusations of pandering to base commercial interests; and it launches bombshells of academic delinquency if not outright fraud.

So where does the truth lie? Well, I shall reveal all. But first, let’s get one thing out of the way, because I can already hear the thunder of ad hominem attacks on the horizon.

I received direct funding, albeit quite modest, from Coca-Cola in 2014 to present at a conference in Dubai on physical activity. They also once sent me a very nice basket of fruit for a talk I gave to their executives.

And I’ve been involved in international projects led by groups that receive funding from the Coca-Cola company, but for which neither I nor my institution have received direct funding.

I have also received funding from the National Health and Medical Research Council, the Australian Research Council, Beyond Blue, the Department of Defense, the National Heart Foundation and Healthway, among many other government bodies and non-government organizations supporting research. And I receive royalty payments from UNSW Press, bless them.

Fire from the opposed camps—diet versus exercise—has been focused on two key strategic points: whether physical activity promotes weight loss; and whether the obesity epidemic is almost entirely due to increases in energy intake rather than decreases in energy expenditure.

Let’s take these one at a time.

A meta-analysis that looked at the previous 25 years of research found dietary interventions in obese participants resulted in a loss of five-and-a-half kilograms of fat, exercise in just over two kilograms, and diet plus exercise in almost eight kilograms. It seems it’s a little easier to overcome our gluttony than our sloth.

But this doesn’t mean that exercise is a waste of time for weight loss: cross-sectional studies consistently show that physically active people are leaner, and several longitudinal studies have shown that people who remain active have a lower risk of gaining fat.

So, is the obesity epidemic due to people eating more or exercising less? People don’t seem to be exercising more or less than they used to. Studies show little historical change in leisure time physical activity. But there have been big declines in occupational physical activity as workplaces have become automated and the service economy replaces manufacturing and farming.

A study looking at work-related physical activity over five decades showed declines of about 500 kilojoules a day in energy expended on the job by US workers. Another spanning 45 years suggests the time women spent on domestic chores required about 1,000 kilojoules less each day in 2010 than they did in 1965.

Declines in energy expenditure of this magnitude are more than enough to account for historical increases in fatness.

At the same time, and more surprisingly, while there are more calories around, there’s not much evidence that adults or children are eating more, at least since the turn of the century.

In 2008, one of my graduate students, Jo Stevenson, systematically reviewed studies reporting the energy intake of children. She found 2,148 reports dating back to 1856, covering 425,905 mainly European, North American and Australian children.

There was a consistent decline in energy intake of school-aged kids from 1920 onwards, at the rate of about 2 percent to 3 percent per decade, flattening out in the late 1990s. By 2000, kids were eating about 20 percent less than they did in 1920. Even conservatively allowing for under-reporting by fatter kids and methodological differences, the decline was still of the order of 1 percent to 2 percent per decade. Unfortunately, this research wasn’t published so I can’t link it here.

The evidence that adults are eating more may also be very suspect. Data from the periodic National Health and Nutrition Examination Surveys (NHANES) in the United States are often used to indicate upward trends in energy intake. But Blair’s team has previously convincingly argued—in a peer-reviewed article published in a well-respected journal—that these trends are likely to be artifacts resulting from changes in research methodology, and that dietary data are inherently unreliable anyway.

So historically, the evidence is that it ain’t the meat it’s the motion. But in practical terms, if you’re overweight, diet plus exercise is your best bet. And there’s something in that to satisfy both camps.

Even so, I suspect that many disinterested purveyors of truth are likely to end up as collateral damage in the crossfire of the obesity wars. And I, for one, am ducking for cover.

Tim Olds is a professor of health sciences at the University of South Australia. This article was originally published on The Conversation.