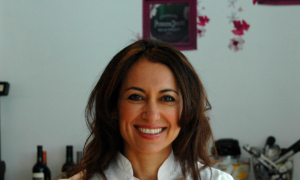 If you are an athlete, or for that matter anyone who regularly works and plays hard, then oats in the form of a muesli mix, porridge, cakes, or tea is just what your body needs as you push it to its physical limits.

Research carried out in Australia showed that athletes who were fed on an oat-based diet over a three-week period showed a 4 percent increase in stamina, according to The Encyclopedia of Medicinal Plants. This is in part due to the fact that oat-seed is endowed with good amounts of vitamins B and E and a rich supply of minerals including iron, potassium, and calcium. This combination both tones and stimulates muscles as well as the nerve supply to those muscles.

Oats have been shown to lower cholesterol levels and also contain an easily digestible source of vegetable protein, which can be very useful if you are subsisting on a vegetarian diet.

Oats have lower amounts of gluten than other gluten-containing grains, and many people who can’t tolerate gluten experience no problems with oats. Gluten intolerance can cause conditions like celiac disease and irritable bowel syndrome and less traceable complaints such as weight gain, depression, fatigue, and an increased tendency to airborne allergies.When it comes to food allergies, wheat allergies rate second only to those from cow’s milk in the Unites States today.

The benefits we can expect from any food will of course depend on how and where it was grown, its freshness, and the method in which we prepare it.

Food grown in modern soils have been shown to contain far less of the vitamin and mineral content of those foods that were consumed by our distant ancestors, not to mention all the chemical pollutants that modern agriculture has added to the food chain.

USDA studies indicate nutrient levels of foods grown in American soils from 1914 to 1997 have been shown to have decreased by as much as 96 percent for certain minerals and up to 43 percent for some vitamins. Among these foods, grains have proven to be the least affected by nutrient loss, and among the grains, oats have been least affected.

As dire as that sounds it is still possible to get our daily requirements, especially if we start the day with a bowl of hearty oats. They should be whole oats, steel cut or rolled, not the fast-cooking variety “quick oats” that have been over-processed and lost around half their nutritional value even before you open the packet.

Whole oats! I hear you say, they take way too long to cook! And I agree. Our ancestors traditionally used fresh cracked whole oats (groats) which they soaked overnight in water before rolling and cooking in the morning.

Some cultures like the Swiss soaked their oats in water with a small amount of yogurt culture added to it, which partially predigests the grains and makes minerals more bioavailable. You can do the same with modern steel cut oats. Rolled oats retain most of the goodness of the whole grain and require far less cooking time than whole oats, which will also ensure a higher content of vitamin B.

It would be preferable to purchase oats that have been organically grown as well. Organically grown! I hear you say, that’s far too expensive! And I agree. However if you consider that organically farmed grains, fruit, and vegetables have been shown to contain around twice the nutrient levels of those grown using chemical fertilizers and pesticides.

If you calculate on a price per nutrient basis, given that organically grown food does not usually cost twice the amount of non-organically grown food, then it is not really expensive at all. It is just an unfortunate reality of modern living that we must pay extra to not have our food contaminated with chemical fertilizers and pesticides.

While oats are well-known as a staple grain, you may be surprised to learn that it is also one of the most therapeutically useful of those herbs classified as nervines. Herbalists employ tinctures and extracts from oat-straw which is particularly rich in silica.

This mineral is essential for a strong and efficient nervous system as well as the energy for the movement of the kidneys and bowels. It is also essential for strong hair, bones, fingernails, and teeth.

Although almost everyone can benefit from oats in the diet, the sorts of people who benefit the most are your stereotypical outdoorsy types, sportspeople who are constantly pushing themselves to new levels of endurance.

Included amongst this group are sailors battling extreme conditions or even the laborers who push through physically challenging workloads day after day. As greater strains are placed on muscles (the heart is also a muscle), oats can help to fuel not only the energy and endurance required, but can also help sleep to come easily at the end of the day when it may be hard for muscles to relax after being adrenally saturated.

If it takes you days to recover after a physically exhausting training session, then a cup of oat-straw tea may be just what you need.

I would also add growing children to this group as they are especially in need of protein for building body tissue and vitamin E for optimum cell division, all found abundantly in oats.

Check with an herbalist if you think oats may be of benefit to you therapeutically. To make the tea, add two teaspoons of oat-straw to approximately eight ounces of water.