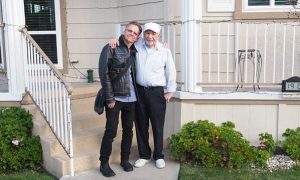 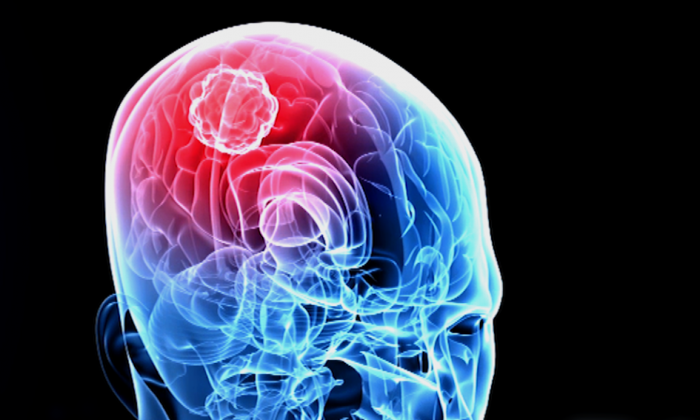 An illustration showing a brain with a tumor. (National Science Foundation)
Health News

A nurse in England diagnosed her own brain tumor after spotting a poster describing the symptoms and signs of brain tumors in people.

Chantal Smits, now 22, began suffering headaches and other minor symptoms back in 2014 during her first year as a nursing student.

“I felt tired all the time and used to fall asleep at 8 p.m., pretty much as soon as my daily shift was over,” Smits told The Sun. “But I put it down to the fact that at that time I was working 40 hours a week and writing essays all weekend. And in any case, all nurses are shattered half the time! It’s a hazard of the job.”

Smits took painkillers to make it through the day and chose not to see a doctor.

For four years she endured the pain and fatigue until she started working as a neurology anesthetic nurse at St. George’s Hospital in England.

She would assist surgeons operating on patients with brain tumors while she was suffering crippling headaches and taking eight tablets a day to manage the pain.

“But I still didn’t think too much about it,” she said.

“Then one day, while on the bus home, I felt an odd sensation—like rain was trickling down one side of my face. Yet still, I never told anyone about it. Comparing myself to those seriously ill patients I saw every day, I told myself my own symptoms were trivial and I would just have to put up with them.”

She finally realized in February 2018 that she had a brain tumor after reading a poster on the wall of the hospital that described the symptoms and signs indicating that people have the tumors.

“I thought, ‘Hang on a minute. Headaches, constant fatigue, occasional visual impairments—I have all those. Maybe I should go to the [doctor], just in case.’”

She did, and a head MRI revealed she had a large mass on her brain stem. Because of its position, doctors cannot operate on it.

There are an estimated 700,000 people in the United States living with a primary brain tumor, with about 80 percent of the tumors being benign, according to the National Brain Tumor Society. An estimated 79,000 more were going to receive a diagnosis in 2018.

Smits said she’s trying to live a normal life and the tumor is not growing at this time. She shared her story to raise awareness of brain tumors. Smits is supporting HeadSmart, a brain tumor awareness campaign that seeks to educate people about brain tumor symptoms.

“I consider myself lucky that my own tumor was caught early,” she said. “Looking back, I can see now that I had symptoms for a very long time. I shouldn’t have ignored them. Now I hope to help raise awareness of brain tumors and do something positive to help others.”

Smits also started a blog called Lobe Yourself and is fundraising through Just Giving.

She wrote, “By 2020 I am aiming to have raised £10,000 for The Brain Tumour Charity to help #FindACureSooner and ensure continued support and readily available resources for patients and families of those who have Brain Tumours.”