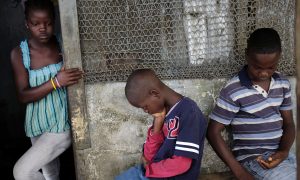 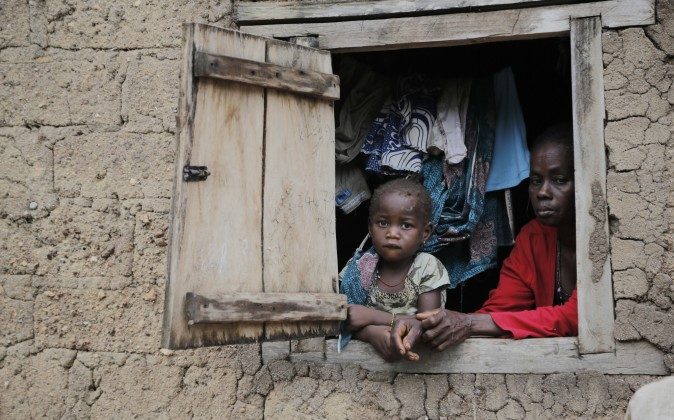 Number of Ebola-Affected Orphans in Liberia Triples; Patients Mysteriously ‘Disappearing’; Epidemic out of Control in 80% of Country

The worsening Ebola outbreak in West Africa is creating scores of orphan children, many of whom are likely infected as well, even as large numbers of carriers are “disappearing” from official tallies.

As reported by Britain’s MailOnline, perhaps as many as 12,000 children have been orphaned by the deadly disease, and while many appear innocent and happy to casual bystanders, they, too, could be carrying the insatiable virus as well.

News of the massive — and growing — number of Ebola orphans in Liberia especially, the hardest-hit country, comes as reports also note that the disease is still not under control, despite government claims to the contrary. As for the children, no Liberian authority has even managed to check on them, let alone monitor them for the virus.

This is the brutal truth about the outbreak that has ravaged West Africa and reached the U.S., Spain, Germany, and the U.K: not only are huge numbers of carriers simply ‘disappearing’ from official figures, but the number of children left orphaned is at least three times the size of existing estimates.

One of the most senior of Liberian officials in charge of the country’s battle against the disease, James Dorbor Jallah, told the British newspaper that the number of children orphaned by Ebola is probably three times as high as the 3,600 currently feared.

“It is a huge number. It pains my heart every time I think about them,” he told MailOnline. “Even if Ebola were to end tomorrow we would have that magnitude of children whose future is totally in limbo. It is heartburning.”

He also said that the virus has not yet reached a plateau, and that in an astounding 80 percent of the country the government is not in control. He also said that there are many instances of orphaned children living in homes where Ebola victims have died.

“It is very scary… People are moving freely, people who should be in quarantine, some people are under observations and then they disappear… and nobody knows where they’ve gone to,” Jallah said, adding that his agency is recording at least 100 new Ebola cases on a daily basis.

Even in the heart of the Liberian capital of Monrovia, the Clara Town slum, critical government lapses in proper quarantine and management of Ebola infections are obvious.

“I watch as the ten children run from the ‘Ebola house’ and mingle freely with the dozens outside – ignoring the chlorine-washing prescribed,” the MailOnline reporter, Gethin Chamberlain, wrote.

“Yards down the street, at a water pump, residents take it in turns to push down on the handle, no-one bothering to disinfect it or themselves, happily sharing jokes, no-one worrying about bodily contact. It doesn’t look like an area in lockdown,” Chamberlain continued.

The latest Ebola outbreak is the worst since the disease was first discovered in 1976. It has killed more than 5,000 people so far — at least, “officially” — though some analysts believe many more have died than have been counted, due to poor government services. And while international aid has begun pouring into the three countries hardest hit — Liberia, Guinea and Sierra Leone — the numbers of cases and deaths continue to rise.

Still, in recent days, the World Health Organization announced a decrease in new infections, but most healthcare experts and analysts say that is likely only a temporary respite.

Many who are believed to be infected by, or, at least, to have been exposed to, Ebola often venture out of their homes because they must: They will starve if they don’t.

As for disposing of bodies, most times there is no funeral — they are rushed away and cremated, because they are at their most infectious at the time of death.