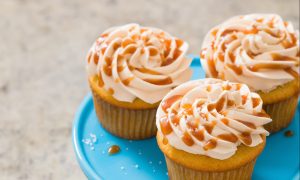 How to Make the ‘Perfect Cake,’ According to the Pros
0 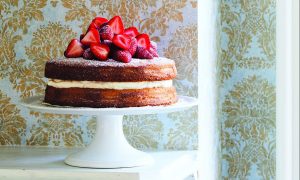 The Simple Joy of Homemade Cake
0 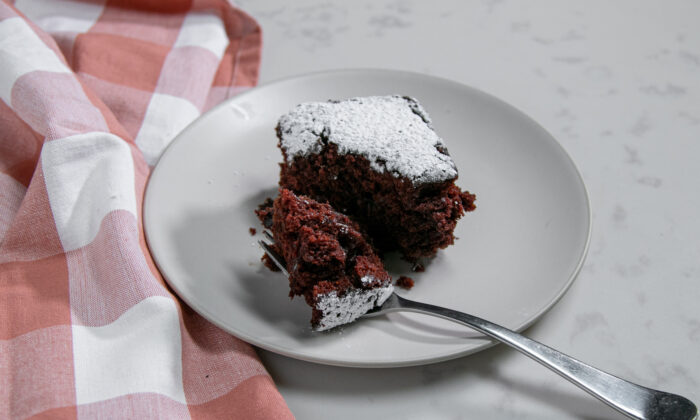 No Eggs, Milk, or Butter? You Can Still Make This Chocolate ‘Depression Cake’

Crazy cake, also known as Depression cake, is a family-favorite recipe passed down from tougher times
By Kevin Revolinski
Print

Along with toilet paper and Doritos, yeast has disappeared from store shelves. Bread itself still appears relatively abundant, but Americans seem to be returning to the grit of their forebears, planting victory gardens, raising chickens, and making things from scratch.

My maternal grandmother left us an abundance of recipes from tougher days that have remained family favorites. One was her chocolate “Depression cake,” which in our family is the traditional birthday cake, named for the hard times that inspired it, the strange recipe, and the method of mixing the batter.

The recipe doesn’t call for milk, butter, or eggs, items that would be expensive or in short supply. Grandma Girga used ingredients that even the poorest household would have on hand: flour, sugar, oil, and baking soda and vinegar.

She’d put the dry ingredients directly into an ungreased pan, making three depressions—no pun intended—for the wet ingredients. Finally, she’d add the water and give my mother and her two brothers forks to mix it and “keep them occupied.” Parents, I know you’re hearing that.

The cake functioned as a back-up treat when she was pressed for time, much easier to produce than her traditional Slovak kolaches. My mother made it for my father for his birthday when they were just married, and he has insisted on it every year since.

We all took to calling it “crazy cake.” As my mother explained, “We called it crazy because it was so simple. Who would mix a cake with a fork in a pan?”

The name is made more accurate by the madness that overtakes all of us in the house when the cake comes out of the oven, and we devour half of it still warm in the pan before anyone can even think of frosting it. In fact, we long ago gave up on frosting; if we even bother, a sprinkling of powdered sugar is as far as aesthetics go, and the occasional scoop of ice cream or Cool Whip isn’t bad either. As kids, we’d even just put a piece in a bowl and pour in a couple fingers of milk.

The concept of alternative-ingredient cakes goes back further than the Great Depression to the First World War.

By executive order, President Woodrow Wilson created the United States Food Administration and appointed Herbert Hoover to oversee food supply for the troops and allies. Sacrifices needed to be made at home, and the agency issued a 30-page booklet entitled “War Economy in Food With Suggestions and Recipes for Substitutions in the Planning of Meals,” a bigger mouthful than should have been allowed during wartime.

It included a recipe for a spiced “war cake,” made by boiling together molasses, corn syrup, water, a pack of raisins, lard, and spices, then combining the cooled mixture with flour (or oatmeal, a suggested substitution) and baking soda and powder. After baking, the cake “should be kept several days before serving,” the recipe noted.

So the country had already had a little practice with tightening belts when the Great Depression rolled around a decade later.

As I searched online and queried friends, I found many sources with very similar recipes to Grandma’s crazy cake, made with frugal ingredients any home cook would have on hand.

However, the two cups of sugar called for in the cake may seem a luxury during the scarcity and poverty of the time. Where did all those home bakers get sugar? Enter relief programs.

Under President Franklin Roosevelt’s New Deal, the Agricultural Adjustment Act of 1933 paid farmers to stop producing surplus products, to raise prices for their goods in a depressed market. While some surplus was destroyed, outrage from both the public and Eleanor Roosevelt prompted the government to distribute meat and surpluses of “basic commodities” as relief for families.

In a message to Congress on Feb. 8, 1934, regarding tariffs on sugar, President Franklin Roosevelt called upon members to “make sugar beets and sugar cane basic agricultural commodities.” They did so three months later, passing the Jones-Costigan Sugar Act, which also included wheat, corn, cotton, and tobacco. The result was price controls that kept necessities affordable.

As my grandfather used to point out, if you were fortunate enough to have farmland (not affected by the Dust Bowl or owned by a bank), you could still provide basic sustenance for yourself, while flour, sugar, and lard were part of free public assistance.

Flour came in 100-pound cotton sacks, which my grandmother would sew into shirts, pedal pushers (like Capri pants), table cloths, and pillowcases. Nothing went to waste.

Don’t be alarmed by the vinegar in the batter. When you stir it into the dry ingredients, it reacts with the baking soda to act as a leavening agent. Remember your childhood vinegar-baking soda volcanoes? No? Perhaps I am dating myself there.

The cake can be slightly denser than typical cakes, depending on the baking soda-vinegar reaction, and the coveted edge pieces have a light crunch to them, chewing almost like a cake-meets-brownie.

I’ve also found that a thin layer of soft, almost gooey cake remains on the bottom of the pan after you remove pieces. I am not ashamed to admit that I scrape that off and eat it, like chocolate-y paste. Nothing goes to waste.

Place the dry ingredients—flour, sugar, cocoa powder, baking soda, and salt—in an ungreased 9 x 13-inch pan, and with a fork, mix them well and spread them evenly.

Make three depressions in the dry ingredients. In the first depression, add the vanilla extract; in the second, the oil; and in the third, the cider vinegar.

Pour 2 cups of cold water over the entire pan and mix well until smooth with a fork.

Pop it in the oven and bake for 40 minutes. You can insert a toothpick in the center and if it comes out clean, it’s done. When the cake cools, sprinkle it with powdered sugar—if there’s any cake left, that is.