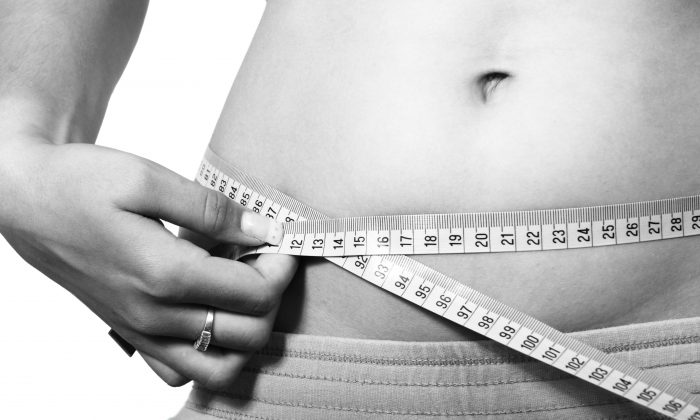 No Amount of Excess Weight Is Healthy: Study

Being even slightly overweight in adulthood may increase a person’s risk of early death, a new study finds.

Earlier this month, researchers at Boston University and Harvard University published a review of three studies that together followed more than 225,000 adults, all health care professionals, for eight to 20 years. The review showed that being even slightly overweight can increase a person’s risk of dying by 6 percent, and for those who are obese, by a whopping 73 percent.

The main causes of death were heart and lung disease and cancer. And the more overweight people were, the greater their chances of dying prematurely.

The findings contradict a previous study that analyzed nearly 100 studies that appeared to show that being slightly overweight was healthful, which came to be known as the “obesity paradox.” The authors of the recent study explain that the major flaw in that study was that it only measured participants’ body fat once, so there was no way to see whether they had lost weight over time.

This meant the studies couldn’t determine if being overweight was really a protection against early death, or if a lower weight was a signal that a person was sick and near death, since it’s common for people with a terminal illness to lose weight.

The authors proved the previous studies were flawed because in their new study, they showed that the highest death rates occurred among those who were previously overweight and had lost a significant amount of weight due to illness.

Almost two-thirds of American adults are at increased risk of premature death because they are overweight. Roughly one-third of U.S. adults are overweight and another third are obese, according to the Centers for Disease Control and Prevention. A male who is 5 feet 10 inches tall is usually considered to be overweight at 174 pounds and obese at 209 pounds.

Want to Lose Weight? Train the Brain, Not the Body

Everyone’s blood sugar rises after eating, but to keep it from rising too high, the pancreas releases insulin into the bloodstream. Insulin lowers blood sugar by driving sugar from the blood into the liver. If the liver is too full of fat, it does not accept the sugar, which drives blood sugar levels even higher.

Having excess fat around the belly and in the liver can be caused by a genetic predisposition, but it can also be from eating foods that are high in added sugars and other refined carbohydrates, such as white rice, baked goods, pasta, and most commercial breakfast cereals.

All refined carbohydrates, particularly those with free sugars, cause a spike in blood sugar. The body tries to reduce the amount of blood sugar by converting the excess sugar immediately into a type of fat called triglycerides, which are shuffled from the bloodstream to the liver, causing a fatty liver.

If you can pinch more than two inches of fat under the skin next to your belly button, you are at increased risk of storing fat primarily in your liver and are also at increased risk of diabetes, heart attacks, certain cancers, and premature death. Ask your doctor to check your blood pressure, blood sugar, and cholesterol levels and get a liver sonogram to see if your liver is full of fat—a signal that your blood sugar is already rising too high after meals.

If you have any of these markers of increased risk for premature death, you should immediately start a program to help improve your health. I think everyone should follow the same program (in consultation with your doctor):

Dr. Gabe Mirkin has been a practicing physician for over 50 years. He is board–certified in sports medicine, allergy and immunology, pediatrics, and pediatric immunology. “The Dr. Mirkin Show,” his call-in show on fitness and health, was syndicated in more than 120 cities.  This article was originally published on DrMirkin.com. Subscribe to his free weekly Fitness & Health newsletter.