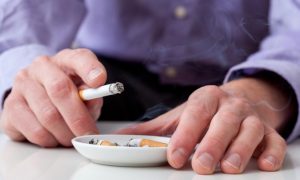 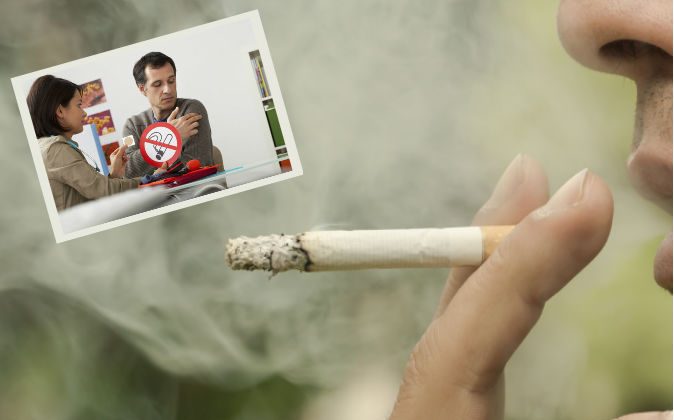 How quickly your body breaks down nicotine may determine if a pill or a patch will be the most effective way to quit smoking.

“In this new trial, we’ve shown that it is possible to optimize quit rates for smokers, while minimizing side effects, by selecting treatment based on whether people break down nicotine slowly or normally,” says Rachel Tyndale, a professor of pharmacology, toxicology, and psychiatry at the University of Toronto.

In normal metabolizers, nicotine levels drop more quickly, putting them at risk of succumbing to cravings and relapse. Normal metabolizers are more likely to be helped by medications such as varenicline—known by the brand name Champix—which can increase levels of the “feel-good” hormone dopamine and reduce cravings.

Normal metabolizers of nicotine are significantly more likely to remain abstinent from smoking after treatment with varenicline compared to the nicotine patch, at the end of treatment, and six months later.

Slow metabolizers, on the other hand, could benefit the most from the nicotine patch. Varenicline is just as effective as the patch for “slow” metabolizers, but can lead to more side effects than the patch.

“This is a much-needed, genetically informed biomarker that could be translated into clinical practice,” says co-lead author Caryn Lerman, professor of psychiatry at University of Pennsylvania. “Matching a treatment choice based on the rate at which smokers metabolize nicotine could be a viable strategy to help guide choices for smokers and ultimately improve quit rates.”

Unfortunately, there are no commercial tests for this biomarker on the market—so, right now, smokers and their physicians currently have no way of knowing which approach is likely to work best.

Researchers hope the findings will spur others to create a test that could be used by doctors to optimize the cessation rates for all people without unnecessarily exposing them to a drug which doesn’t work as well, or has avoidable side effects.

As reported online in the Lancet Respiratory Medicine, the clinical trial categorized 1,246 smokers who were seeking treatment as either slow metabolizers (662) or normal metabolizers (584).

Participants were randomized to receive one of the following for 11 weeks: the nicotine patch plus a placebo pill; varenicline plus placebo patch; or both placebo pill and patch. All received behavioral counseling. The trial was conducted at four academic medical centers.

Status as either a normal or slow metabolizer was based on a measure called the nicotine metabolite ratio (NMR). NMR is the ratio of two chemical products of nicotine, which break down at different rates based on different genetic versions of CYP2A6, a liver enzyme. Participants’ smoking behavior was assessed at the end of treatment, and six and 12 months later.

Among normal metabolizers, nearly 40 percent taking varenicline were still abstaining from smoking at the end of treatment, compared to 22 percent on the nicotine patch. The quit rates, as expected based on the difficulty of prolonged quitting success, decreased at six and 12 months, but the overall pattern of response for both normal and slow metabolizers on the patch and varenicline remained.

*Images of “smoking” and “non-smoking” via Shutterstock