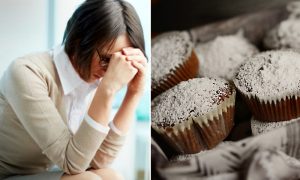 Drinking a sugary can of soda could be speeding up the growth of colon cancer tumors, according to a new study.

The study, conducted by a combined team from Baylor College of Medicine in Houston, TX and Weill Cornell Medicine in New York City, NY, and published in the journal Science, found an evident link between sugary drinks and the accelerated growth of colon cancer tumor.

The researchers performed experiments on mice that were genetically modified to develop colon tumors even when they consumed just water. They removed an important gene called APC to simulate a mutation with very similar characteristics to fast-growing colon cancers in humans. APC plays a critical role in the growth of intestinal cells. Without APC, these cells simply won’t stop growing or die and eventually form early-stage tumors.

During the study, one group of mice was fed with 25 percent high-fructose corn syrup (HFCS), the type of sweetener that manufacturers most commonly use as an ingredient in various soft drinks in the United States. The dose was equivalent to one can of soda. The other group received only water.

When researchers compared the size of the tumors in both groups, they found that the rodents that were fed with sugary drinks once a day for 2 months, despite not having gained too much weight, had indeed developed larger, more advanced tumors in their guts than the control group that had only received water.

“We were not able to show that giving high-fructose corn syrup causes new tumors because these mice develop tumors even on normal diets free of added sugar,” the study’s lead author, Cornell’s endocrinologist Dr. Marcus D. Goncalves, said in a statement. “But when you give them this additional sugar, the tumors grow much bigger.”

Co-corresponding author Dr. Jihye Yun, Baylor’s assistant professor of molecular and human genetics explained:“These results suggest that when the animals have early stage of tumors in the intestines—which can occur in many young adult humans by chance and without notice—consuming even modest amounts of high-fructose corn syrup in liquid form can boost tumor growth and progression independently of obesity.”

Although the researchers agreed that more studies have to be done to further prove that these findings fully apply to humans, they hope their research will raise awareness in those who have colon cancer or are at high risk of developing it—encouraging them to avoid sugary drinks.

It’s certainly not the only recent academic research warning the public about such potentially harmful consequences on human health; earlier this week, a Harvard study published in the journal Circulation explained how drinking just one can of soda per day can significantly raise the risk of dying from heart disease.

According to Mayo Clinic, HFCS is chemically similar to table sugar. Controversy exists, however, about whether the HFCS is handled by the human body differently from table sugar. Although there’s no decisive evidence that HFCS is any less healthy than other types of sweeteners, it’s true that too much added sugar—no matter what kind—can contribute to unwanted calories that are linked to health problems—including weight gain, type 2 diabetes, and increased risk of heart diseases.