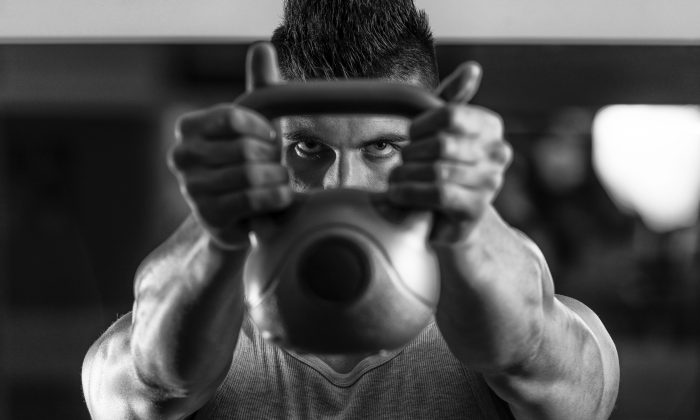 Everybody knows that exercise is good for the whole body, and is an integral part of total wellness. Some studies have examined how exercise affects the brain, cognition, and even mental health, though they often focus on cardio. For the first time, scientists are taking a closer look at what happens to the brain when people embark on a weight lifting or resistance training regimen. Though more studies will need to be conducted, the preliminary results suggest more people should be headed to the gym if they want to beef up their brains.

Our Brains are Plastic and Malleable

The human body is absolutely remarkable, and when given the nutrients it needs, it runs efficiently. It fights infections, manages toxins, and even repairs the damage we subject it to. The brain does this, too, and continually sheds and adds connections and neurons throughout the course of our lives. This type of adaptability is why some people recover from strokes or brain injuries particularly well. When one pathway stops working, another will open up, and information continues to flow freely.  Generally speaking, a person who lives a healthy life and provides the brain with healthy nutrients while limiting toxins and avoiding damage, has a higher chance of recovery from a serious incident.

Unfortunately, the Brain’s Ability to Repair Itself Tends to Decline with Age

By late middle age, most people start to notice the effects of age on their bodies. Vision starts to fade, the skin loses some elasticity, and fine lines begin to form. One symptom people can’t see, however, are age-related brain lesions within the white matter. In more youthful years, these lesions or holes would likely repair themselves, but with age, they often widen or multiply. The white matter is responsible for passing messages from one section of the brain to another, so as damage progresses, memory begins to fade. While the presence of lesions does not necessarily mean that cognition has declined, studies have shown that those who have more lesions have less mental dexterity.

Research has shown cognitive loss can often be prevented or at least slowed. Prior studies have shown that people who exercise regularly have fewer lesions, and those who begin an exercise routine can actually slow down the formation of new lesions. Professor Teresa Liu-Ambrose of the University of British Columbia in Vancouver likens the brain to muscles. Both tend to shrink with age, but if a person uses them, they will stay stronger.

People often notice the change in gait that comes with age, which is usually attributed to a loss of muscle mass. After all, it’s difficult to walk smoothly and steadily when muscles begin to shrivel. However, scientists have now discovered that there’s a link between gait and white matter lesions. Whether the loss of steadiness leads to a decline in brain health or both are symptoms of the same cause remains unclear. In any case, both cognitive ability and gait are improved with aerobic exercise.

Professor Liu-Ambrose hypothesized that if aerobics can help maintain brain health, perhaps weight lifting can, too. She gathered together a group of women between the age of 65 and 75 who already had lesions in their white matter. With the assistance of nursing care, each participant’s speed and gait were measured. A control group was instructed to engage in balance training and stretching. The rest worked both the upper and lower body with light weight training. Half of the weight training group worked out once a week; half worked out twice a week.  After a year, gait and speed were measured again, and another brain scan was performed. The control group experienced an all-around decline and developed more lesions. Weekly weight training participants also declined and developed more lesions. However, those who hit the gym twice each week developed fewer lesions. Their speed and gait was better than those in the other groups, too.

More research still needs to be done to see how much improvement can come from lifting weights. It’s possible that additional time at the gym can produce more dramatic results, though benefits might cap off at two visits per week.