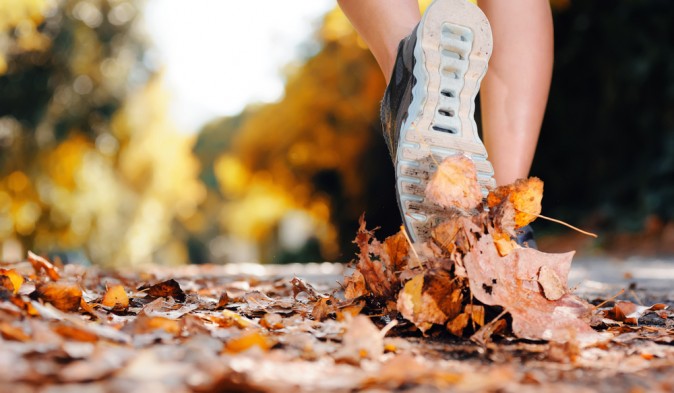 A new study by researchers at Humboldt State University and the University of Colorado, Boulder is shedding light on an unexpected benefit of jogging in older adults.

The study looked at adults over the age of 65—some of whom walk for exercise and some who run for exercise. The researchers found that those who run at least 30 minutes, three times a week were less likely to experience age-related physical decline in walking efficiency than those who simply walked.

In fact, the older runners were 7-10 percent more efficient at walking than those who didn’t jog.

The paper will be published online in the journal PLOS ONE Nov. 20.

“What we found is that older adults who regularly participate in high aerobic activities—running in particular—have what we call a lower metabolic cost of walking than older, sedentary adults. In fact, their metabolic cost of walking is similar to young adults in their 20s,” said Justus Ortega, a Kinesiology Professor at Humboldt State and director of HSU’s Biomechanics Lab.

Metabolic cost is the amount of energy needed to move and naturally increases as we age. High metabolic cost contributes to making walking more difficult and tiring. Decline in walking ability is a key predictor of morbidity in older adults.

Participants were asked to walk on a treadmill at three speeds (1.6, 2.8 and 3.9 miles per hour) as researchers measured their oxygen consumption and carbon dioxide production.

Overall, older joggers were 7-10 percent more efficient at walking than older adults who just walked for exercise. Their metabolic cost was similar to young people in their 20s.

Researchers aren’t yet sure what makes joggers more efficient than walkers but they believe it may have something to do with the mitochondria found in cells. Evidence suggests that people who exercise vigorously have healthier mitochondria in their muscles.

“The bottom line is that running keeps you younger, at least in terms of efficiency,” said Rodger Kram, a Professor of Integrative Physiology at the University of Colorado, Boulder, and a co-author of the paper.

Future studies are planned to examine whether other highly-aerobic activities—such as swimming and cycling—also mitigate age-related physical decline.

*Image of “feet” via Shutterstock