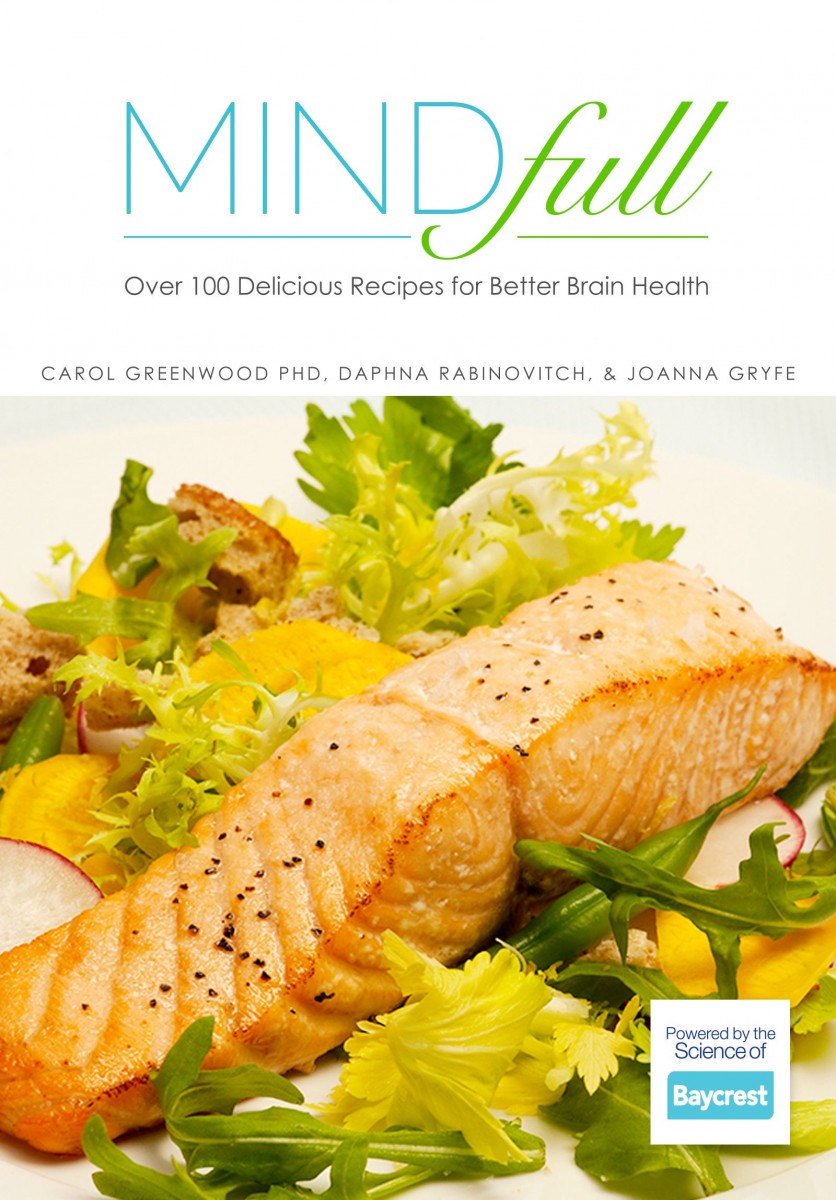 The cover of “Mindfull,” a new e-book that offers consumer-friendly information on the science of nutrition and brain health along with 100 recipes. (Courtesy of Baycrest)
Health

With dementia rates expected to soar in the coming years as Canada’s population ages, there couldn’t be a more opportune time for a cookbook offering information and recipes geared toward maintaining good brain health.

“Mindfull,” an e-book just launched by Toronto-based Baycrest, is being billed as the world’s first science-based cookbook for the brain.

Baycrest, affiliated with the University of Toronto, is a global leader in developing and providing innovations in aging and brain health and one of the world’s top research institutes in cognitive neuroscience.

In creating the 300-page book, Dr. Carol Greenwood, a nutrition and cognitive scientist with the Rotman Research Institute at Baycrest Health Sciences, teamed up with Daphna Rabinovitch, an award-winning recipe developer and food writer, and Joanna Gryfe, a food and media expert.

“Mindfull” provides consumer-friendly information on the science of nutrition and brain health along with 100 recipes designed to “fire up your synapses.”

The Alzheimer Society of Canada estimates that 60 percent of Alzheimer’s diagnoses are attributed to lifestyle choices. Studies have shown that poor eating habits and a lack of physical and intellectual stimulation are actually stronger drivers for dementia than genetics alone.

“We know that diet is an important predictor of how well our brain ages and that people who have better quality diets have greater preservation of their brain function with aging,” Greenwood said in a release.

In the e-book, Greenwood debunks myths about nutrition and gives advice on what to eat to promote optimal brain health and healthy aging.

The book covers everything from breakfast and lunch to appetizers and desserts, and lists many spices and herbs that are thought to have brain-protective compounds and can be used to enhance the flavour of food.

It also includes a handy reference chart of foods that are rich in brain-healthy nutrients such as Omega-3 fatty acids, vitamin E, fibre, folate, vitamin B12, polyphenols, and mono-unsaturated fats.

There are also recipes for people-on-the-go who don’t always have time to prepare nutritious meals.

“There are a number of recipes in the book that you can make in less than 15 minutes,” Greenwood said.

“It really starts with your selection of foods when you’re in the grocery store. Look for fresh fruits, vegetables, nuts, and grains that can be easily incorporated into salads, for example. These are quick and nutritious meals.”

The book is available as a $9.99 download from e-book retailers iTunes, Amazon, Kobo, and is coming soon on Google Play.

Proceeds from the sale of the e-book will support Baycrest programs and services that promote excellence and innovations in aging and brain health.