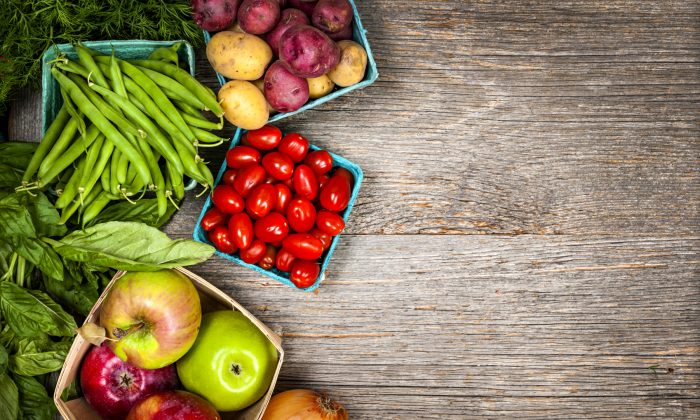 New Eating Disorder Is Sometimes Misdiagnosed as Anorexia. But What Is It?

Lots of people found out about a relatively new eating disorder on November 4 after an article about it went viral on Facebook.

“The problem is that we have moralized eating, weight, food, and exercise.”

The disorder is called orthorexia, and was first coined by Dr. Steven Bratman back in 1997.

Many people are gaining an increasing awareness of how unhealthy some regularly consumed foods are, such as conventionally raised meat, and are turning to healthier alternatives–but that doesn’t automatically mean they have the disorder.

Instead, those who have it are steadily devoting more and more time and energy on planning what to eat and drink, preparing the foods and beverages, and thinking even more about what they’re ingesting.

According to Broadly, the disorder was brought to the mainstream by Jordan Younger, a 25-year-old California lifestyle blogger who became a raw vegan. Her tens of thousands of followers were treated to blog posts and pictures of her healthy life, but things soon got out of control.

Younger started getting obsessed with cleanses, after numerous companies sent her the cleanses for free. She became “became riddled with anxiety about the food she ate.”

She read about her symptoms and decided she was suffering from orthorexia.

“Once I started talking about experience with orthorexia on my blog and national news picked up on it, a flood of people came forward saying they identified with me,” said Younger, whose Breaking Vegan book recently came out. “We’re talking tens of thousands of messages. It’s been a year and a half and I haven’t stopped hearing from people. It’s not that number anymore; it’s a couple people a day now, but it showed me how many people feel inadequate and feel that living a balanced life is not enough.”

In extreme cases, the disorder can even lead to death. Bratman noted one such example of a woman who contacted him, and later tried to recover, but eventually died of heart failure brought on by orthorexia-induced starvation.

Kaila Prins, a health and wellness coach, was one of those suffering from orthorexia but misdiagnosed with anorexia, the disorder that features self-starvation and excessive weight loss. “I was not not eating. I was just eating so healthfully and so restrictively that I was very sick,” Prins noted to Broadly. Bratman said in a blog post that orthorexia is related to but quite distinct from anarexia.

“The primary feature distinguishing orthorexia from anorexia is that while a person with anorexia focuses on weight, a person with orthorexia obsesses about purity. People with anorexia possess a distorted body image in which they see themselves as fat regardless of how thin they really are, whereas those with orthorexia constantly struggle against feelings of being unclean or polluted by what they have eaten, no matter how carefully they monitor their diet,” he wrote.

“Both conditions involve control, but whereas an anorexic seeks continually to reduce weight, an orthorexic feels compelled to achieve ever great heights of dietary perfection; to feel entirely clean, pure and transparent. Sometimes people recovering from anorexia ‘graduate’ to orthorexia, keeping their disordered eating habits and moving the focus from weight to purity.”

Bratman suggests reading his Health Food Junkies book to learn more, but if people feel they might have the disorder and can’t manage it on their own they should visit a specialist for help.