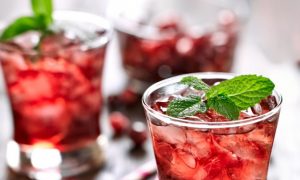 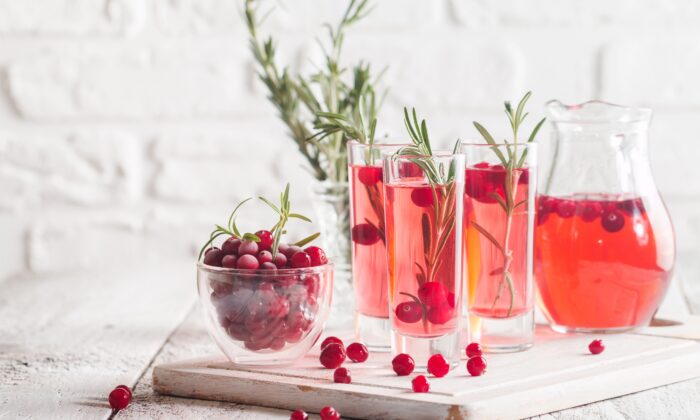 While antibiotics are typically prescribed to treat urinary tract infections, there are effective home remedies that can treat and prevent UTIs—naturally. (Goskova Tatiana/Shutterstock)
Mind & Body

Stay a step ahead of urinary tract infections by boosting your diet with some of nature’s best UTI-fighting foods.

Lower UTIs typically aren’t severe, although they can cause mild to moderate pain and discomfort. Symptoms of a lower UTI may include an urgent or more frequent need to urinate, a burning sensation when urinating, and pelvic pain.

While antibiotics are typically prescribed to combat a urinary tract infection, there are several effective home remedies that can help you relieve symptoms and may even support you naturally in preventing UTIs.

Staying properly hydrated is always important, but it takes on extra significance when you’re fighting illness. Drinking at least four to six cups of water per day, and two to three cups per hour if you’re sweating heavily, is a good general rule for healthy adults, but if you suspect you have a UTI, upping your water intake can support healing in several key ways.

First, urinating more often helps flush bacteria out of the urethra, which can ease symptoms and speed healing. Secondly, increasing your water intake helps to dilute the bacteria in urine that could aggravate UTI symptoms.

For this reason, never resist the urge to pee if you have or suspect you may have a UTI.

The most widely known home remedy for treating a UTI—drinking cranberry juice—is more than just a superstition. This remedy is scientifically proven to support urinary tract health.

The American cranberry bush thrives in the cooler Northern Hemisphere, producing tart, red berries with a sour flavor profile. Known for their bright red color, cranberries are loaded with polyphenols, plant-based nutrients that deliver a potent antioxidant punch. Polyphenols are associated with protection against a host of health problems, including the development of certain cancers, cardiovascular diseases, and more.

Cranberries, eaten whole or as a natural juice beverage, help prevent UTIs by inhibiting bacteria from attaching to the lining of the urinary tract. The Cranberry Institute recommends drinking eight to 16 ounces of pure cranberry juice daily as a preventative, especially if you are prone to urinary tract infections.

If you opt for whole berries, adding orange peels to the cooking mixture provides a naturally sweet essence that complements these tart berries. You can also toss a handful into your fruit smoothie to balance the sour nature of cranberries and appease even the sweetest of palates.

Garlic is a popular natural remedy used to treat a wide array of physical ailments such as viral, fungal, and bacterial infections. Garlic has even proven effective against E. coli, the bacteria most often associated with UTIs.

Garlic’s UTI-preventative properties are attributed to the antibacterial activity of allicin, the sulphuric compound that is produced when garlic is pressed or chopped. A 2009 study showed that garlic blocks urinary tract and kidney infections caused by the bacteria Pseudomonas aeruginosa, which is associated with the use of catheters.

Garlic is so effective at suppressing bacteria, it has been used by Ayurvedic and Greek systems of medicine as an aid in fighting tuberculosis since ancient times.

Allicin and garlic supplements are considered safe for most people and are available in extract and capsule forms, often without odorous side effects. You can also consume garlic cloves, but make sure to chop or chew them first for optimal benefits.

The over-prescription of antibiotic drugs has led to a public health crisis. The growing problem of drug-resistant UTIs has made what used to be a simple treatment—a short course of a common antibiotic—into a complex health consideration.

Natural medicines are sometimes regarded as less strong or effective than pharmaceutical drugs like antibiotics. In the case of grapefruit seed extract, however, it’s not only potent, it may even be more effective at treating antibiotic-resistant UTIs.

A 2005 study published in the Journal of Alternative and Complementary Medicine observed treatment of three middle-aged men and one female diagnosed with urinary tract infections. All four patients were treated orally with grapefruit seed extract (GSE) for two weeks.

Three of the patients were relieved of symptoms in that timeframe, while the fourth patient experienced the reversal of a pattern of antibiotic resistance after suppressed growth of bacteria that had been resistant to three strains of antibiotics.

Researchers concluded that treatment with GSE at a dosage of five to six seeds or equivalent extract every eight hours is comparable in effect to proven antibacterial drugs.

Vitamin C is one of the best go-to vitamins when you start feeling under the weather. Consuming citrus and foods that are high in vitamin C has an energizing effect that is useful when you are fighting back illness. But vitamin C’s antibacterial properties are another reason to keep oranges and grapefruits—and other vitamin-C-rich foods like kiwi, bell peppers, and broccoli—on standby.

One of vitamin C’s functional mechanisms is making urine more acidic, which helps prevent bacteria from growing in the urethra. Vitamin C (ascorbic acid) supplements taken at a dose of 100 milligrams (mg) daily has been clinically shown to significantly reduce the frequency of UTIs among pregnant women, a population group that is especially susceptible to this type of infection.

Vitamin C can be consumed in supplement form, or you can increase the amount of vitamin C-rich foods such as citrus fruits and leafy green vegetables in your daily diet.

*WARNING: Always consult a medical herbalist or your health care practitioner when using both natural and pharmaceutical medicines for any diagnosed condition. This article is for informational purposes only and not intended to be used as medical advice.