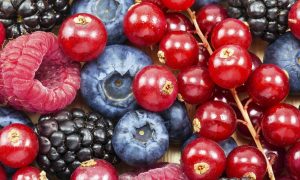 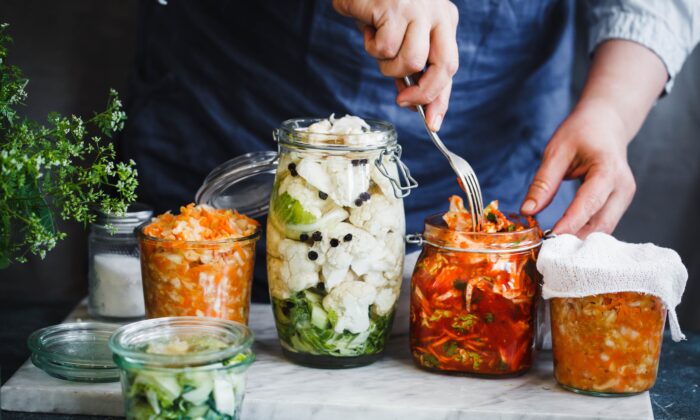 Type 2 diabetes develops when your body’s ability to process glucose for fuel becomes impaired, resulting in too much sugar circulating in your bloodstream. Type 2 diabetics may require daily insulin injections to compensate for a lack of adequate insulin production in the pancreas, a dangerous condition if left untreated.

Formerly called adult-onset diabetes, this chronic condition has become so ubiquitous in the U.S. that it’s now common in younger people. Type 2 diabetes symptoms may go undetected for years and can include:

While there is no prescribed cure, Type 2 diabetes is highly responsive to lifestyle changes such as losing weight, getting regular exercise, and making healthy dietary adjustments. We’ve compiled a list of nine natural substances for Type 2 diabetes that have been clinically shown to help improve the signs and potentially reverse the symptoms of this pervasive disorder.

Vitamin D is a fat-soluble vitamin that is produced endogenously by your body when exposed to sunlight, and is present in certain foods and supplements. Vitamin D, which is actually a hormone, promotes numerous biological activities, including calcium absorption, bone growth and repair, and glucose metabolism. It is vitamin D’s positive impact on blood sugar that makes it a must-have nutrient to support diabetics and pre-diabetics.

Probiotics are a well-known gut-health supplement, but did you know they can support the health of diabetics? The subject of much research, probiotic supplementation has been shown to improve multiple biomarkers in diabetic patients, making probiotics, either from fermented foods or in supplement form, high on the list of safe adjunct therapies for Type 2 diabetes.

Published in the journal Pharmacological Research, a review and meta-analysis of randomized controlled trials on the effects of probiotic and prebiotic supplementation in diabetic patients found these substances significantly decreased C-reactive proteins that mark oxidative stress compared to placebos.

In addition, probiotic and prebiotic supplementation was found to increase total antioxidant capacity among patients with diabetes. Supplementation with a high-quality probiotic was associated in another study with significant improvement in glycated hemoglobin and fasting insulin levels in Type 2 diabetes patients.

It’s estimated that 61 percent of U.S. adults are deficient in magnesium. Low intake of this critical nutrient is associated with increased risks for chronic diseases including cardiovascular disease, osteoporosis, and Type 2 diabetes. Type 2 diabetics may be even more sensitive to deficiency since magnesium is required by the pancreas in insulin production.

Expounding on research showing that higher dietary intakes of magnesium (Mg) seem to correspond to lower diabetes rates, a 2016 study reviewed eligible randomized controlled trials and found that magnesium treatment reduced fasting plasma glucose and improved insulin-sensitivity parameters in patients with diabetes and in those at risk of diabetes.

Other studies show that magnesium deficiency can worsen symptoms of diabetes, and high-dose supplementation can improve insulin resistance and may help prevent complications in Type 2 diabetic patients.

Ascorbic acid, commonly known as vitamin C, is a powerful antioxidant that helps protect cells from free radicals, the unstable molecules that are believed to cause cellular damage linked to illness and aging. As with all vitamins and minerals, consuming the recommended daily allowance of vitamin C is key for optimal health, especially for Type 2 diabetics and those at risk of diabetes.

Vitamin C deficiency is linked to chronic inflammation, joint pain, and poor wound healing—symptoms that are also prevalent among Type 2 diabetes sufferers. Supplementing with vitamin C has been shown to improve glycemic control and blood pressure in people with Type 2 diabetes, and there is evidence to suggest that vitamin C intake is inversely associated with Type 2 diabetes.

Ensuring that you consume adequate amounts of this critical vitamin is both easy and delicious. Besides a high-quality supplement, citrus fruits and berries are loaded with vitamin C, as are red and green peppers, tomatoes, and greens like broccoli and kale.

Omega-3 fats play an important role in your body and may be especially important for Type 2 diabetics. These essential fatty acids provide structure to cell membranes and are found in the brain, retina, and sperm in high concentrations. Studies demonstrate that omega-3 fats may improve symptomology associated with Type 2 diabetes by enhancing metabolism and lowering risks of comorbidities.

A study on Type 2 diabetic patients who were fed liquid nutrition found that those who consumed a formula rich in omega-3s had significantly lower blood glucose responses, compared with patients consuming the standard nutritional formula. They also demonstrated more energy with significantly lower insulin concentrations.

Foods like wild-caught fatty fish, flaxseed, and chia seeds are high in omega-3s. Walnuts are another great source and may even improve metabolic parameters in Type 2 diabetics.

There are at least 2,736 scientific abstracts on curcumin research on GreenMedInfo.com, ranking this super-spice as one of the most potent natural substances for disease prevention, including Type 2 diabetes. Curcumin is the main active ingredient in turmeric spice, responsible for the bright orange color and possibly for turmeric’s notable anti-inflammatory effects.

In the study, subjects were prescribed either a curcumin supplement or placebo for nine months. After the treatment period, 16.4 percent of subjects in the placebo group were diagnosed with Type 2 diabetes, whereas no one in the curcumin supplement group met the criteria for diagnosis.

Additionally, the curcumin supplement group showed a lower level of insulin resistance and had better cellular functioning according to the Homeostatic model assessment (HOMA).

Psyllium is a soluble plant fiber used to treat bowel disorders and encourage regularity, but it may also be a useful therapy for regulating both dietary cholesterol and blood sugar levels.

Benefits associated with the intake of these gel-forming fibers include reducing serum cholesterol and improving glycemic control in patients at risk for developing Type 2 diabetes, making a daily dose of psyllium an effective addition to a diabetes-prevention program.

A 2002 study on psyllium in Type 2 diabetic patients indicated a beneficial therapeutic effect on metabolic control, as well as a decreased risk of coronary heart disease. Researchers concluded that consumption of psyllium didn’t adversely affect vitamin or mineral concentrations in patients, allaying a common fear that psyllium negates the benefits of vitamin and mineral supplements.

Ginger root has been used in both culinary and medicinal preparations for thousands of years. It is a popular home remedy for ailments such as the common cold, nausea, and stomachache, but it can also be an aid for individuals with Type 2 diabetes.

Other studies support the use of ginger supplementation as an effective treatment for the prevention of Type 2 diabetes complications. Of course, you can add fresh or dried ginger root to smoothies, soups, and other recipes, but it may be difficult to consume therapeutic quantities of this spicy herb without the addition of a supplement.

Cinnamon gained renown as a useful therapy for Type 2 diabetes when a 2003 study suggested that a small amount of cinnamon each day could lower fasting blood glucose levels. While traditional medicine is loath to promote natural substances for health maintenance, cinnamon’s long history of use as an antidiabetic spice has forced science to recognize its potential.

A study published in the journal Diabetes, Obesity and Metabolism acknowledged this history as well as cinnamon’s potential as an antidiabetic adjunct therapy.

A 2011 meta-analysis of clinical studies on the effects of cinnamon intake on people with Type 2 diabetes and/or prediabetes found that cinnamon consumption (whole or extract) results in a statistically significant lowering of fasting blood glucose levels. Cinnamon supplementation has also been found to significantly decrease systolic and diastolic blood pressure in patients with Type 2 diabetes.