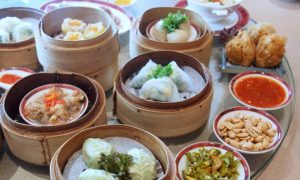 The American Academy of Otolaryngology – Head and Neck Surgery Foundation (AAO-HNSF) says Tai Chi can help your dizziness and  balance disorders. Tai Chi is a form of Chinese martial arts often practiced for its health benefits.  Practiced widely in Asia it can  be an effective treatment option for patients who suffer from dizziness and vestibular disorders.

Research done on  “Tai Chi as a Form of Vestibular Rehabilitation” has been conducted by Paul S. Lee, MD. Researchers evaluated the utility of Tai Chi in managing patients with vestibular symptoms who have failed conventional vestibular therapy. It could include individualized physical therapy or different sets of physical maneuvers that a doctor performs on a patient.  In Asia, not only is Tai Chi popular for aging adults in rehab facilities it is a popular outdoor exercise in nearly every city park every morning.

Researchers conducted a questionnaire study from April 2008 to March 2009 at an outpatient rehabilitation program, utilizing the activities-specific balance confidence scale and dynamic gait index survey, both prior to therapy and at the conclusion of an eight-week course. A total of 21 patients (18 females, three males) completed the study to date. Patients reported subjective improvements in their vestibular symptoms.  For those who experience ringing in the ears  or tinnitus may not necessarily be helped by Tai Chi, but may see improvement with Chinese herbs. Researchers theorize that the technique may be effective because Tai Chi promotes coordination through relaxation, rather than muscular coordination.