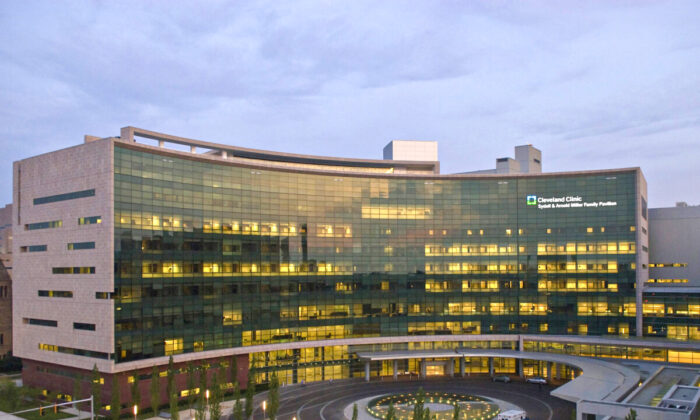 One dose of a COVID-19 vaccine can boost protection, researchers say
By Zachary Stieber

The protection a person develops after recovering from COVID-19 shields people against infection as the Omicron virus variant has become dominant in the United States, according to a new study.

The defense, known as natural immunity, was similar to the protection seen among the naturally immune who got at least one dose of a COVID-19 vaccine and people who got three doses of a COVID-19 vaccine and didn’t have natural immunity, researchers with the Cleveland Clinic found. Further, those who had received a primary series of a vaccine and didn’t get a booster, or additional shot, were the most likely to become infected.

“During the time when the Omicron variant was the predominant strain causing infection, prior COVID-19 provided effective protection against infection for at least 6 months even in the absence of vaccination,” Dr. Nabin Shrestha, the lead author and an infectious disease physician, told The Epoch Times in an emailed statement.

Omicron is a variant of SARS-CoV-2, or the CCP (Chinese Communist Party) virus, which causes COVID-19. Omicron became dominant in the United States in December 2021, displacing Delta, and research has indicated it can better evade protection from both vaccination and natural immunity.

Shrestha and colleagues analyzed records of Cleveland Clinic employees, many of whom have received at least two doses of the Pfizer or Moderna COVID-19 vaccines but some of whom remain unvaccinated. For their analysis, in an effort to ensure accurate data on prior infection and vaccination, they only included employees who were employed since at least Dec. 16, 2020.

Natural immunity did appear to begin waning around six months following infection when researchers stratified the cases by time since prior infection. Naturally immune employees became more likely to test positive after six months, but the risk dropped if they received at least one dose of a vaccine after recovery. The vaccinated also saw an improvement in protection if they received a booster dose, or a third shot.

“Boosting with a COVID-19 vaccine designed for an earlier variant was associated with significantly reduced risk of infection with the Omicron variant in multivariable Cox proportional hazards regression analyses, among people previously vaccinated or previously infected for whom it was more than 6 months past their prior infection or vaccination,” the researchers wrote in the study, which was published on the preprint server medRxiv.

Curiously, though, the analysis found that people who recovered from COVID-19 were actually most at-risk of contracting the illness again if they had gotten two shots—even more than the unvaccinated. Among the naturally immune, three shots protected better than not getting any vaccine, but a single shot protected the best, the findings indicate. Researchers are unsure of why this would be the case, and are encouraging other scientists to check on this in future studies.

“For those who had had prior infection with COVID-19, vaccinating with more than one dose of vaccine provided no advantage over a single dose of vaccine in protecting against the Omicron variant,” Shrestha said.

The Pfizer and Moderna shots are built on messenger RNA, or mRNA, technology.

Limitations of the study included a sole focus on all COVID-19 infections, due to an inability to acquire complete data regarding hospitalizations and symptomatic infections.

The research was published shortly after scientists in Qatar found that natural immunity protects well against severe COVID-19, even when the cases are caused by the Omicron variant.