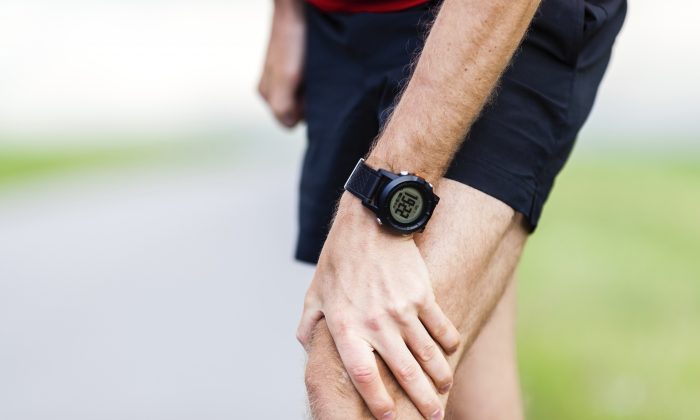 When used properly, with the correct dosage and combinations, natural remedies can have profound healing effects. (blyjak/thinkstockphotos.com)
Alternative Health

NEW YORK—When fitness buff and Brooklyn-based real estate broker Jude Berquin discovered that he had water in his knee, he was told that would have to be drained with a needle.

“I was always working out, but then it was extremely hard to do any leg exercises,” he said.

Although the stiffness and pain prevented Berquin, 45, from working out, he was reluctant to undergo surgery. As an alternative, he went to the health food store and browsed around for a remedy. He found Bell Lifestyle’s Shark Cartilage formula, which are capsules of 100 percent shark cartilage, and started taking them. After three weeks he had a welcome surprise.

“To my surprise, the water drained out without having to do any operation,” he said.

Stories of healing like this are what make work satisfying for Bell president Nick A. Jerch.

“We have thousands of people who wrote testimonials to us,” Jerch said. “Many of them are very touching because they have suffered for 10 or 20 years, and suddenly they have some relief or complete relief. So it is very gratifying for me to do what I am doing to help all those tens of thousands of people.”

Having grown up in Germany during the World War II , Jerch immigrated to the Toronto, Canada area in his 20s.

Now 81, the former sporting goods wholesaler and sailing enthusiast turned his own struggle with arthritis into an herbal health products company.

Established in 1996, Bell now has over 50 natural health products that are distributed in over 7,000 health food stores and pharmacies in Canada and the United States.

As his clientele grew, Jerch reached out to Toronto-area physician and herbalist Dr. Chakib Hammoud, who to date has worked on many of Bell’s formulas. Now he has herbal formulas for detoxification, allergies, sleep support, sexual system support, weight loss, skin health, anti-aging, bowel health, blood pressure, and sleep apnea.

Jerch, who runs the company with the help of his three children, said that since the first year he started offering products, sales have “climbed and climbed, because so many people have arthritis and they’ve tried everything already.”

Part of the reason for Bell’s popularity is its unconditional guarantee—if the product doesn’t work for you, just send it back for a full refund.

The key part of Bell’s mission is giving people more choices for taking care of themselves. Alternative and complementary medicine and preventative care are gaining traction as consumers turn away from expensive and side effects-inducing drugs.

When used properly and in the correct dosages and combinations, natural remedies have no or little adverse side effects.

Like all aspects of health care, it is crucial to consult a physician before beginning any supplements. Many herbs that are popularly thought of as supplements have traditionally been used as drugs or ingredients in drugs, and should be used with caution.

With reporting by Ivan Pentchoukov