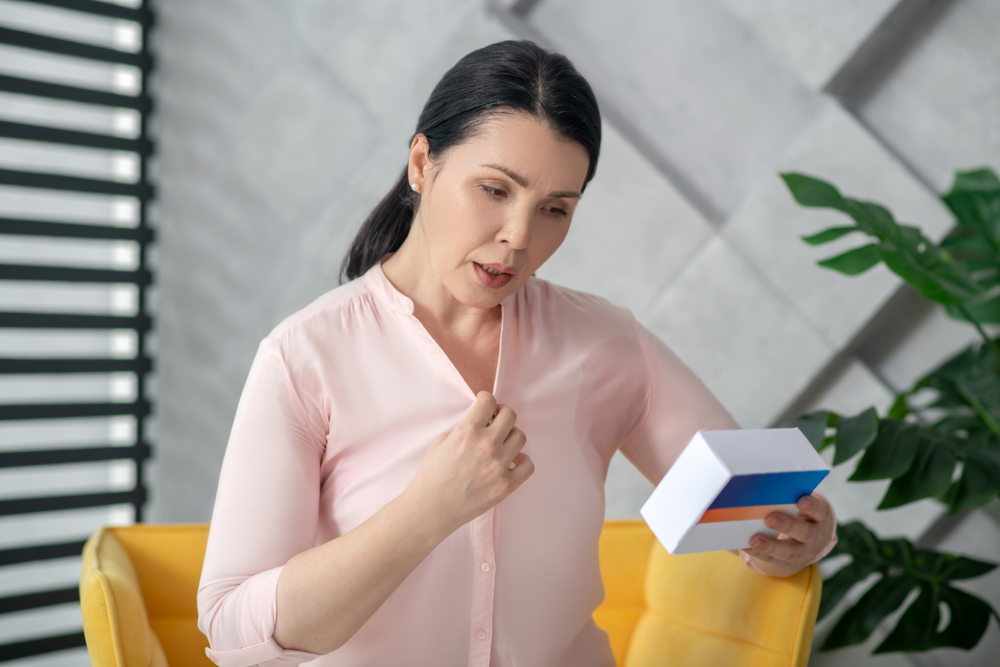 There are foods and other supplements that can help you regulate your hormone levels as good as certain drugs and other medical therapies. (Shutterstock)
Menopause

What natural alternatives to hormone replacement therapy are there?

Women who decide not to supplement their declining levels of estrogen with prescription hormones may want to choose from a variety of “natural” remedies that may help relieve their menopausal symptoms. Black cohosh root may bring some relief from hot flashes, with potentially fewer side effects than estrogen. Creams made from wild yam extract converted in a lab into a form of progesterone have been promoted by some alternative practitioners for the treatment of hot flashes and vaginal dryness, although little research has been done on their safety or efficacy. These products are sold as an alternative to synthetic progesterone (or progestin).

Be sure to talk with your doctor before trying these alternative remedies, as some supplements interact with prescription medication or may harm people with certain medical conditions.

Here’s the rundown on alternative treatments:

Experts have long known that Japanese women, who eat large quantities of soy, suffer fewer hot flashes than women in the West, and preliminary studies in the United States support this observation. If you want to try soy, check the grocery or health-food store for foods like tofu, tempeh, miso, soy milk, and roasted soy nuts. Many experts advise against taking soy powder until further research is done.

Black cohosh root has long been heralded by herbalists as an effective remedy for various menopause-related complaints. Germany’s Ministry of Health has approved the herb for the treatment of hot flashes. In one study, 80 women who took it for three months cut their average number of hot flashes from five a day to just one. However, the National Institutes of Health conducted a clinical trial and found no difference between women who took black cohosh and those who took a placebo, or dummy pill, when it came to how many hot flashes they had. And research published in the journal Menopause showed that black cohosh had no effect on symptoms such as vaginal dryness or changes in reproductive hormones.

The National Center for Complementary and Alternative Medicine says there is not yet enough scientific evidence to draw any conclusions about the effectiveness of black cohosh in relieving menopausal symptoms. Black cohosh extract is available at most health-food stores; the majority of the studies have used the product Remifemin at a dose of 40 milligrams per day. (Caution: There have been reports of liver damage from some commercial black cohosh products, although it is not clear if the black cohosh itself was to blame, according to the National Institutes of Health. If you notice any symptoms of liver damage when taking black cohosh, such as abdominal swelling or dark urine, stop taking the herb and see a doctor immediately.)

The Chinese herbal remedy dong quai is frequently promoted as a treatment for menopausal symptoms, but a recent six-month trial of 71 postmenopausal women found that when used on its own, it didn’t offer any relief from hot flashes. You can buy dong quai in the form of a powder, pill, or tincture, but taking it alone or in commercially prepared products is likely to be ineffective and may cause unwanted side effects like a skin rash or heavy menstrual bleeding. If you want to try it, herbal experts recommend that you see a qualified Chinese herbalist who can prescribe an appropriate combination of herbs tailored to your particular needs.

A host of other over-the-counter nutritional supplements and herbal mixtures claim to relieve a wide range of menopausal complaints. These cure-all cocktails may contain ginseng, fenugreek, licorice, sarsaparilla, flaxseed, red clover, or chaste-tree berry. There is little data on their effectiveness or safety.

Are These Treatments Safe?

Nobody really knows for sure. Although a number of these substances have been used for years by herbalists, most alternative treatments haven’t been widely studied, so questions about safety remain. Many natural remedies are considered nutritional supplements rather than drugs, and thus aren’t as closely regulated by the government as prescription and over-the-counter medications. Yet some of them can be just as powerful — and dangerous — as traditional drugs. And because there’s so little data on these substances, no one really knows yet how much of them you need to take to feel better. It’s also hard to know what you’re getting; studies have shown that the potency and quality of such products varies widely.

If you choose to try an alternative treatment, you may need to be patient; the effects can take as long as twelve weeks to kick in.

It’s smart to consult your doctor as well as a qualified herbalist or naturopath before using alternative therapies. And let your doctor know if you want to try these treatments; he or she may be able to recommend one that’s appropriate for you (although some physicians might want to steer you away from such remedies altogether). You should also tell your healthcare providers about any health problems you have and any medications you’re on. Like traditional drug treatments, some alternative remedies may interfere with medicines you’re taking or cause problems if you have certain conditions.

What Else Can I do?

Eat a low-fat, calcium-rich diet; don’t smoke; if you drink alcohol, do so in moderation; and exercise regularly. These are the most important steps you can take to ease the discomfort of menopausal symptoms. They’re also crucial in keeping heart disease and bone loss at bay. Some women have also reported that reducing stress through yoga has also helped reduce bothersome symptoms.

Also, wear clothing in layers, so you can peel off a sweater, say, if you get a hot flash. Try to avoid wearing any heavy tops or pullovers that you can’t remove (in public) if you need to.

Pharmacists Letter. Calcium and Other Supplements for PMS.

Diana Hembree, MS, is a journalist whose stories have appeared in the Washington Post, Columbia Journalism Review, Hippocrates, MoneyGeek, and many other publications and have won more than 20 national awards. She has also been a reporter and news editor for the Center for Investigative Reporting for more than a decade, a senior editor at Time Inc, a senior fellow and multimedia advisory board member at the Center for Health Journalism, and editor-in-chief for many years at the start-up Consumer Health Interactive (CHI), which had 3 million unique visitors a month.

This story was originally published on the Healthday Blog.

Diana Hembree
Follow
Diana Hembree, MS, is a journalist whose stories have appeared in the Washington Post, Columbia Journalism Review, Hippocrates, MoneyGeek, and many other publications and have won more than 20 national awards. She has also been a reporter and news editor for the Center for investigative Reporting for more than a decade, a senior editor at Time Inc, a senior fellow and multimedia advisory board member at the Center for Health Journalism, and editor-in-chief for many years at the start-up Consumer Health Interactive (CHI), which had 3 million unique visitors a month.
SHARE
Friends Read FreeCopyFacebookTweet
You May Also Like