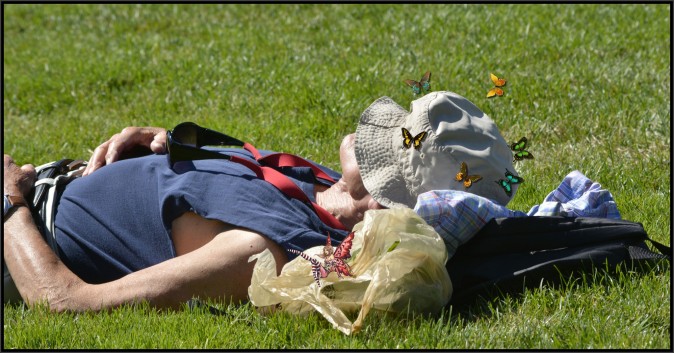 Naps are Good! 12 Tips to Get the Best Nap

Okay, so it’s the middle of the afternoon and you’re trying to find a good reason not to take a nap.

You’ve got a lot of work to still do. You don’t want to appear lazy. You’ll just go to bed a little earlier tonight. You think there must be something wrong with you because you always seem to want to doze off this time of day.

Well, what would you say if we told you that napping was not only a good idea, but actually a way to improve your health? It’s true. In fact, a mid-afternoon nap of just 10 minutes or so — some people like to call them “power naps,” but whatever — can help you remain alert for another two hours, which is generally more than enough to let you finish normal work days.

Here are 12 Tips to Help You Get the Best Naps:

— Consider your regular sleep schedule. In Dr. Sara Mednick, Ph.D.’s book Take a Nap!, she notes that the best time to nap depends on when you wake up. Early risers, for instance, who get up around 5:00 a.m. should think about napping around 1:00 p.m.

— Time them for the afternoons. In the late 1980s, researchers began to hone in on the value of napping. One of their early observations about sleeping during the day was that mid-afternoon slumps are just part of the human condition.

— Think ahead. Staying up late (or worse, all night) is not the best thing for you; if you are going to do it, then consider it with the thought of taking a nap the next day.

— Be safe! Sleeping just six or so hours a night, rather than the requisite eight hours, doubles your risk of falling asleep at the wheel. A 30-minute nap has been shown to boost your awareness.

— Preempt that night shift. A study of night workers found that, though an evening nap plus caffeine was one way to stay awake, a nap alone improved alertness, and without the damaging caffeine side effects.

— Nap smarter! There have been a wide range of nap times examined, but for most people, one between 10 and 20 minutes is best.

— Nothing wrong with a wake-up call. “Setting an alarm is really helpful for napping,” said Janet Kennedy, Ph.D., clinical psychologist and founder of NYC Sleep Doctor.

— Nap-happy place. For the perfect nap, you will want to find a dark, quiet place to lie down.

— Meditate. You have been there: You are nearly asleep on your feet, with your eyes still open. But as soon as you get all hunkered down, your mind begins to race. Calm yourself first with meditation techniques such as breathing and visualizations.

— Losing sleep at night? “If a person is having difficulty sleeping at night — either falling asleep or prolonged night waking — I advise against napping at all,” Kennedy said.

— Don’t risk it. Some places just aren’t nap-friendly; is your workplace one of them?

— Again, napping is a boon to your alertness: A study by NASA found that there were higher measures of alertness in pilots after just a 40-minute nap, when compared to pilots who did not get one. Even just 20 minutes will perk up a shift worker.

— Napping improves learning and retention: It is the deeper rapid eye movement (REM) sleep that has been linked to the cognitive process, so it is no surprise that a longer nap will get you these benefits.

— Napping can increase creativity: If you have ever awakened from a nap, only to solve a problem that has been bugging you, researchers have found that nappers who enter REM have a tendency to do that.

— Napping boosts creativity: Most bosses may not believe this, but science has proven that an afternoon nap is the opposite of laziness at work.

— Lift your spirits: Sleepiness leads to crankiness. Just think about a toddler who hasn’t had a nap.

— Stress reliever: Napping can be a luxury, sure, but just escaping for a short nap can have a wonderfully positive effect on your stress level, which also lowers your risk of cardiovascular disease.