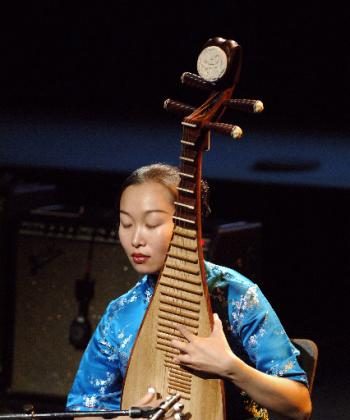 Music Was Created to Heal Illness

By Mu Jie
biggersmaller
Print
Beautiful music can modify emotions, purify the soul, and give wonderful enjoyment. But did you know that, in the beginning, music was created to heal illness? This point can be traced back to the creation of the Chinese characters because the word for medicine (藥 yao) comes from the word for music (樂 yue).

They later found out that certain herbs could cure illnesses, so they added the radical for herbs on top of the character for music, and it turned into the word for medicine. The original function of music was for treatment.

Music can cure diseases, and now medical researchers are researching this area. The fetus becomes familiar the voice of his mother in the womb, and babies can hear the sounds of their mother’s heartbeat, speech, and breathing. Now, there is even “education during pregnancy,” which includes listening to music.

Clinically, beautiful music can improve the emotions, adjust the breathing, and regulate the abdominal organs. Scientists in the United States have discovered that musical frequencies can have an effect on peoples’ feelings, creating certain resonances within the human body.

The effects of musical rhythms are related to different movements of the human body. The rhythms of music, therefore, can regulate the physiology of the body.

The aim of orthodox ancient Chinese music was to purify the soul, and that’s why it’s very slow and calm. Listening to this music gives spiritual peace.