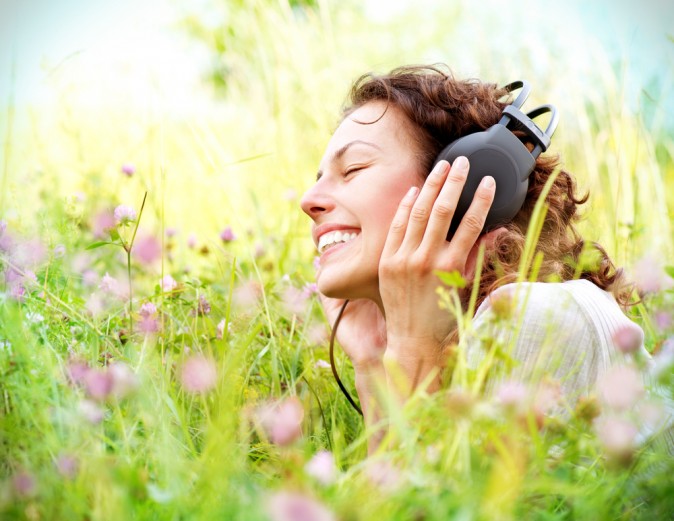 Iconic reggae legend Bob Marley said it simply and eloquently: “One good thing about music, when it hits you, you feel no pain.” There is an intangible yet potent experience that occurs when we hear music, especially when it’s music we love. It can transport and transform us into altered states of consciousness, immediately affecting our moods.

For as long as we’ve had ears to hear with—natural rhythms and melodies have enticed us. Early humans banged drums and blew through didgeridoos to channel the sounds that emerged within our human spirit. Shamans throughout the ages have relied on sound as a critical tool in healing ailments from the physical to the psychological. In South American medicine ceremonies that use the powerful hallucinogenic plant brew, ayahausca, music is said to be the ship that guides the journeyers through the dense rainforest jungle that is the medicine, keeping them focused and capable of great healing.

And while it may be difficult to hold modern pop music in the same regard as sacred sounds made by shamans, there may actually be more similarities than you think, particularly in boosting the body’s ability to protect and heal itself.

Researchers from Sussex University and the Max Planck Institute in Leipzig, Germany found that listening to less than an hour’s worth of dance music can noticeably boost antibodies that enhance immune protection and function. Likewise, stress hormones that can compromise immune function decreased while listening to the upbeat music.

A study published in the Journal of Advanced Nursing found that music can have a positive effect on pain management—both acute and chronic. The study found that music reduced pain connected to osteoarthritis, disc problems and rheumatoid arthritis by as much as 21 percent.

The American Society of Hypertension found that listening to just 30 minutes of relaxing music was actually capable of decreasing blood pressure in individuals clinically diagnosed as having high blood pressure. Researchers found that subjects who listened to a variety of music consistently had lower heart and breathing rates when they listened to slower music, and higher and faster heart and breathing rates when the tempo increased. The researchers also found that the effects were seen independently of whether or not the subjects actually liked the music being played.

Numerous studies have found a deep connection to music and enhanced learning abilities in young children. A 2006 study published in the journal Brain found that children who were also trained to play music had improved memory in skills including mathematics, literacy, visuospatial processing and overall enhanced IQ levels.

Many of us have used music to alter our mood at one time or another. Perhaps we’ve even used it to process an unpleasant situation: tuning in to a favorite song you shared with an ex, or a song that reminds you of a deceased parent, sibling or friend. These experiences are catharsis—helping us to experience and move through a sad feeling. Lots of music was itself born out of hardship, loss, grief—and while we may not relate directly to say, a song about the Depression, we can put our own grief and frustration into it nonetheless and ultimately release ourselves from it.

And of course, music can lift us out of our woeful states as well. A study published in Nature Neuroscience found that the chemical dopamine—which makes us feel really good—was released in the subjects’ brains during extremely pleasurable moments experienced while listening to music. They experienced a nine percent increase in dopamine production when they were especially fond of the music as well, decreasing depression by as much as 25 percent.

Jill Ettinger
Follow
Jill Ettinger is a freelance journalist and marketing specialist primarily focused on the organic and natural industries, she bridges her love for changing the food system with her lifelong passion for writing and connecting people in their shared values. You can connect with Jill on Twitter.
SHARE
Friends Read FreeCopyFacebookTweet
You May Also Like