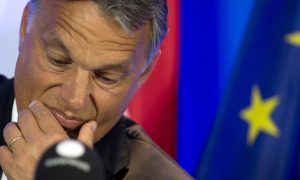 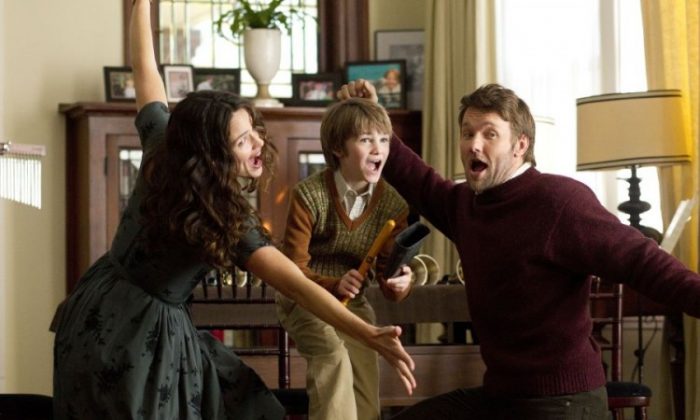 Jennifer Garner, CJ Adams, and Joel Edgerton (R) in the dramatic comedy-fantasy 'The Odd Life of Timothy Green,' a film about a childless couple who wish for an infant and receive a child who is not all that he appears. (Phil Bray/ Disney Enterprises, Inc.)
Entertainment

If you happened to see the recent, very magical Moonrise Kingdom, and you and your kids liked it, chances are good that the whole family will also enjoy The Odd Life of Timothy Green.

From director and writer Peter Hedges (What’s Eating Gilbert Grape?) comes a wonderful tale about the power of intention, being careful of what you wish for, self-acceptance, love, loss, and new beginnings.

Jim and Cindy Green (Joel Edgerton and Jennifer Garner) are a young couple that works at an old-timey pencil factory in the sleepy everytown of Stanleyville. The two tell a strange and remarkable tale to the skeptical supervisor at an adoption agency.

It turns out, while seeking to lay their grief to rest over being unable to have a child, they’d once creatively brainstormed about the qualities their child would have had.

“He’ll have Uncle Bub’s sense of humor!” “He’ll be a glass-half-full kid!” “He’ll score the winning goal!” They wrote down 54 girl names and one boy name.

They’d collected their notes, put them in a wooden box, and buried it in the garden. Maybe “planted” would be a more accurate term.

The wind kicked up, there was a brief torrential rain, and suddenly … there was a young boy named Timothy covered in wet mud in the house. He had strange green leaves on his legs.

The skeptical adoption supervisor leans forward in anticipation. What was that one boy name on the list?

Timothy appeared to have all of the qualities that the Greens had planted in the garden, but he was also a bit of a strange one, that Timothy. When they tried to snip his leg-leaves off, the steel hedge clippers broke. He was sweet and funny. He was completely awful at soccer, but he did score a winning goal.

He went to school and endured bullying. He also won approval from the aloof older girl whom all the other boys were enamored of. Mom Cindy had been suspicious of the ensuing puppy love at first. Timothy, of course, got occasional bad advice from his brand-new, overzealous parents.

A joyous family life developed. Then one day Uncle Bub died, and one of Timothy’s leaves turned brown and fell off. And they kept coming off, here and there, until it became clear that when they were all gone, so might Timothy.

When the magical story of Timothy finally comes to an end, the adoption supervisor looks at Jim and Cindy with newfound respect.

CJ Adams as Timothy is adorable—it’s probably safe to call this a star-is-born performance. We’ll be seeing a lot more of this kid.

Jennifer Garner fulfills the mom role well. Aussie Joel Edgerton was recently very believable as a fighter in the film Warrior, while also playing the kind of dad every kid would want.

The Israeli-born Odeya Rush is mesmerizing as Joni, the girl Timothy falls for. Boys everywhere will remember having, or having had, a crush on a girl like her in grade school. She teaches Timothy to accept his odd leafy-ness. Rush’s portrayal of Joni is probably also a star-is-born performance.

At times threatening to trip and fall into the treacle vat, “Timothy” drips with an all-American small-town quaintness and nostalgia, mostly in a positive way. From the birthday parties, family gatherings, town hall meetings, and soccer games, right down to Joni’s Stingray bike (an American icon if there ever was one), it’s an inspiring, magical fairy tale.

In terms of family fare these days, there’s nothing better in store.