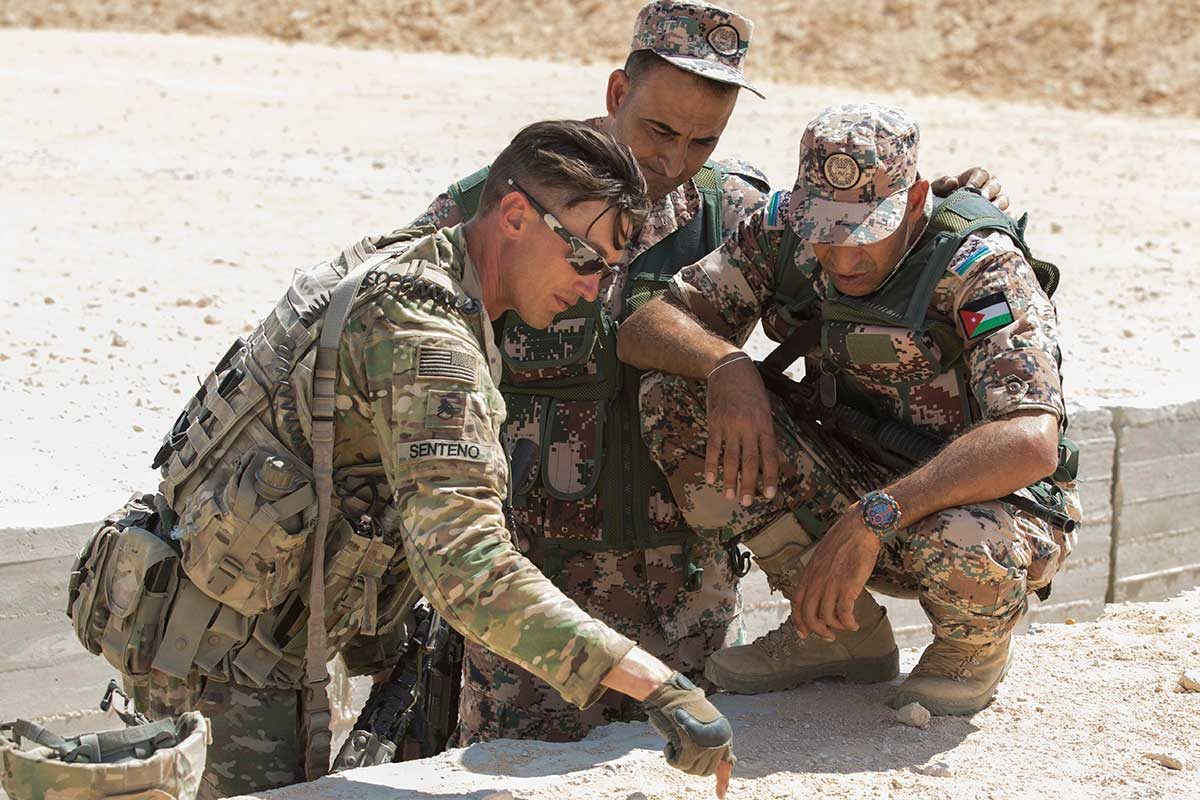 Getting truly embedded with locals can be crucial to military success, as one Green Beret taught his soldiers through his leadership philosophy. (U.S. Army photo by Sgt. James Lefty Larimer)
Health

Motivation Through a Leadership Philosophy

Share your vision and purpose with clarity to help associates drive the mission forward
BY Scott Mann TIMEFebruary 28, 2019 PRINT

I have a friend, Greg, who is the CEO of a wealth management company in New York City. He’s also a former Marine infantryman. About a year ago, Greg decided he wanted to foster a high-performance culture within his company.

He could see the changes happening in our economy and he knew his company would have to play at their highest game if they were going to lead the industry through these turbulent times and thrive on the other side of it.

To do this, Greg had to create changes in his company culture. The New York City market environment can be pretty cutthroat and individualism often trumps the day. What Greg wanted to build was the same high-performance culture that he had learned in the Marine Corps that was all about the team before self, protecting people’s dreams, and fighting for others. He knew he had to inculcate that culture in his people.

Greg needed a strong leadership philosophy to pull this off. So I told him a story about one of my favorite group commanders in Special Forces in the 7th Special Forces Group (Airborne) back in the mid-’90s named Colonel Ed Phillips. Big Ed, as we called him, was a tall, lanky, six foot four Green Beret. He was very congenial, easy to talk to, but trust me, you never wanted to mistake his kindness for weakness. This guy was all business.

Big Ed’s leadership philosophy was that he believed his Green Beret A-Teams down in Central and South America should absolutely go local in the sense that they should immerse and build relationships and connect with the locals in that area. He was adamant about getting as indigenous as we possibly could, to speak the language, to know the culture at a micro level.

He also expected us to know the people, their family members’ names, the names and birthdays of their kids, and when one’s wife was pregnant. He called our Special Forces Group the ‘Family Business’, and he expected us to run it that way.

As I continued my career, I saw leaders—good and bad—who had a leadership philosophy. It was something I started to do myself. I saw the value in it because it shares who you are, why you’re there, and where you’re going, giving everyone a united sense of clarity.

It becomes a leadership anchor point for where you’re driving your organization to go, whether it’s a nonprofit, or a mid-level management position in corporate America, or it’s your own business. Sharing your leadership philosophy is such a powerful thing and your people deserve it.

Now, why do you do what you do? Why did you found this company? Why do you show up to work every day? Where do those leader attributes come from in your life? Why is it important to you to lead? It’s so critical that we know why. Simon Sinek is right, “People don’t buy what you do, they buy why you do it.” Humans are meaning-seeking creatures, so tell us why you do what you do, and we’ll be more likely to follow you.

If your organization is a vessel, where are you going? Remember, as the leader you need to have a crystal-clear vision of a better world that doesn’t yet exist. You’ve got to take that blank canvas of organizational vision and, through the power of narrative, human connection, and storytelling, paint a picture of what that future looks like. As you do it, you have to help me as the associate see how I can be the hero of that journey. Then, and only then, will I emotionally connect to it.

Get started on change now. Go somewhere quiet and do the work. Reflect. Write your leadership philosophy down on paper. Share it with the relevant people in your organization. Weave it into the culture. The things we learned about leadership philosophies in the military are just, if not more, relevant in what you do in your world.

Scott Mann
Follow
Scott Mann is a former Green Beret who specialized in unconventional, high-impact missions and relationship building. He is the founder of Rooftop Leadership and appears frequently on TV and many syndicated radio programs. For more information, visit RooftopLeadership.com
SHARE
Friends Read FreeCopyFacebookTweet
You May Also Like