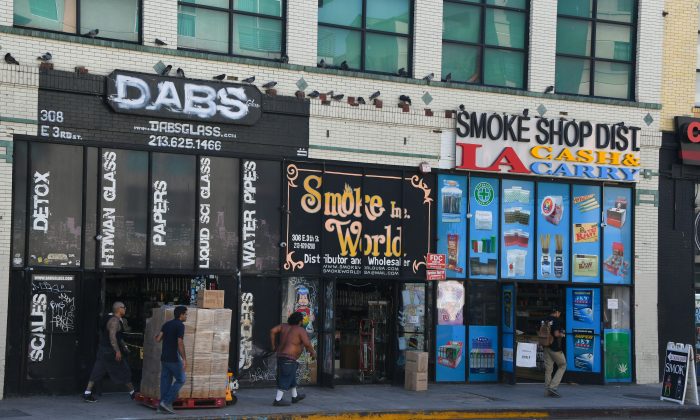 Seven out of every 10 of the nearly 3,000 regulations enacted by the U.S. Department of Health and Human Services (HHS) during the past two decades were unconstitutionally issued by politically unaccountable bureaucrats, according to a new “first-of-its-kind” study.

The report, “But Who Rules the Rulemakers? A Study of Illegally Issued Regulations at HHS,” by Angela C. Erickson and Thomas Berry, was recently published by Pacific Legal Foundation (PLF), a Sacramento, California-based public interest law firm that frequently argues cases before the Supreme Court.

Only a fraction of regulations have reliable cost estimates and their actual cost often exceeds projected benefits, the report states.

“Burdensome regulations cost Americans $4 trillion in economic growth from 1980 through 2012, resulting in a loss of nearly $13,000 per American,” the report states, referencing an earlier study by the Mercatus Center at George Mason University.

“The public bears these costs directly and indirectly through higher prices for goods and services, reduced consumer choices, stagnant wages, lost jobs, and limitations on their freedoms. Businesses don’t ‘absorb’ these losses—people do.”

Then there is the political problem, the report argues.

Executive agencies are sometimes referred to as the “fourth branch” of the federal government in the United States. Critics say officials in this so-called administrative state are unaccountable to voters and allow unelected government officials to usurp the functions of other branches of government.

Congress, they say, is supposed to make the laws of the land, but lawmakers have steadily ceded that body’s constitutional powers to the administrative state, to the overall detriment of society. They also argue that excessive regulations, which President Donald Trump has vowed to curb—and has already been curbing through executive action—undermine the rule of law and harm economic growth.

According to the report, which PLF touts as the “first-of-its-kind,” in the case of the Food and Drug Administration (FDA) alone, 98 percent of its regulations were issued by low-level officials who weren’t constitutionally authorized to exercise such government power.

Study co-author Berry testified before Congress that over the past 18 years, 2,094 of the 2,952 rules enacted by HHS—71 percent—were issued by individuals who weren’t nominated by the president or confirmed in their posts by the U.S. Senate. Out of those 2,094 rules, 1,860 were issued by FDA employees, while 234 came from other agencies within HHS.

This practice of subdelegating rulemaking power is harmful because it “weakens the separation of powers by divesting the Senate of its proper role in vetting executive-branch decision-makers,” Berry said in prepared testimony at a July 17 hearing conducted by the U.S. Senate’s Federal Spending Oversight and Emergency Management Subcommittee.

It is also “anti-democratic, because it gives decisions to career bureaucrats rather than presidential appointees. And it harms political accountability by making it harder for the public to blame responsible officials for the rulemaking decisions they don’t like.”

“Rulemaking by mere agency employees violates both the original meaning of the Appointments Clause and current Supreme Court precedent. Thousands of rules, both good and bad, have thus been placed in unnecessary legal jeopardy.”

The FDA’s Deeming Rule of 2016 is an example of a burdensome regulation that is unconstitutional because the official who issued the rule wasn’t nominated by the president and confirmed by the Senate, according to the PLF, which has filed various lawsuits to overturn it.

Under the rule, vaping products, meaning the delivery systems and the liquid used in them, were deemed to be subject to the same restrictions placed on cigarettes under the Tobacco Control Act of 2009, despite the fact that vaping products contain no tobacco, the report states.

Supporters promote vaping as a safer alternative to smoking. It allows users to obtain nicotine and mimic the smoking experience without inhaling the carcinogenic components of tobacco such as smoke and tar. Users can regulate the amount of nicotine they take in and use vaping to quit smoking. Steve Green, owner of Mountain Vapors in Sonora, California, credits vaping for allowing him to quit smoking after 30 years and stage a recovery from early signs of emphysema, the report states.

But the Deeming Rule makes innovation in the vaping arena difficult, slapping extensive regulatory hurdles on businesses and a hefty expenditure per product to cover red tape.

Another “illegally issued” FDA regulation prevents dairy farmer Randy Sowers of Frederick County, Maryland, from labeling the milk his cows produce and that he skims the fat from as “skim milk” unless he adds synthetic vitamins.

Even beneficial HHS rules are at risk when they are enacted by non-Senate-confirmed officials.

For example, when Congress approved a law expediting approval for generic drugs, a low-level official at FDA issued a regulation interpreting the law.

“The lower prices resulting from new approvals during an 18-month period were estimated to save Americans $26 billion. But the FDA rule that established the new process was issued by a career employee. The rule is therefore unconstitutional, despite its benefits,” the report states.

HHS hadn’t responded as of press time to a request for comment by The Epoch Times.