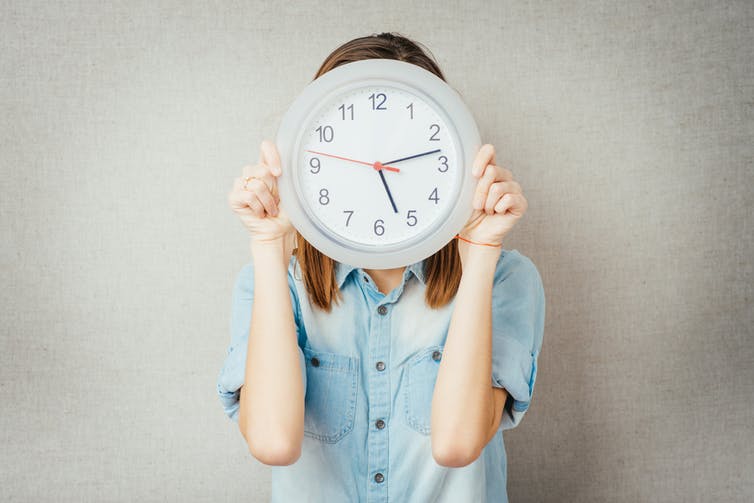 A recent study found that the performance of “night owls” and “morning larks” varied considerably on both cognitive and physical tasks. (file404/ Shutterstock)
Health

Morning Lark or Night Owl? How Our Body Clocks Affect Our Mental and Physical Performance

Our most productive time can be strongly affected by our most wakeful hours
BY Elise Facer-Childs TIMEJanuary 8, 2019 PRINT

Whether you’re a morning person or love burning the midnight oil, we’re all controlled by so-called “body clocks.” These body clocks regulate your circadian rhythms and are inside almost every cell in the body. They control when we feel awake and tired during a 24-hour period.

But as it turns out, our latest study found that our body clocks have a much bigger impact on us than we previously realized. In fact, our body clocks actually affect how well a person performs on both mental and physical tasks.

These differences may also be seen in multiple other physiological, behavioral, and genetic rhythms that happen over a near 24-hour period. For example, chronotype determines the time melatonin is released. For morning larks, melatonin can rise around 6 p.m., making them feel tired by 9 or 10 p.m. For night owls, melatonin can increase at 10 or 11 p.m. or even later, meaning many aren’t tired until 2 or 3 a.m.

Genetics can determine your body clock type, but it’s also largely influenced by schedule and lifestyle. It also changes over your lifetime. People tend to be larks during the first 10 years of their life, then shift towards night owls during adolescence and early twenties. By the time you’re 60, you’ll probably have similar sleeping patterns as when you were 10. However, even with these changes, the factors that determine your chronotype are unique to every individual.

Peak Performance and the Body Clock

Our study recruited 56 healthy individuals and asked them to perform a series of cognitive tasks to measure reaction time and their ability to plan and process information. They were also asked to perform a physical task to measure their maximum grip strength. The tests were completed at three different times between 8 a.m. and 8 p.m. to see how an individual’s performance varied throughout the day. Our results showed peak performance differed significantly between larks and owls.

When it comes to elite performance, athletes are striving for minute gains where a winning margin can be narrow. For example, at the 2016 Olympics, if the last placed competitor in the men’s 100-meter sprint had run 0.25 seconds faster, he would’ve beaten Usain Bolt.

Our previous research found that being a morning lark or a night owl is a key contributor in the timing of peak individual and team athletic performance.

However, other things, like traveling, can also affect performance. Moving across time zones de-synchronizes our body clocks, which need a chance to adjust. People that constantly change their sleeping patterns may experience “social jetlag”, which impairs performance too.

Since athletic success depends on the smallest margins, understanding precise peak performance times could mean the difference between winning a gold medal or finishing in last place. Our study found that overall, morning larks tended to perform better earlier in the day, and night owls performed better later in the evening.

Knowing just how much our body clock affects us could be useful even in our everyday life. It can help us understand more about how we can gain maximum productivity in business or the best academic performance in school.

Elise Facer-Childs is a research fellow at the University of Birmingham in the UK. This article was first published on The Conversation.