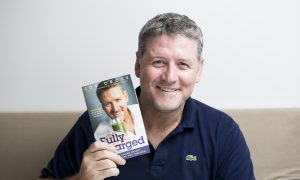 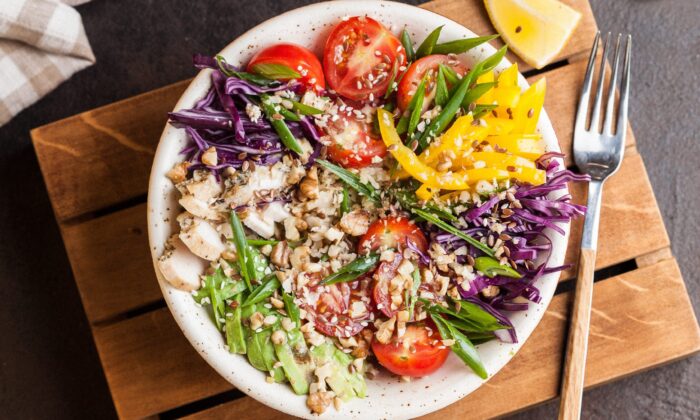 A healthy diet should include half a plate of fruits and vegetables. (Vitchakorn Koonyosying/Unsplash)
Mind & Body

If you are unsure how much meat to eat, a plate-shaped pie chart can help you figure it out
By National University of Singapore

Sticking to a healthy diet with more plants and less meat in midlife could be associated with a reduced risk of cognitive impairment in old age, researchers report.

Researchers looked at the diet patterns of the nearly 17,000 middle-aged participants of the Singapore Chinese Health Study over a period of 20 years. Researchers scored the participants on how similar their diet patterns were to five high-quality diets: the alternative Mediterranean diet; the Alternate Healthy Eating Index 2010; the Dietary Approaches to Stop Hypertension diet; the plant-based diet index; and the healthful plant-based diet index.

Dietary patterns rich in plant-based foods—including whole grains, vegetables, fruits, nuts, and legumes—and low in red meat and sugar-sweetened beverages, have been shown to reduce the risk of cancer, diabetes, and cardiovascular diseases.

The results revealed that participants with the most similarity to these dietary patterns had a significant reduction in risk of cognitive impairment—of 18 percent to 33 percent—compared with those with the least similarity.

People in Singapore currently lead the world in life expectancy, with life spans averaging 85 years. This, along with an aging population, has increased the need to identify and take measures to prevent the development of common conditions associated with old age such as cognitive impairment and dementia.

“Our study suggests that maintaining a healthy dietary pattern is important for the prevention of onset and delay of cognitive impairment,” says Koh Woon Puay, principal investigator of the Singapore Chinese Health Study and a professor at Saw Swee Hock School of Public Health at the National University of Singapore and the Duke-NUS Medical School.

“Such a pattern is not about the restriction of a single food item but the composition of an overall pattern that recommends cutting back on red meats, especially if they are processed, and including lots of plant-based foods—vegetables, fruit, nuts, beans, whole grains—and fish.”

The Health Promotion Board in Singapore (HPB) recommends eating across all food groups for a balanced and varied diet.

“A simple guide is to fill half our plate with fruit and vegetables, a quarter with whole grains such as brown rice and wholemeal bread, and the last quarter with protein foods such as bean products, seafood, and meat,” advises Annie Ling, group director of the HPB Policy, Research, and Surveillance Division.

This article was originally published by the National University of Singapore. Republished via Futurity.org under Creative Commons License 4.0.