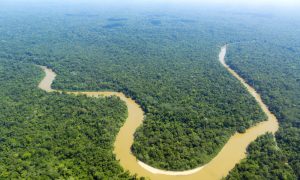 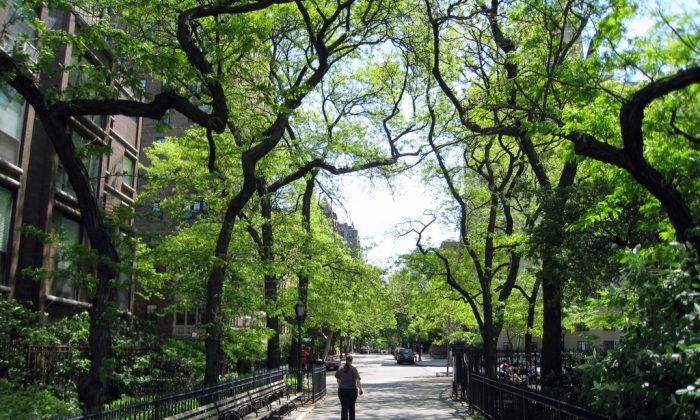 Ray Tretheway has been in the tree business for more than three decades in Sacramento – a city notorious for ambitious city tree planting.

He talks of successful programs with energy suppliers and multiple schools. The Sacramento Tree Foundation, where Tretheway works as Executive Director, has a lofty goal of planting five million trees.

But even a veteran like Tretheway and his tree-loving city struggle with one of the major issues of urban tree planting: higher income areas just seem to end up with more trees.

The Health Benefits of Trees

Why Some New Yorkers Won’t See Green Trees This Spring

“Income is one of the strongest indicators we have of tree cover,” Tretheway said.

Sacramento is not alone: residents in major U.S. cities are more likely to have tree-filled neighborhoods if they have higher household incomes, which could lead to both environmental and health disparities, experts warn.

It’s not just a matter of good-looking neighborhoods — trees provide a number of benefits for people such as cleaner air, shade and temperature regulation.

“Cities are patchy places and the good and bad things aren’t equally distributed across the city,” said Kirsten Schwarz, assistant professor in the department of biological sciences at Northern Kentucky University.

“Income inequality can perpetuate these patterns.”

“Money may not grow on trees, but this study suggests that in a way, trees grow on money,” the authors wrote in the study published in this month’s PLOS ONE journal.

Sure, trees look cool against a backdrop of brownstones. But they also “have a profound impact on public health,” said Geoffrey Donovan of the U.S. Forest Service who studies urban tree cover.

Trees have been associated with reduced child obesity, stress, anxiety and fatigue. In addition, Donovan and others have found that areas with more tree canopy have fewer babies born underweight.

Donovan cited four main reasons trees are linked to improved health: air quality benefits, psychological effects (such as stress reduction), more parks and healthful behaviors such as exercise, and improved social connections. Social isolation is one “of the most significant risk factors for disease,” Donovan said.

“Money may not grow on trees, but this study suggests that in a way, trees grow on money.”In addition to human health, studies suggest trees also can reduce noise, spur more neighborly behavior and increase housing prices. Donovan has found some of the more unique benefits of trees appear to be reduced crime and better grades in schools.

“Trees can be low on the hierarchy of community needs, but they can be a real tool to improve health and address everyday needs,” said Ian Leahy, director of American Forests’ urban forest programs.

There are a few possible reasons higher incomes are associated with more trees.

“Planting, maintaining trees … this costs money and can be expensive,” Donovan said.

There are also neighborhood differences.

Schwarz and colleagues also examined whether there were racial differences in tree cover, and found that to be true in the California cities — Sacramento and Los Angeles.

“Planting, maintaining trees … this costs money and can be expensive.”-Geoffrey Donovan, USFSAccording to a Sacramento, California, survey, urban residents are more likely to plant trees soon after they move into a home than those who have lived somewhere for a long time.

Many lower income areas have higher rental rates, Donovan said. “If you’re going to live somewhere for a year, why plant a tree?” he said.

When canvassers asked Portland, Oregon, residents to participate in a tree-planting program, blocks with low high school graduation rates were less likely to sign on.

And in some places, trees might not be desirable.

“Think about a wealthy neighborhood, being near a park may be a good thing that increases the prices of a home,” Donovan said. “But in a poor neighborhood it might decrease the price of a home.

Schwarz said her study is a “call to the larger community to think about equity when developing tree planting goals.”

Increasing tree cover is a common goal for cities nowadays, given the environmental and health benefits, and climate change implications such as capture carbon, shade on hot days and regulating water cycles.

Leahy said, for the most part, cities across the country have taken great strides in improving tree cover over the past couple decades.

All of the cities studied have tree-planting programs underway. Philadelphia has pledged to increase tree canopy cover to 30 percent by 2025.

Perhaps the most ambitious plan comes from Tretheway’s Sacramento Tree Foundation: The five million trees by the year 2025 pledge would double the region’s current canopy cover.

Leahy said American Forests tries to “make it about more than a tree in the ground” when addressing tree cover disparities. “We try to make sure there’s people requesting, signing up and committing to caring for them [trees],” he said.

Tretheway said during the Foundation’s 30-year anniversary, one of their main goals moving forward was to “plant trees where the trees aren’t.”

“The program we have, it attracts likeminded people that trust us and join our program to get trees for parks, homes and schools,” he said. That’s not the case in low-income areas.”

So, after 30 years in the business, has Tretheway found a way out of this impasse?

“You simply have to build the trust. And build the understanding,” he said.

*Image of “Brooklyn” via Eric Mueller/Flickr