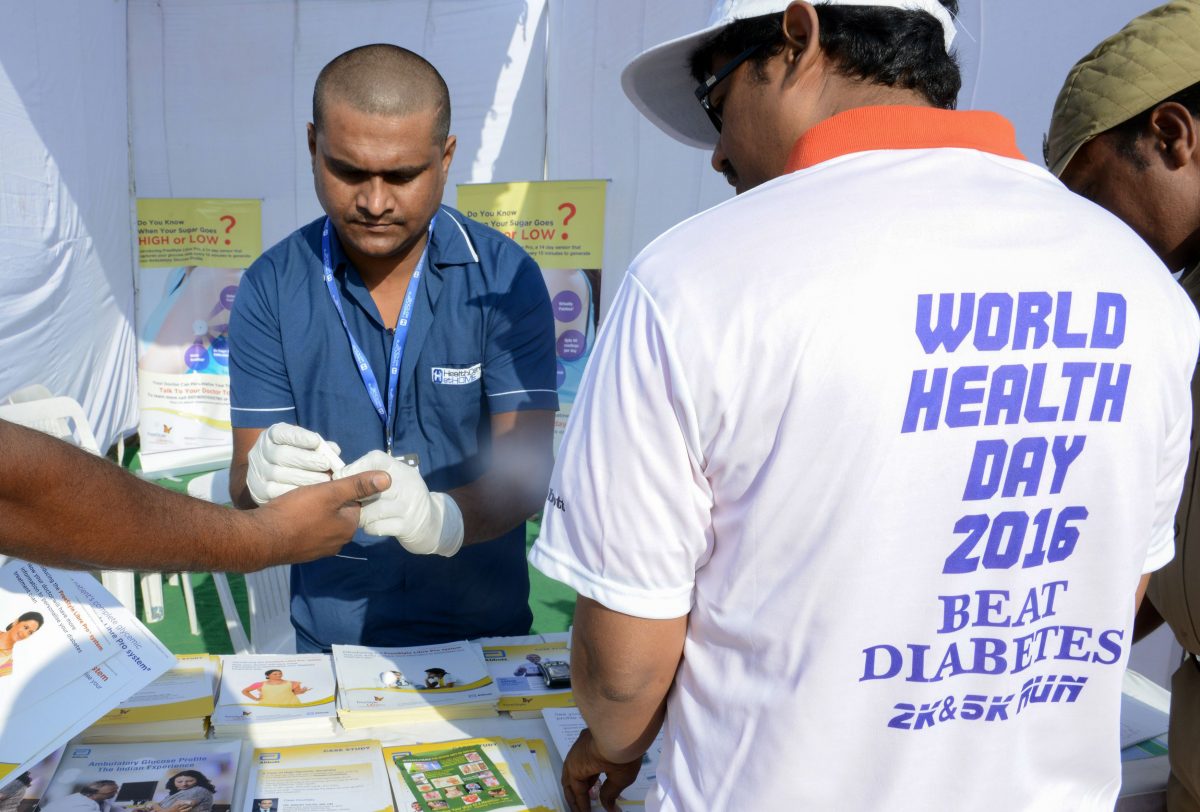 An Indian nurse (C) collects a blood sample using a glucometer at a free diabetic health check up camp on World Health Day in Hyderabad on April 7, 2016. The number of adults estimated to be living with diabetes has nearly quadrupled over 35 years, the World Health Organization (WHO) said on April 6, urging huge efforts to change eating habits and exercise more. "Beat Diabetes" is the theme of World Health Day 2016, a global health awareness day celebrated every year on April 7.(Noah Seelam/AFP/Getty Images)
Mind & Body

In the US, nearly 80 million people, or one in four has some form of diabetes or pre-diabetes. One in two people with diabetes do not know they have it, which increases the odds of developing complications, which can be deadly.

Leading a healthy lifestyle is one of the best strategies to prevent, and treat, type 2 diabetes, and even more specifically, eating a high-fiber diet is emerging as a key strategy you can use to lower your risk.

US dietary guidelines call for adults to consume 20-30 grams of fiber per day. I believe an ideal amount for most adults is around 50 grams per 1,000 calories consumed. Most people, however, get only half that, or less.

In a recent study conducted by researchers at the Imperial College London, those who had the highest intake of fiber (more than 26 grams a day) had an 18 percent lower risk of developing type 2 diabetes than those with the lowest intake (less than 19 grams a day).

The fiber may benefit diabetes by altering hormonal signals, slowing down nutrient absorption or altering fermentation in the large intestine, along with promoting feelings of satiety.

That being said, the study’s author noted other mechanisms are also likely at play when it comes to fiber’s role in preventing type 2 diabetes:

“…for instance improving control of blood sugar and decreasing insulin peaks after meals, and increasing the body’s sensitivity to insulin.”

How Does a High-Fiber Diet Protect Against Obesity and Diabetes?

One way that a high-fiber diet may be protective against obesity and diabetes has to do with your intestinal bacteria’s ability to ferment fibers.

More specifically, when you eat foods high in fermentable fibers, such as cabbage, beans, and other vegetables, the bacteria in your intestines ferments them into butyrate and propionate, which are short-chain fatty acids (SCFAs) involved in sugar production. As reported by Medical News Today:

“The researchers explain that glucose has certain elements that are detected by nerves located in the vein that collects blood from the intestine – known as the portal wall. A nerve signal is then transmitted to the brain.

The brain then activates a series of defenses against diabetes and obesity in response to the signal. The defenses include increased satiety, increased energy expenditure during periods of rest and less glucose production from the liver.”

In an animal study, mice fed a diet rich in fibers gained less weight and had protection against diabetes, unlike mice fed a diet without fiber supplementation. When mice engineered to not produce glucose were used in the study, they gained weight and developed diabetes even when fed a high-fiber diet. Medical News Today continued:

“These findings suggest that it is the glucose-producing activity of the intestines as a result of propionate and butyrate, and intestinal bacteria, that cause fermentable fibers to protect against obesity and diabetes.”

Which Type of Fiber Is Best for Diabetes?

The featured study found that while cereal and vegetable fiber lowered diabetes risk by 19 percent and 16 percent, respectively, fruit fiber had no such beneficial effect. I would caution you against relying on cereal or other grains as your source of fiber, however, as whole-grain breads, cereal, pasta, and other forms of grains have non-fiber carbohydrates (sugar and starch) in addition to the fiber.

While the fiber will not raise your blood sugar levels because it is not broken down by your body, grains will raise your insulin and leptin levels, which is a major driver of most chronic diseases, including type 2 diabetes. Carbohydrates that are not fiber will be quickly metabolized into sugar, and it makes little sense to eat large amounts of sugar if you’re seeking to lower your risk of diabetes.

Sugars and grains (complex carbs) raise your blood sugar. When this happens, insulin is released to direct the extra energy into storage. A small amount is stored as a starch called glycogen, but the majority is stored as your main energy supply—fat.

Insulin’s major role is not to lower your blood sugar, but rather to store the extra energy for future times of need. Insulin’s effect of lowering your blood sugar is merely a “side effect” of this energy storage process.

If you consume loads of sugars and grains, your blood sugar spikes will lead to increased insulin, which leads to increased fat storage. The extra fat then produces more leptin, a hormone that tells your brain when to eat, how much to eat, and most importantly, when to stop eating.

The problem arises when your leptin levels become chronically elevated. At this point, you become leptin resistant—your body can no longer “hear” the hormonal signals telling your brain you’re full and should stop eating.

As your fat stores increase, your weight goes up, and insulin resistance sets in. Now your body has become “deaf” to the signals from both hormones (leptin and insulin), and disease often follows, one of which is diabetes.

Just as with insulin, the only known way to reestablish proper leptin signaling is through proper diet, including the right type of fiber, which is primarily that from vegetables.

Soluble fiber, like that found in cucumbers, blueberries, beans, and nuts, was found to be particularly beneficial for type 2 diabetes. Soluble fiber dissolves into a gel-like texture, helping to slow down your digestion.

This helps you to feel full longer and is one reason why fiber may help with weight control. Soluble fiber may also help to slow your body’s breakdown of carbohydrates and the absorption of sugar, helping with blood sugar control.

Insoluble fiber, found in foods like dark green leafy vegetables, green beans, celery, and carrots, does not dissolve at all and helps add bulk to your stool. This helps food to move through your digestive tract more quickly for healthy elimination.

Many whole foods, especially fruits and vegetables, naturally contain both soluble and insoluble fiber. If your diet could use more fiber, resist the urge to fortify it with whole grains.

A simple “rule” to remember is simply to get most of your fiber in the form of vegetables, not grains, and focus on eating more vegetables, nuts, and seeds. The following whole foods, for example, contain high levels of soluble and insoluble fiber:

Prebiotics: Another Way Certain Types of Fiber May Benefit Diabetes

Certain types of fiber are prebiotics, which help nourish beneficial bacteria in your gut. These beneficial bacteria in turn assist with digestion and absorption of your food, and play a significant role in your immune function. Inulin, a prebiotic fiber found in onions, leeks, and garlic (among many other foods), has also shown particular promise for type 2 diabetes.

Women with type 2 diabetes who consumed 10 grams of inulin a day for two months had improvements in glycemic control and antioxidant levels. It’s thought that inulin may work to improve diabetes by positively modifying gut microflora or due to a direct antioxidant effect.

Prolonged exposure to excess insulin causes oxidative stress, which is thought to play a key role in type 2 diabetes and its complications. Inulin may help to counteract this with its antioxidant effects. Unprocessed whole foods (and as mentioned particularly onions and garlic), are among the best prebiotics, so if you’re eating right, you should be getting plenty in your diet. Psyllium seed husk is also a prebiotic. 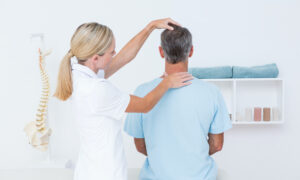 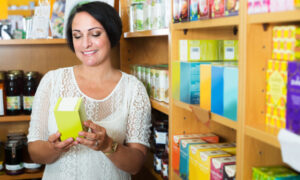 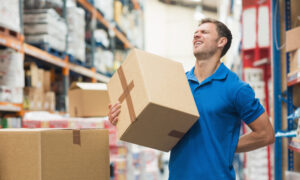 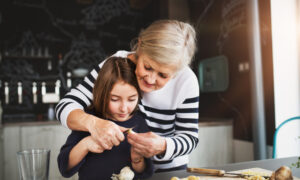 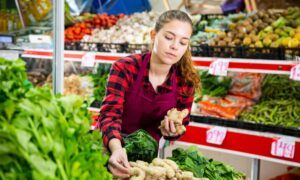