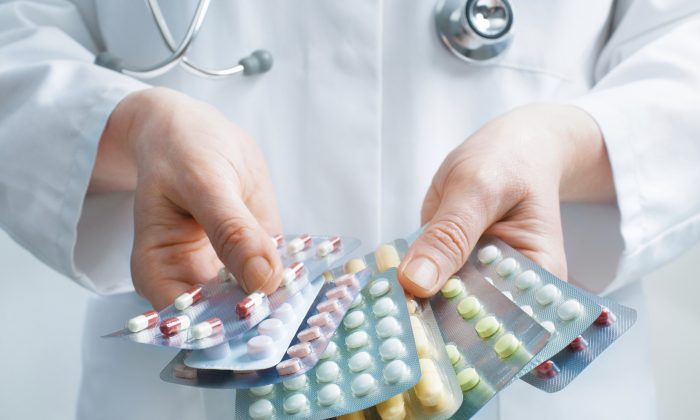 According to the Centers for Disease Control and Prevention, two million people become infected with antibiotic resistant bacteria each year, leading to at least 23,000 deaths. And these infections cost a lot—US$20billion in extra health care costs each year. To combat the problem, the White House is requesting $1.2 billion in the 2016 budget for diagnostics, new antibiotics, outbreak surveillance – and stewardship, which is how antibiotics are prescribed and used.

One of the reasons that antibiotic-resistant bacteria have become such a problem is because we take so many antibiotics. Per capita consumption of antibiotics in the United States is among the highest in the world. In 2010, 258 million antibiotic prescriptions were written nationally, almost one per person (0.83 prescriptions per person).

Prescribing rates can vary between states and within states. Many factors can drive these differences, like age, for instance. Children under the age of 10 and the elderly both consume large amounts of antibiotics. Access to health insurance, which in the US is primarily provided through employment (for those under 65), also plays a role. So rates can vary based on the population makeup of a given area (ie, more young children, more elderly residents, unemployment rates).

But, we found that the number of physicians per capita can also drive up prescribing. In other words, the more physicians there are per person in an area, the more prescriptions per person there will be.

In 2010, 258 million antibiotic prescriptions were written nationally, almost one per person.

Why would more physicians lead to more prescriptions? One reason is that more physicians simply means it is easier to see a doctor and thus people may go to visit a physician more often than they need to. This is sometimes referred to as supplier-induced demand.

The second reason is that physicians are competing for business either by increasing the number of patients they see by adding walk-in hours and same-day scheduling or by prescribing antibiotics more readily – even if they wouldn’t do any good – to maintain good patient relationships or to help retain patients.

To try to understand the relative effect of access vs. competition in driving prescribing rates, we looked at what happens when retail and urgent care clinics move into an area.

The Doc-in-the-Box Will See You Now

Retail and urgent care clinics, a delightfully American-style invention, have recently exploded in popularity and greatly expanded their reach. Sometimes called “Doc-in-the-Box” establishments, they are open nights and weekends when many doctor’s offices are closed and don’t require appointments. They also tend to cost less than a visit to more traditional medical practices. And when they enter a new area, they often compete with existing medical practices.

In areas with a lot of physicians, the introduction of a retail clinic and the resulting competition  pushed prescribing rates  up even further.

Because the number of retail and urgent care clinics has increased dramatically in recent years, we used these “Doc-in-the-Box” establishments to examine how physician prescribing is influenced by this competition and how an increase in provider density affects prescribing.

We found that these clinics are great for improving access when they are placed in areas that are poorer. So in these areas we find that a clinic results in more antibiotic prescriptions because access is better. This doesn’t lead to competitive effects with physicians because the clinics are not drawing people away from physicians. Instead they allow people who would not have gone to the doctor to have access to the healthcare system.

In wealthier areas, where people already have access to providers, these retail clinics generally mean competition for physicians. So people now have a choice: they can just walk-in to a clinic or try to make an appointment at their doctor. Thus in areas with a lot of physicians, the introduction of a clinic and the resulting competition for patients pushed prescribing rates by physicians up even further.

Understanding the factors that drive variability in prescribing rates, can help policy makers better target the activities that lead to inappropriate prescribing, like competition between providers.

Retail and urgent care clinics in both the US and abroad have increased access for people who lack access to primary care. But compliance with prescribing guidelines and oversight of clinics is necessary to ensure that better access and more competition doesn’t result in unnecessary antibiotic prescriptions.

While health care is a business, greater coordination between different kinds of practitioners (including clinics, primary care physicians, and specialists) and fostering more collaborative environments between physician offices and clinics could help reduce factors that lead to over-prescribing of antibiotics.

Dr. Eili Klein is assistant professor at Johns Hopkins University. Ramanan Laxminarayan, Ph.D., is a senior research scholar and lecturer at Princeton University. This article was originally published on The Conversation. Read the original article.