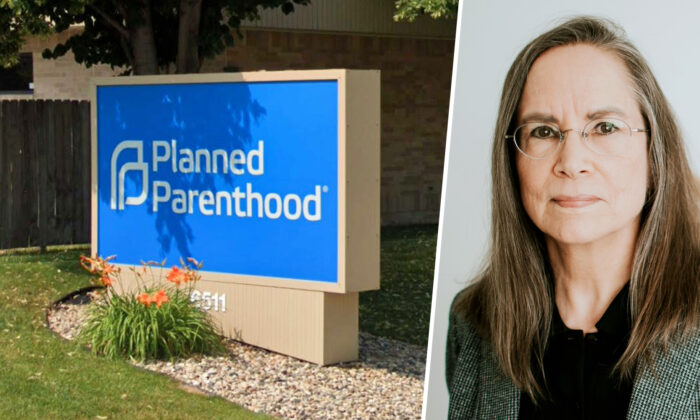 A former abortion doctor who worked for Planned Parenthood in the mid-1990s had an unexpected realization that she’d made a huge mistake—and this change of heart set her on a journey to the side of being pro-life.

She believes God was instrumental in guiding her on that journey.

Dr. Patti Giebink from Chamberlain, South Dakota, entered the medical profession as a liberal in the 80s, as someone devoted to women’s health with a view that abortion was vital to women’s health care—that it was saving women’s lives.

“All the history, pre-Roe v. Wade, women dying or becoming physically injured by illegal abortion, that’s what was so prevalent among these women’s groups when I was in medical school,” she told Focus on the Family.

As for the baby, she wrote in an article for CMDA, “I was told, ‘It’s just tissue,’ making it easier to settle my conscience. Initially, when early ultrasound pictures were more like a snowstorm than the detailed images we see today, fetuses seemed less human.”

Planned Parenthood is “about money.”

In 1995, Giebink got a job with Planned Parenthood and spent two years working part time, before becoming a full time abortion doctor for a third and final year. Her part time stint was “mentally schizophrenic,” she said—terminating pregnancies once a week at Planned Parenthood, while slaving to save the lives of mothers and babies other days of the week.

As a full time abortion doctor, Giebink was blown away by just how busy they were—Planned Parenthood seemed more like an “industry” than a health service, she said, adding, “They’re about money, and abortion is their top moneymaker.”

The clinic was supposed to offer counseling to patients who came, but there was almost none. She only had a brief two-minute consultation in the room with her patient, before the suction machine was turned on and verbal communication became impossible.

Nor was she supposed to counsel, as the Planned Parent protocol enumerated in a big binder. “It was very clear to me that I was a technician,” she said, adding that Planned Parenthood had counselors, but they just read a script and told patients where to sign.

To boot, the condition of the facility “really wasn’t all that clean” and had no provisions to handle complications, Giebink said. “In the three years that I was involved with Planned Parenthood there, I never saw anybody from the Health Department, never.”

She broke protocol by counseling patients who seemed conflicted, and later recalled one of her interactions: “She was really ambivalent, she was clearly undecided, and I said, ‘You seem to be struggling.’ And she said she really didn’t want to do this, but she already paid her money, and she traveled to get there, so she might as well just go through with it.”

Giebink continued, “‘You know, you can reschedule. If you’re unsure, reschedule.’

“She was so afraid that she wasn’t going to get her money back, and I said, ‘You will get your money back.’”

This wasn’t received well by Giebink’s superiors. She was terminated from her position in September 1997—which elicited an immediate sense of relief in her. Though it would take more than the loss of her stable job to upend her stubborn human will.

“The foundation for doing what I was doing was gone.”

Looking back, Giebink described feeling the “hand of God” protecting and leading her on the path to Him.

Among other things, facts dispelling her previous beliefs were revealed.

“I studied Roe v. Wade, read a lot of books on it, and the interesting thing is, I didn’t know that the numbers were inflated, the number of women dying every year from illegal abortion,” she said, crediting Dr. Bernhard Nathanson for setting the record straight.

“They had to really rally support for Roe v. Wade.”

She added, “And so they really inflated the numbers, and it really just stopped me in my tracks, and I thought, ‘Okay, the foundation for doing what I was doing was gone.’”

On a deeper level, Giebink’s spiritual journey began with a church invitation, where a new young pastor helped reorient her perspective on abortion and life. Captivated, she plunged into reading the Bible for over a year. “And at some point … it became so clear to me that God is the God of life,” she said.

It dawned that God was involved in the lives of her patients as much as He was hers. She described crossing paths with one “Baby Sam,” whose mother came to her, pregnant and suffering complications.

“She was like 24 weeks and she had some chronic bleeding,” Giebink told Focus on the Family. “The second time she came in, she was like 25-plus weeks, and still having some bleeding.

“But the baby on the monitor really looked bad.”

Giebink advised an immediate C-section for any shot at a good result, but admittedly painted “a pretty grim picture” of what a pre-term baby at 25-weeks would potentially face: eyesight, bowel, or lung problems, possibly having to be put on a ventilator, etc.

But the mom went forward—and Giebink marveled when her own woes were shattered.

“The baby was feisty and breathing, and it’s almost like the baby was saying, ‘Wow, finally you get me out of there!’” she recalled.

Fifteen years later, that same mom approached her at a pro-life rally and announced that her child was “perfect”—no eyeglasses, no nothing—which was a revelation that life isn’t how science understands it to be. God plays a role in every step.

“Are we reaching out to them?”

Bridging the stark, impenetrable divide between pro-choice and pro-life, Giebink’s unique perspective attests that tolerance and kindness are vital healing agents. Churches and pro-lifers, she said, ought to deliver safe passage to those who would venture to cross the void.

“We’re not going to make progress if we just stand on opposite sides of the street, calling each other names,” she said. “Are we reaching out to them? Or are we just in our own little world where we’re surrounded by people who look and act like us?”

Dr. Patti Giebink tells the story of how she bridged the divide, from working at Planned Parenthood to becoming a pro-life advocate, in her stirring new book, “Unexpected Choice: An Abortion Doctor’s Journey to Pro-Life,” available for purchase here.