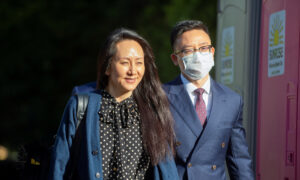 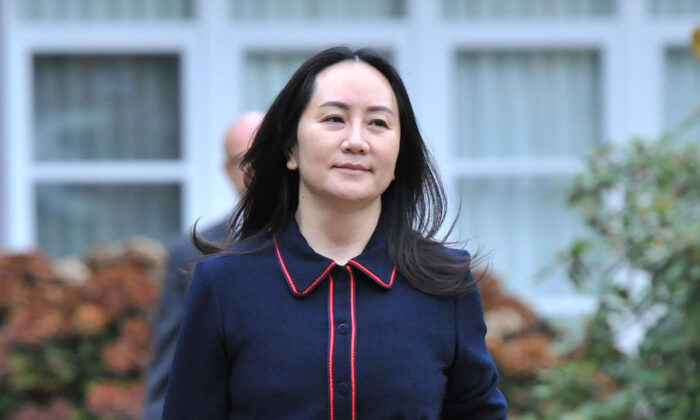 What Went On Behind the Scenes in the Meng Wanzhou Case?

As the “two Michaels” departed China for Canada on the evening of Sept. 24, not only their families but millions of Canadians were relieved to finally see the men safely on their way home.

Besides that, very little is known about the facts surrounding a decision by the U.S. Department of Justice (DOJ) to allow Huawei chief financial officer Meng Wanzhou to avoid extradition and a criminal trial and get off with a deferred prosecution agreement (DPA), which ended with Meng and Canadians Michael Kovrig and Michael Spavor returning to their respective countries at nearly the same time.

“There are so many different interests involved, from national security, to high finance, to geopolitical considerations, that if you’re trying to figure out what happened it’s like walking in a heavy fog where you can’t see more than an inch in front of your nose,” Marc Ruskin, a 27-year veteran of the FBI, said in an interview.

Some questions that bear pondering include whether the DPA worked mostly in Meng and China’s benefit, whether political influence was involved in Meng’s legal case, if there were negotiations behind the scenes, and what the different parties took to be a success at the end of the saga, besides the obvious happy ending for the two Canadian citizens who had been arbitrarily detained in China since December 2018.

Meng was arrested in Vancouver on Dec. 1, 2018, on a U.S. extradition request. She was charged with fraud for allegedly lying to HSBC bank about Huawei’s business dealings with Iran, leading HSBC to violate U.S. sanctions on Iran. Days later, Kovrig and Spavor were detained in China, with the move widely seen as a case of Beijing’s “hostage diplomacy” to pressure Canada to release Meng.

Meng is the daughter of Huawei’s founder, Ren Zhengfei, a former officer with China’s People’s Liberation Army. Huawei, which reported US$137 billion in revenue in 2020, is a telecom company with deep connections to the Chinese Communist Party (CCP).

Under her DPA with U.S. prosecutors signed on Sept. 24, Meng was allowed to plead not guilty but had to agree to the charges against her as spelled out in a statement of facts document. On the same day, after the DOJ withdrew its extradition request for Meng, a Canadian court removed her bail conditions, allowing her to fly back to China.

It is unclear what motivated the DOJ to offer Meng a DPA. The agency declined comment for this article.

Some possible valid motives could include uncertainty on whether her extradition from Canada would be allowed, as well as the opportunity to use the DPA to go after bigger targets for future criminal prosecutions.

However, the details surrounding the case make these possibilities unlikely.

Meng’s extradition proceedings in Canada were nearing the final stage this year, with the presiding judge setting a next appearance for Oct. 21 and saying she would have a better idea then of when she will be announcing her decision on whether to extradite Meng to the United States.

“She admitted the entirety of the United States’ case [in the DPA]. She admitted her guilt and signed an agreement to that effect,” Goldkind told The Epoch Times.

“The extradition therefore in Canada was airtight, properly brought in pursuant to the rule of law, which is why what happened [on Sept. 24] is such a disgrace in so many ways.”

Calvin Chrustie, a 33-year RCMP veteran who has worked in complex transnational organized crime investigations, says that in his experience, if someone is held in an extradition case as long as Meng was, there would be substantive evidence to support the extradition.

“Otherwise, in Canadian courts it would be almost unprecedented that someone would be detained that long … if there wasn’t significant evidence to support extradition,” says Chrustie, who now heads the security and risk consultancy firm Critical Risk Team.

Under Canada’s extradition law, the final decision on whether an individual should be extradited rests with the justice minister, even if a court has ruled in favour of extradition. In Meng’s case, the minister and the Canadian government had refused to intervene, saying all along that the issue would be decided by the rule of law.

Ruskin, now an adjunct professor at John Jay College of Criminal Justice in New York and an Epoch Times contributor, says DPAs are not that common but are not unheard of in white-collar crime cases. He says they are typically used to go after bigger targets for criminal prosecution.

For example, he explains, the DOJ may want to use the signed statement of facts in a future case against Huawei that could implicate the Chinese telecom giant. But that would require Meng’s presence in the court, which would not likely happen if she stays put in China, he says.

“The defence attorney of the company would object [if] she’s not there, because they can’t cross-examine a piece of paper,” says Surowitz, formerly chief division counsel at FBI Newark and now president of consulting firm SHS Solutions.

In addition, Meng’s DPA doesn’t stipulate that she must testify in future cases against others.

Lawyer Goldkind is convinced that despite U.S. and Canadian officials’ denials, the decision to offer Meng a DPA was influenced by politics.

“There is very little legal about this,” he said. “There is everything political.”

The issue of DPAs and political influence is fresh in Canadians’ memory following a scandal that cost Prime Minister Justin Trudeau two of his highest-profile cabinet members and a finding of ethics violations. According to a 2019 report by the ethics commissioner, Trudeau violated Canada’s Conflict of Interest Act when he pressured his then-attorney general Jody Wilson-Raybould to halt criminal prosecution against Montreal-based company SNC-Lavalin and to pursue a DPA instead. Wilson-Raybould and Treasury Board President Jane Philpott resigned from cabinet in protest and were later expelled from the Liberal caucus.

Surowitz says such political intervention in the United States would also be unethical, although the politicization of legal cases does happen.

“It would not be considered acceptable for a politician to influence the attorney general,” he says. “Unfortunately, these things have happened in our country.”

Ruskin reports the same trend within the FBI and the DOJ.

“The reality is that in recent years, they’ve become less objective and more subject to political influence,” he says. “As far as the field agents are concerned, I think they’re still objective and neutral, but there’s been a kind of a sea change at the bureau with the upper management.”

The White House is adamant that there was no link between Meng’s deal with the DOJ and the release of Kovrig and Spavor.

“We have an independent Justice Department. We can’t determine how the Chinese or others manage their business over there,” said White House press secretary Jen Psaki on Sept. 27. “At the same time, we have made no secret about our push to have the two Michaels released. That’s certainly positive news and good news.”

Psaki confirmed that during a Sept. 9 call between Chinese leader Xi Jinping and U.S. President Joe Biden, Xi brought up the issue of Meng’s case and Biden pressed for the release of Kovrig and Spavor, but she said “there was no negotiation about it.”

She added that she doesn’t have any information on whether Biden was aware of negotiations between Meng’s lawyers and the DOJ.

Canada’s ambassador to the United States, Kirsten Hillman, similarly says the DOJ’s offer of a DPA was independent of the release of the two Canadians.

“The DPA and the resolution of the charges against Ms. Meng was a completely independent process,” Hillman told CTV on Sept. 26.

She added that as Meng’s resolution “was heading towards success … the Chinese government made its decision, and its decision was that it was no longer in its interest to continue holding the Michaels.”

She credited “pressure from Canada, from our allies around the world” for the Chinese regime’s decision to release Kovrig and Spavor.

Chrustie says that in a case such as Meng’s, it’s not possible to take the legal case “away from the context of the larger geopolitical conflict.”

“I would imagine that the negotiations and resolution tracks were, on multiple levels, extremely complex, and there wasn’t likely one single track of negotiation. There would be a negotiation table and multiple negotiations taking place away from the table in discrete contexts,” he said.

He adds that whenever criminal law crosses into international law—for example in cases where extradition is involved—the process becomes more prone to being impacted by outside influence.

Sheng Xue, a Chinese-Canadian activist and author, says the U.S. and Canadian governments should be transparent about “what went on behind the scenes.”

“It’s very sad. I see that a lot of people are now saying that the legal system is not trustable even in the United States or Canada, and it could be influenced by political powers,” she said in an interview. “This is a disaster.”

Sheng says what transpired allowed the CCP to get away with its “hostage diplomacy,” as the regime released Kovrig and Spavor immediately after Meng was freed, dispelling any illusions that its arbitrary detention of the two Canadians wasn’t in retaliation for Meng’s arrest.

“The CCP is now very arrogant,” she said.

In Sheng’s view, the only winners, besides the two freed Canadians, are the leaders of the three countries: Xi Jinping, for bringing the executive of China’s crown jewel company back; Trudeau, for taking credit for the release of the Canadians; and Biden, who also claims credit and who she says has pursued a soft approach on the CCP.

But it wasn’t the people of these countries who benefited from what transpired and China’s “hostage diplomacy,” she says, noting that in the end, even Meng wasn’t a winner.

“Meng is now useless to the CCP after her arrest. The CCP wanted her back so badly because they didn’t want to allow her to speak freely in the free world,” she said.

Goldkind says that while it’s great news that Kovrig and Spavor are back home, the world has watched “two Western world governments negotiate with hostage takers.”

“From a rule of law and even diplomacy perspective, I find this all to be a complete disgrace,” he said.

For Chrustie, every conflict provides “huge opportunities” and this one is no exception. He says the way in which Beijing conducted itself throughout the Meng case has better shown the world “the threat China poses.”

More importantly, he adds, the case has made clear “how Western democracies have to now rely more on each other, not only in the security and intelligence world, but in the economic, financial, and trade world.”