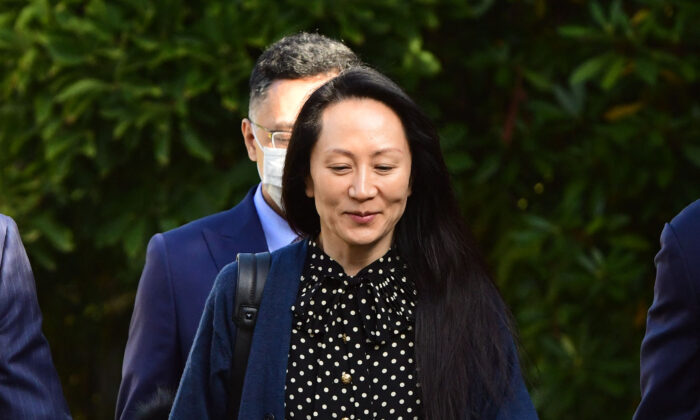 The decision comes hours after Meng reached a deferred prosecution agreement with the U.S. Justice Department in a U.S. federal court in Brooklyn.

Attending the U.S. court virtually from Vancouver, Meng pleaded not guilty on charges relating to bank and wire fraud, but agreed to the charges against her under a deal with U.S. prosecutors.

Under the agreement, Meng will have charges against her dismissed after Dec. 1, 2022.

“In entering into the deferred prosecution agreement, Meng has taken responsibility for her principal role in perpetrating a scheme to defraud a global financial institution,” acting U.S. attorney Nicole Boeckmann said in a statement.

“Her admissions in the statement of facts confirm that, while acting as the Chief Financial Officer for Huawei, Meng made multiple material misrepresentations to a senior executive of a financial institution regarding Huawei’s business operations in Iran in an effort to preserve Huawei’s banking relationship with the financial institution.”

Meng was arrested in Vancouver on Dec. 1, 2018, on an extradition request from U.S. officials, who later charged her with bank fraud for allegedly lying to another organization about Huawei’s business dealings with Iran, leading the organization to violate U.S. sanctions.

Following Meng’s arrest, Beijing threatened Canada with dire consequences if she was not released. On Dec. 10, 2018, just over a week after Meng’s arrest, Canadians Michael Kovrig and Michael Spavor were detained in China. In early 2019, a Chinese court changed a 15-year jail sentence given to Canadian Robert Schellenberg on drug charges to a death sentence.

The regime has also blocked Canadian agricultural imports to China, causing billions of dollars in lost revenue for Canadian producers.

On Aug. 10, as Meng’s extradition case was winding up in Canada, a Chinese court rejected Schellenberg’s appeal of his death sentence. The following day, another Chinese court sentenced Spavor to 11 years in prison on espionage charges.

The trial for Kovrig, who has also been charged with espionage, was held in March but he has yet to be sentenced.

Since her arrest, Meng had been free on bail, allowed to live at one of her mansions in Vancouver, and roam within a 62-square-kilometre section of Vancouver. She also received visits from her family from China.

Meng’s fight against extradition reached its final stages this year. A B.C. Supreme Court judge overseeing the case said on Aug. 18 she is reserving her decision on whether Meng should be extradited, setting a date for her next update in late October.

Canada’s extradition laws allow the minister of justice to intervene to block extradition, something that so far the Canadian government had refused to do.

Editor’s note: This article was updated on Sept. 24 at 9 p.m. to add more details.