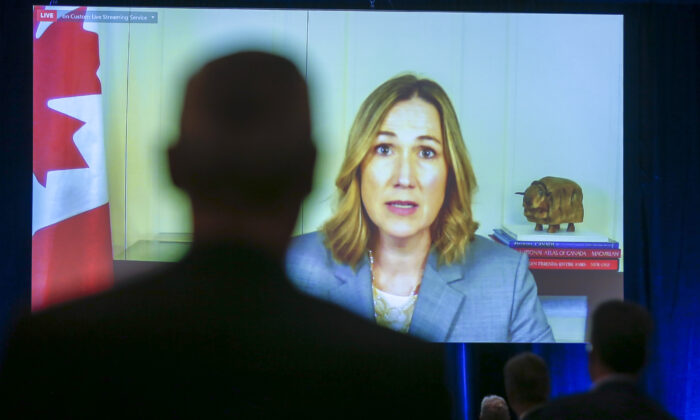 Canada’s ambassador to the U.S. says Washington did not make China’s release of Michael Kovrig and Michael Spavor a condition of the resolution of the charges against Huawei chief financial officer Meng Wanzhou.

“Absolutely not. The DPA [Deferred Prosecution Agreement] and the resolution of the charges against Ms. Meng was a completely independent process,” said Kirsten Hillman, when asked during an interview on CTV’s Question Period on Sept. 26, whether the United States negotiated with China by using the resolution as a condition to release the two Canadians in return.

But the host noted that a series of events starting from Meng reaching a DPA with the U.S. Justice Department on Sept. 24, followed by the B.C. court lifting her bail conditions on the same day allowing her to return to China, to the “enormously complex” logistics of getting the two men aboard a return flight within such a short time, made it hard not to believe the cases “must have been linked in the negotiation.”

Hillman replied that as Meng’s resolution “was heading towards success … the Chinese government made its decision, and its decision was that it was no longer in its interest to continue holding the Michaels.”

“And so they started the process, in talking to our officials in Beijing, about making arrangements to have the Michaels leave,” she said.

When asked if she agreed that the arbitrary detention of Kovrig and Spavor in apparent retaliation for Meng’s arrest amounts to a case of hostage diplomacy, Hillman said the facts seem to point to that.

“Well, I mean, I think everyone is drawing the conclusion that the facts seem to demonstrate [that],” she said.

When asked what the ongoing threat of hostage diplomacy means for Canada-China relations, Hillman declined to answer directly but emphasized that Canada “never succumbed to the pressure” China asserted by detaining Kovrig and Spavor and followed through with Meng’s trial proceedings.

Kovrig and Spavor had been held captive on baseless charges in China since Dec. 10, 2018. Their detention came a few days after Meng was arrested in Vancouver on Dec. 1, 2018, on a U.S. extradition request for charges of bank and wire fraud relating to violating U.S. sanctions on Iran. Prior to their detention, Beijing had warned Canada of dire consequences if Meng was not released.

Hillman added that as the judicial negotiations in Meng’s case with the United States came closer to a resolution, the Chinese regime began to succumb to pressure to releasing the two Michaels.

“I think in having felt for over 1,000 days incredible pressure from Canada, from our allies around the world that we had mobilized in regards to the situation of the Michaels and the call for their immediate release. … I think the Chinese government decided that it was time to put this behind them and move on,” she said.