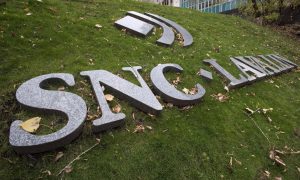 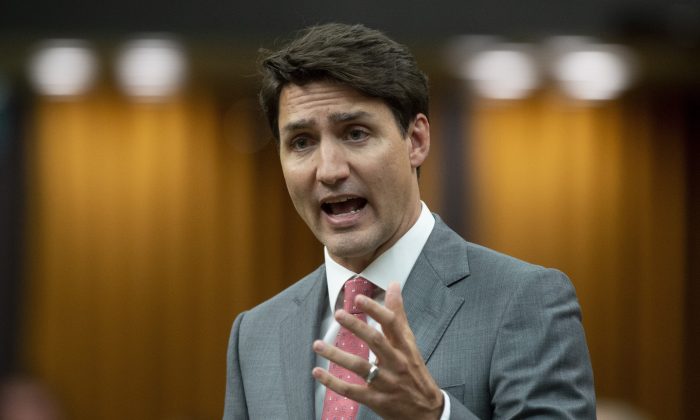 Prime Minister Justin Trudeau responds to a question during Question Period in the House of Commons in Ottawa on June 19, 2019. (Adrian Wyld/The Canadian Press)
Canada

Mario Dion concluded that Trudeau’s attempts to influence Wilson-Raybould on the matter contravened section 9 of the act, which prohibits public office holders from using their position to try to influence a decision that would improperly further the private interests of a third party.

He said there’s little doubt that SNC-Lavalin’s financial interests would have been furthered had Trudeau succeeded in convincing Wilson-Raybould to overturn a decision by the director of public prosecutions, who had refused to invite the Montreal engineering giant to negotiate a remediation agreement in order to avoid a criminal prosecution on fraud charges related to contracts in Libya.

“The prime minister, directly and through his senior officials, used various means to exert influence over Ms. Wilson-Raybould,” Dion wrote.

“The authority of the prime minister and his office was used to circumvent, undermine, and ultimately attempt to discredit the decision of the director of public prosecutions as well as the authority of Ms. Wilson-Raybould as the Crown’s chief law officer.”

Trudeau subsequently kicked both women out of the Liberal caucus; they are running for re-election as independent candidates. Both said Wednesday they were still reading the report and would not comment until they’ve read it in its entirety.

Trudeau’s political rivals, all of whom are jockeying for position with the start of an election campaign now just weeks away, wasted little time in seizing on what appeared to be a golden opportunity.

“Justin Trudeau said he would be accountable and ethical. Instead, he used the power of his office to reward his supporters and punish his critics,” Conservative Leader Andrew Scheer wrote in a tweet that hit his Twitter feed within an hour of the report’s release.

Justin Trudeau said he would be accountable and ethical. Instead he used the power of his office to reward his supporters and punish his critics. He is now the only PM in history to be found guilty of breaking federal ethics law not once, but twice. Trudeau is not as advertised. pic.twitter.com/R9kQcUomqN

I’m responding to today’s breaking news that Justin Trudeau has been once again been found guilty of breaking federal ethics laws, this time for the SNC-Lavalin corruption scandal. WATCH: https://t.co/nY8Oh5Vubb

“He is now the only PM in history to be found guilty of breaking federal ethics law not once, but twice.”

“The prime minister’s fundamental job to Canadians is to assure them that the rule of law will be respected,” Angus said. “I can’t think of a precedent of this happening before. The prime minister has been found guilty of a very, very serious interference in the legal processes of Canada.”

Dion also made a point of noting that due to the confidentiality obligations that govern cabinet documents and discussions—obligations that were partially waived by the Prime Minister’s Office at the height of the scandal, to allow Wilson-Raybould to testify—he wasn’t able to access all the necessary materials.

“The decision made by the Privy Council Office to deny our office access to a full range of cabinet confidences meant nine witnesses were constrained in providing our office with the full body of evidence potentially relevant to the examination,” he wrote.

“I believe that decisions relating to my access to such information should be made transparently and democratically by Parliament, not by the very same public office holders who are subject to the regime I administer.”