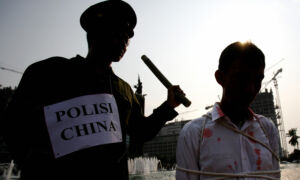 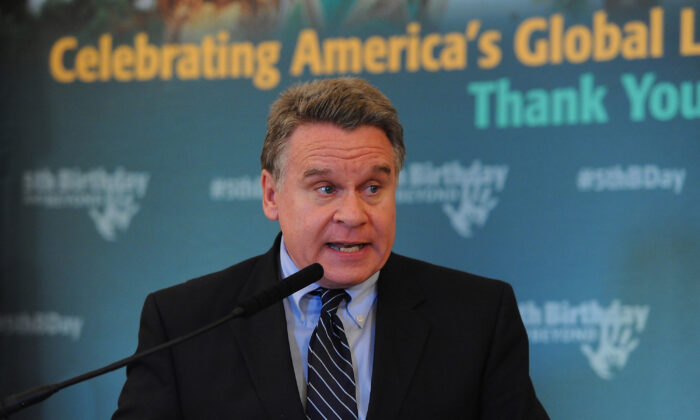 Rep. Chris Smith (R-N.J.) speaks at the 5th Birthday And Beyond event at the Russell Senate Office Building in Washington on June 25, 2014. (Photo by Larry French/Getty Images)
China-US News

A bipartisan group of U.S. lawmakers has introduced legislation in the Senate and the House to stop China’s state-sanctioned practice of forced harvesting of organs for transplant from prisoners of conscience.

“Organ harvesting is an egregiously barbaric and inhumane act that has no place in our world,” Rep. Chris Smith (R-N.J.), the prime sponsor of the House version, said in a March 9 statement.

“We must do more to put an end to the horrific abuse by international human trafficking gangs, terrorist organizations, and even some governments—China’s communist regime in particular—who kill innocent people and sell their organs for profit.

“Our legislation would empower the U.S. State Department to identify and expose organ harvesters and traffickers across the world with the goal of punishing perpetrators through effective sanctions and travel restrictions.”

The legislation, the Stop Forced Organ Harvesting Act, would authorize the U.S. government to deny or revoke passports for people who engage in the illegal purchase of organs.

Under Section 301 of the National Organ Transplant Act, the commercialism and private sale of human organs are banned.

China has been one of the top destinations for transplant tourism, while Beijing has promoted its narrative in U.S. newspapers that organs are sourced from voluntary donations. The Chinese regime announced that it would stop sourcing organs from executed prisoners starting on Jan. 1, 2015, and claimed that it would executively rely on a new system of voluntary donations.

Beijing’s claim was refuted by a June 2019 report published by a London-based people’s tribunal. The report concluded, after a year-long investigation, that the stated-sanctioned practice of forced organ harvesting was happening on a “significant scale” in China, with Falun Gong practitioners being the main source of organs.

Adherents of Falun Gong, a spiritual discipline that’s also known as Falun Dafa, have been the targets of persecution by the Chinese regime since 1999.

The legislation would also prohibit the U.S. export of organ transplant surgery devices to these foreign entities responsible.

“There is growing evidence that the Chinese Communist Party has and continues to harvest organs from persecuted religious groups, prisoners of conscience, and inmates,” Cotton said in a statement.

“This bill will identify and punish CCP members involved in forced organ harvesting. It’s past time to hold Beijing accountable for these heinous acts.”

Similar legislation was introduced in the previous session of Congress in December last year.