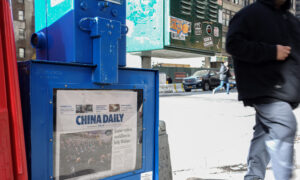 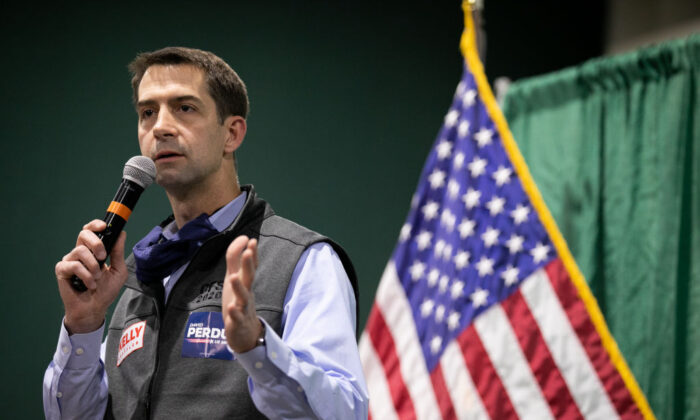 A bipartisan group of U.S. lawmakers has introduced legislation in both chambers of Congress to stop China’s state-sanctioned practice of harvesting organs from prisoners of conscience.

“There is growing evidence that the Chinese Communist Party has and continues to harvest organs from prisoners and members of Chinese religious groups,” Sen. Tom Cotton (R-Ark.) said in a statement from his office.

The legislation, the Stop Forced Organ Harvesting Act of 2020, proposes sanctions for individuals involved in forced organ harvesting and organ trafficking. It was introduced in the Senate by Cotton on Dec. 15 (S.5016), and in the House (H.R.8972) by Reps. Chris Smith (R-N.J.) and Tom Suozzi (D-N.Y.).

“It’s past time to hold Beijing accountable for these heinous acts,” Cotton added.

Beijing’s claim was refuted by a June 2019 report published by a London-based people’s tribunal. The report concluded, after a year-long investigation, that the stated-sanctioned practice of forced organ harvesting was happening on a “significant scale” in China, with Falun Gong practitioners being the main source of organs.

Adherents of Falun Gong, a spiritual exercise also known as Falun Dafa, have been the targets of persecution by the regime in Beijing since 1999.

Millions of Falun Gong practitioners have since been thrown into prisons, labor camps, psychiatric wards, and other facilities. Hundreds of thousands have suffered torture, according to estimates from the Falun Dafa Information Center.

“Organ harvesting is a barbaric, inhumane, and egregious act of global significance as transnational human trafficking gangs, terrorist organizations, profiteers, and even governments—China’s Communist regime in particular—kill innocent people and sell their organs for profit,” Smith said in a statement.

If enacted, the bill would empower the secretary of state to deny or revoke passports for people who are convicted under section 301 of the National Organ Transplant Act, which bans the commercialism and private sale of human organs.

Additionally, the bill would mandate that the State Department add information on forced organ harvesting and organ trafficking in foreign countries in its annual country reports on human rights.

Within 30 days after the country reports are published, the assistant secretary of state for democracy, human rights, and labor would need to submit a report to the foreign affairs committees of both the House and Senate, identifying foreign officials and entities responsible for forced organ harvesting.

In a separate report, the secretary of state, in consultation with the health and human services secretary, would need to identify medical and educational institutions in the United States that train organ transplant surgeons affiliated with those foreign entities.

The bill would also prohibit the U.S. export of organ transplant surgery devices to these foreign entities.

Finally, the bill would also empower the president to impose sanctions on foreign officials and entities that engage in or support forced organ harvesting. According to the language of the bill, possible sanctions include blocking property transactions in the United States, revoking existing visas, and denying entry to the United States.

An investigative report by The Epoch Times in 2016 focused on one particular Chinese hospital known for conducting organ transplant surgery, Tianjin First Central. The report concluded that tens of thousands may have been killed, as the hospital carried out more transplants than a supply of organs from executed prisoners could support.

In November 2019, a study published in the scientific journal BMC Medical Ethics concluded that Beijing was likely systematically falsifying its organ donation data, as the figures conformed very closely to a quadratic function. The study further disputed China’s claim that it was sourcing organs solely from willing donors.

“How do we get the Chinese Communist Party and the state it runs to stop the killing of innocents for their organs?” Matas said in a statement.

“One way is surely to shine a light on what they are doing. This bill is important for proposing exactly that, not just on China alone, but on every other country in the world, as points of contrast with China.”