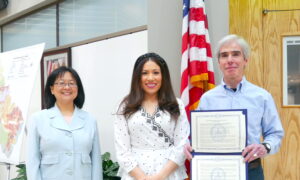 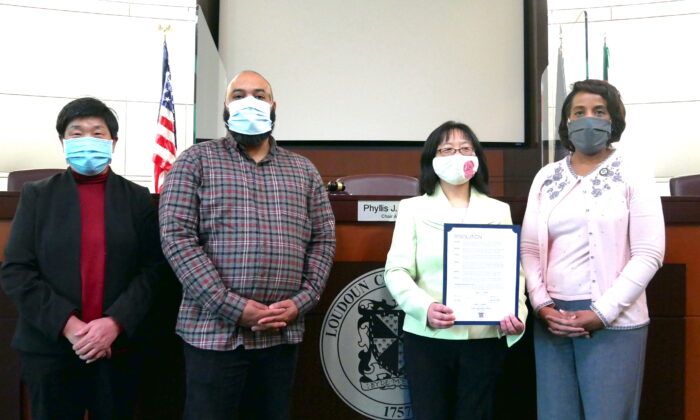 Loudoun County, Virginia, recently became the state’s fourth county to pass a resolution this year in support of the Falun Gong spiritual movement and to condemn the Chinese Communist Party for its unethical practice of forced harvesting of organs for transplant from political or religious prisoners.

“The killing of religious or political prisoners for the purpose of selling their organs for transplant is an egregious and intolerable violation of the fundamental right to life,” the resolution, passed on March 3, stated.

“When you harm people anywhere, it harms all of us. Anywhere someone is harmed, humanity as a whole is harmed,” Phyllis J. Randall, chairwoman of the Loudoun County Board of Supervisors, said in an interview.

Because Dulles International Airport, located in the county, is a source of flights to and from China, it “presents a real opportunity for the unethical practices to occur in this area,” Randall said.

Falun Gong, also known as Falun Dafa, is a spiritual practice that originated in China. It consists of meditative exercises and spiritual teachings based on the principle of truthfulness, compassion, and tolerance.

The Chinese Communist Party began its persecution of Falun Gong practitioners in 1999. According to the Falun Dafa Information Center, millions of adherents have been sentenced to labor camps and prison, and hundreds of thousands have been tortured.

In 2019, an independent people’s tribunal in London concluded that the Chinese Communist Party has been forcibly harvesting organs from detained Falun Gong practitioners for many years, and on a “substantial scale.”

Tiny Tang, a Virginia resident and Falun Gong practitioner, said she was very grateful for the resolution.

“The practice of forced organ harvesting in China has been underreported in the U.S. media, and the Chinese Communist Party has been working tirelessly to hide the situation from the rest of the world,” she said.

Yang said that Falun Gong practitioners who fled to Virginia from China told her they had been forced to work in labor camps for up to 20 hours a day. They also said that most of the products they made were shipped to the United States.

Randall expressed hope the resolution could help in ending the “horrible practice” of organ harvesting.

“That’s not the proper way to treat other humans,” she said. “It’s a test for the international community.”

A previous version of the article misstated the last name of Tiny Tang. The Epoch Times regrets the error.