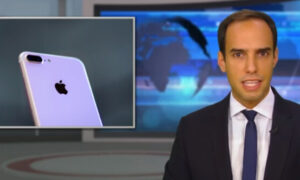 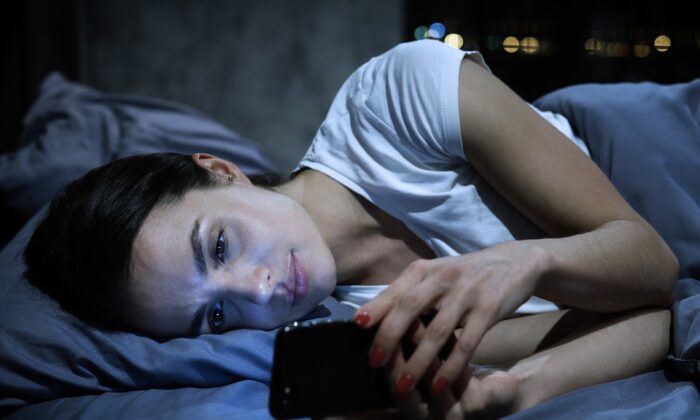 The concept of nomophobia oversimplifies both how these devices are used and the potential treatments for this device-related anxiety. (Damir Khabirov/Shutterstock)
Mind & Body

Being away from your smartphone may cause you anxiety, but that doesn't make it a disease
By Wuyou Sui

Through social distancing mandates, lockdown measures, and restrictions on gatherings and services, the pandemic has brought about widespread changes to how modern societies function. And everyone has become more reliant on smartphones.

One study found smartphone use increased by 70 percent during the first few months of the pandemic. And a recent Canadian survey found more than 40 percent of respondents are spending even more time on their phones this year. The reliance on digital technologies, including smartphones, has increased tremendously because of the need to do everything from home—working, studying, staying connected, reading the news, and interacting with services such as food and grocery delivery.

The relationships we form with smartphones have recently become of interest to researchers, especially the potential negative impacts when it comes to overuse and attachment.

One relationship in particular concerns the anxiety felt when people are unable to use or be in contact with their smartphones, known as nomophobia. Nomophobia, or no-mobile phobia, is thought to be a product of the intense attachments to our devices and is believed to be strongest among people who use their phones the most, such as teens and young adults.

Some researchers have gone so far as to argue that nomophobia should be introduced into the DSM-V (the manual for diagnosing psychiatric illnesses), or be treated through cognitive behavioral therapy and other psychological and pharmaceutical treatments. But these claims are rooted in a de-contextualized idea of nomophobia, which ignores many real-life interactions that necessitate the use of smartphones.

As digital health researchers who have conducted (and are currently conducting) several studies examining problematic smartphone use in post-secondary students, we argue that treating nomophobia as a mental illness or a medical condition in need of treatment is flawed and potentially harmful.

In a recently published study, we suggest that nomophobia, or the anxiety associated with not being able to access one’s smartphone, has less to do with how often one uses their phone and more to do with the context in which the phone is used. The existence of smartphones has modified social and work expectations so that 24-hour availability is now often considered the norm.

There’s no question that smartphones have become an important and arguably irreplaceable part of everyday life. Just as the automobile became irreplaceable because of urban sprawl that prioritized roads over walkways, the smartphone has become irreversibly embedded into our globalized and fast-paced lives. Unlike the automobile, which is typically used for a single function, smartphones can be used in many ways—some of which are beneficial to the user.

Anxiety Comes From the Implied Demands

During the pandemic, smartphones enabled remote grocery pick-up and food delivery, facilitated friend and family check-ins, and allowed services such as banking and doctor’s appointments to continue. This kind of smartphone use demonstrates clear utility and convenience.

Comparatively, some aspects of smartphone use are products of larger social and occupational norms. Modern work demands such as promptly answering emails and attending calls have been largely supported by smartphone functions and apps (such as email, video conferencing, modifying documents). This means many employers expect their workers to be available beyond 9 a.m. to 5 p.m., and the anxiety associated with smartphones (or lack thereof) stems more from these implied demands than the device itself.

Similar anxieties stemming from “smartphone use” have been associated with social media consumption. Specifically, research (including our own) has documented that the more time you spend on social media apps, the higher the nomophobia. Meaning the anxiety associated with being unable to use your phone stems from how it’s being used rather than the device itself.

Part of Our Everyday Worlds

The complicated relationship we have with our phones is clearly demonstrated through how they’re marketed to us and their features. Our phones are positioned as “creative outlets” and are reflections of our self-expression through customization and usage.

The commercial for the iPhone 12, for example, focuses on how it’s the right gadget for everyone regardless of interests and use. The commercial goes so far as to visually suggest that the phone never needs to leave your hand and can perform any function you would need throughout your day.

The addition of features such as Apple or Google Pay, face ID, and digital assistants like Siri exemplifies the way in which smartphones are no longer a simple and passive device, but rather a way by which we interact with our everyday worlds.

Smartphones have become an integral technology to the fabric of modern society. The concept of nomophobia oversimplifies both how these devices are used and the potential treatments for this device-related anxiety. Smartphones clearly extend a level of convenience, communication, and utility that not only allows us to operate within society but to impose ourselves on it.

We must be critical and consider how and when these devices are helping us, harming us, and changing us. The potential harms of treating nomophobia as a clinical condition ignore the complex and various ways we use our smartphones. What we use our devices for and how much we use them are often constrained by external factors, such as employer demands.

Wuyou Sui is a postdoctoral fellow in the behavioral medicine lab at the school of exercise science, physical & health education at the University of Victoria in Canada, and Anna Sui is a doctoral candidate in the school of health and rehabilitation sciences at Western University in Canada. This article was first published on The Conversation.