Expert on Aluminum Toxicity Forced Out of University 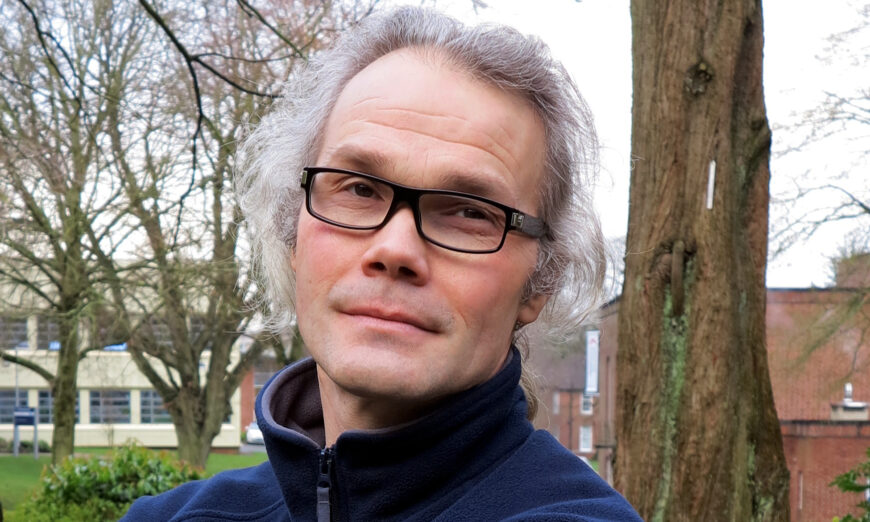 Christopher Exley is one of the most knowledgeable and widely cited aluminum researchers in the world. Exley has published over 200 peer-reviewed scientific papers and recently authored a book about aluminum, “Imagine You Are an Aluminum Atom: Discussions With Mr. Aluminum” (Skyhorse, 2020).

However, in July of last year, Exley was forced out of his position as a tenured professor. His extensive scientific discoveries, he explained, have started to call into question the safety of aluminum, especially when it becomes sequestered in the human brain.

Instead of celebrating this important science, Exley’s university withdrew funding for his research.

On any given day in his old laboratory at Keele University in Staffordshire, England, you could find Exley—bespectacled, blue-jeaned, and pony-tailed—looking over an experiment design with his graduate students, double-checking the results of an analysis, or discussing the meaning of his team’s most recent findings.

His path toward becoming a research scientist was straightforward: After earning an undergraduate degree in Biology, Exley received funding from Imperial Chemical Industries (ICI), Britain’s largest chemical company, to earn his Ph.D. ICI is the parent company for both Syngenta, which bioengineers seeds and other agricultural products, and the vaccine manufacturer, AstraZeneca.

In 1992, Exley began working at Keele. The university sits on a wooded campus with seven lakes and ornate stonework 19th-century buildings. Today some 10,000 students study there.

One of the best things about Keele, Exley said, was that it offered students dual honors courses long before this was available at other universities. If you want to study music and physics, for example, you could.

“I liked the flexibility the university offered at that time,” Exley said. “It was a pleasant place to go to. I had a good office and excellent lab space. I didn’t get any direct funding from the university … but I managed to bring in my own funding over the years. I created a group. No one interfered with us and we got on with things.”

For eight years, Exley was a Royal Society University Research Fellow and exclusively did research. Then he became what’s known in England as a reader, after which he was promoted to full professor in Biology. Among his many responsibilities was teaching biochemistry labs to first-year students.

The Role of Aluminum in Life?

Throughout his academic career, Exley told us that he has sought to answer one burning question: “What is the role of aluminum in life? That was always paramount,” he said. “I was not your classic scientist who moved between subjects.” Despite his scientific colleagues advising him to “change subjects” and “do something else,” he never did.

As a prolific scientist with a variety of funding sources whose careful chemical analyses could be applied to help solve real-life medical problems—reducing Alzheimer’s disease, for example—Exley said that he enjoyed the support of his university for over 25 years.

In fact, up until six years ago, Exley explained to us by video call, the university’s media office usually issued a detailed press release about each of his new research findings.

Aluminum as a Vaccine Adjuvant

Apart from attenuated live vaccines, all other kinds of vaccines—including the mRNA-based and viral vector-based COVID-19 vaccines—usually require the addition of an adjuvant to be effective.

The word adjuvant comes from the Latin “adjuvare,” which means to help or to enhance. Adjuvants are crucial parts of vaccines as they help the body recognize the antigens in the vaccines as foreign.

The adjuvant activity of aluminum compounds was first demonstrated in 1926 with diphtheria toxoid absorbed into alum. So far, aluminum-based compounds (principally aluminum hydroxide or phosphate) are the most commonly used adjuvants for human vaccines.

A recent study published in the journal Nature by a team of 19 scientists based in Brazil, China, and the United States, suggested that gold nanoparticles may be used effectively as adjuvants.

In 2016, Exley and his team published an article about aluminum adjuvants.

Exley’s 2016 research found that the aluminum adjuvants varied in how reactive they were in the body and how much they were taken up in the cells. The team posited that although one form, aluminum oxyhydroxide, was not immediately toxic to the cells, it had the potential to be transported throughout the body and even to the brain.

While Keele University’s press office initially published a press release about the study that Exley helped them draft and that the Dean of Natural Sciences approved, Exley told us that one or two days later part of the press release was removed without his knowledge or consent. But when he asked the dean why, the dean allegedly said that he “wasn’t sure about the written English.”

According to Exley, that was the last time the university ever put out a press release about his research, and the press officer—with whom he had worked for 20 years—suddenly left Keele and never spoke to him again.

“We were highlighted for many, many years—25 plus years of really positive cooperation—and then it all ended.”

But it wasn’t just that the university stopped writing press releases featuring his research in Keele’s magazines, and showcasing his work in other ways. After he started publishing research that called into question the safety of the aluminum used in vaccines, Exley said, he became the subject of disciplinary hearings. Though he was found to have done nothing wrong, at Keele University you still get a mark on your disciplinary record. If you get three marks in the same year, even a tenured professor can be fired.

“I was afraid to even comment, often, about my research interests and things because I kept being told that I was bringing the university into disrepute,” Exley said.

By the middle of March 2020, Keele barred professors from going to their laboratories and doing their research. Exley commented on an article in the Times Higher Education Supplement, a British magazine, saying that he found it ridiculous that he was able to order birdseed, which was considered “essential,” but he was not allowed to continue his ongoing research to help people with Alzheimer’s. “So the birdseed people were able to continue working but scientists were not.”

Just for leaving that online comment in May 2020, Exley alleged that he was again singled out for disciplinary action. In July, he said, he was interviewed by the Department Chair, who told him he was “bringing the university into disrepute.”

It was “utter nonsense,” Exley said. He had in no way singled out the university—he had been critiquing the government’s hypocritical policies that allowed birdseed workers to continue their employment but shut down scientists—but, he said, “it made no difference.” He was ordered to go to another disciplinary meeting, which was scheduled close to Christmas of 2020, but, Exley said, he refused to attend.

Landmark Research in the Field

Dr. George Perry, one of the world’s leading Alzheimer’s researchers and the editor-in-chief of the Journal of Alzheimer’s Disease, issued a press release calling Exley’s work, “a landmark piece of research in the field.”

But when the press release was forwarded to Keele University, as Exley detailed in his 2020 book, the dean dismissed it as “sensationalism,” and told the editor the university was not interested in issuing a press release or supporting it in any other way.

Forced Out as Funding Denied

“Bobby Kennedy sent me $15,000 as a personal donation towards our research. He sent it as a check in the post. So I took it round to the finance people to put into our account … and Keele refused it.”

In a letter they wrote to Bobby Kennedy explaining why they would not accept the check, they explained that any personal money donated from him would upset Keele University’s major investors.

“… accepting any large donations from prominent public figures or foundations could place the institution in an ethical and reputational predicament. To do so could generate potentially negative media coverage and may also jeopardize the strong relationships it holds with its existing major funders and partners,” Professor David Amigoni, Pro Vice Chancellor for Research and Enterprise, and Dr. Mark Bacon, Director of Research, Innovation & Engagement Keele University, wrote in a letter dated Feb. 20, 2020, to Kennedy, which was subsequently published on the internet.

But Exley believes it was also the peer-reviewed published science that his prolific team was producing about how aluminum, found in adjuvants, gets into the brain, that made Keele University administrators want to silence him.

The Vice-Chancellor successfully prevented Exley from obtaining research funding from any philanthropic organizations, personal donations, or charities. Exley felt he had no choice but to leave his job. Before he was forced out, his team was bringing in about $200,000 every year.

Questioning Vaccine Safety, Accused of Being an Anti-vaxxer

AstraZeneca is manufacturing the COVID-19 vaccine on Keele’s campus. The Bill and Melinda Gates Foundation—which has invested heavily in vaccine research and promotion—is also one of the university’s funders, according to Exley.

Keele’s Vice-Chancellor accused Exley of being a leading player in Britain’s anti-vaccine movement, claiming that all of his research was “anti-vaccine.”

A 2019 article in the British newspaper The Guardian also categorized Exley’s research as claiming a link between vaccines and autism.

None of the science Exley has ever done, he said, is anti-vaccine. Exley is interested in aluminum and the role it plays in biology. Many of his published papers, in fact, do not mention the word “vaccine.”

Recently the editor-in-chief of an Elsevier science journal was essentially forced to resign to maintain his professional independence after publishing a scientific paper about mRNA vaccines interfering with immune signaling. Other scientists and medical doctors who have been speaking out about vaccine safety concerns have faced disciplinary action, censorship, ostracism, and ridicule.

However, scientists like Exley argue that their personal opinions and any professional repercussions are not as important as following where the science leads them, even if that means going somewhere unexpected.

“The science must be the loudest thing. It must be what talks. Not my opinions. Not what I think. But the science,” Exley insisted.

Most recently, however, the science has led him to suspect that the aluminum in vaccines may be doing more harm than good.