3 American Conspiracy Theories That Turned Out to Be True: History Has Important Lessons to Teach Us 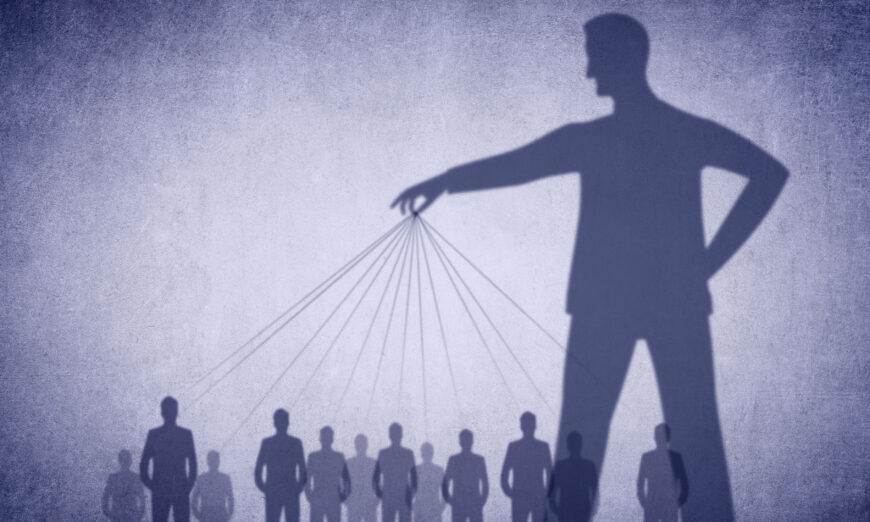 In today’s endless 24-hour news cycles, buzz about “disinformation” and “conspiracy theories” often dominate the headlines. So-called “fact checkers,” write blanket denials when new information comes to light. They are not so much checking facts as simply dismissing or ignoring the peer-reviewed science or expert testimony that contradicts the public health status quo.

The term “skeptics” is used to refer to people who questioned authority and made a point of being continually curious (“skepeo” in Greek means “I reserve final judgment”). Today, however, many of these self-appointed “skeptics” seem to be little more than mouthpieces for the corporate world, especially pharmaceutical companies.

For example, one former obstetrician who calls herself a “skeptical OB,” routinely writes about why breastfeeding is not good for babies, a claim that benefits the formula industry, even as it flies in the face of literally thousands of peer-reviewed scientific articles about the health benefits of breastfeeding.

The Merriam-Webster Dictionary defines a conspiracy theory as: “a theory that explains an event or set of circumstances as the result of a secret plot by usually powerful conspirators.”

It’s easy to dismiss something that sounds too implausible to be true as a nonsense “conspiracy theory.”

But the truth is that powerful corporations and governments that profit off of other people’s misery often do conspire in secret when their profit margins are threatened.

In fact, there are many, many examples from recent history of so-called conspiracy theories that have actually turned out to be true.

My Job Is Killing Me

In the early 1900s, watch and clock manufacturers used radium paint to make the numbers glow in the dark. Because the process required dexterity and the use of fine-tipped brushes, they hired young women to do the painting.

It was a great job for that era. These “radium girls” were paid well. They used their mouths to bring their paintbrushes to a fine point and some even painted the radium on their teeth to give themselves the added benefit of a “radiant” smile.

There was just one problem: Radium is a radioactive chemical. In fact, that radioactivity eventually killed the scientist who first isolated it: double Nobel Prize winner Marie Curie. Curie’s notebooks remain highly radioactive a century later.

Amelia “Mollie” Maggia was among the first to suffer radiation poisoning. She lost one tooth, then another, then her mouth and jaw had to be removed. Maggia eventually died of a massive hemorrhage in 1922. She was only 25 years old. Bizarrely, doctors said she died of “syphilis.” Attributing her death to a sexually transmitted disease was an effective way to discredit her.

But soon other young women fell ill with the same symptoms. Still, according to the Encyclopedia Britannica, their employer, the United States Radium Corporation, denied any connection between these untimely deaths and the dial painting.

Eventually, the company commissioned an independent study that determined that what the young women had been saying was true: the radium was poisoning employees.

But even then, the companies refused to acknowledge the problem or do anything to stop it. They rejected the independent findings and commissioned additional reports that proclaimed the radium to be safe. At the same time, they worked behind the scenes to discredit any employees who spoke up.

By 1925, three years after Maggia died, a pathologist named Raymond Berry was able to prove that it was radium that was killing these young women. But the manufacturers successfully denied that there was a problem for another thirteen years and young women continued to die.

It was only in 1938 when a dying radium worker, named Catherine Wolf Donohue, sued the Radium Dial Company over her untimely illness. Donohue won the lawsuit and the truth came to light.

“They’re Doing Unethical Experiments On Us”

Syphilis was a deflection in Amelia Maggia’s case, but it was also at the center of another so-called “conspiracy theory.”

In a shocking display of callous disregard for human life, a federal study was commissioned in 1932 that was known as the “Tuskegee Study of Untreated Syphilis in the Negro Male.” The participants in this study were told they were being treated for “bad blood.” Many lived in poverty and joined the study for the hot meals, free medical care, and burial insurance the researchers promised them.

According to the Associated Press, only half of the African-American men with syphilis were actually treated. The other half were given placebos so the United States government could chart the course of the disease.

While the treatments initially given, which included arsenic and mercury, were not safe or necessarily effective, by 1943 an effective cure for syphilis became widely available.

The experiment could—and should—have been stopped then. But it wasn’t. In fact, the researchers barred the men from treatment, according to the Equal Justice Initiative. This stunningly unethical study went on for nearly thirty more years, until 1972 when a whistleblower exposed the conspiracy.

By the time it was finally shut down, at least 128 black men died unnecessarily, 40 of their wives were infected with syphilis, and 19 children were born with the disease.

Today no one denies that the United States Public Health Service, tasked with protecting the health of its citizens, conspired against poor black men in Tuskegee, Alabama. In 1997, the federal government issued a formal apology to the families they had harmed.

“The United States government did something that was wrong—deeply, profoundly, morally wrong,” President Bill Clinton admitted in his speech on May 16, 1997. “It was an outrage to our commitment to integrity and equality for all our citizens.”

“They’re Spying On Me”

That same year an African-American scientist, Tyrone Hayes, Ph.D., would be derided for his “paranoia” and conspiratorial notions that he was being spied on.

In 1997, Hayes, a biologist on the faculty at the University of California, Berkeley, was hired by Syngenta, a Swiss chemical company (then a part of Novartis). He was enlisted to participate in a scientific review of Syngenta’s billion-dollar product, the herbicide atrazine. In the United States, the widespread use of atrazine is second only to glyphosate, Monsanto’s blockbuster, and very toxic product.

What Hayes discovered scientifically was highly disturbing and the opposite of what the company wanted him to find: atrazine-exposed frogs did not develop normally, so much so that the frogs suffered from what he described as “chemical castration.” But even before Hayes published his work in the Proceedings of the National Academy of Sciences, he began worrying about his safety. He felt sure that his phone was being tapped. He saw sinister faces in the back of the auditorium when he gave lectures.

According to an article written about his case in the New Yorker years later, another researcher, Theo Colborn, who had been studying and writing about how industrial pesticides and herbicides could alter sex hormones and disrupt the endocrine system, warned Hayes not to go home the same way twice.

No longer on the payroll of Syngenta, Hayes continued his work, financed by Berkeley and the National Science Foundation. He published his findings in prestigious journals, but he became increasingly wary. He stopped discussing his research with strangers and told his students to hang up if they heard the telltale click which he believed meant his phone call was being recorded. He started recording meetings with other scientists so that his ideas could not be misrepresented or quoted out of context. He complained that a couple of well-dressed men were following him to conferences in order to heckle him.

Friends and family dismissed his concerns as conspiracy theories. But it turned out that they were true. Syngenta’s public relations team held closed-door meetings to devise a four-pronged campaign to discredit Hayes and ruin his reputation—the notes of which came out during the discovery phase of two lawsuits. They analyzed his childhood in South Carolina in order to find ways to exploit his insecurities, noting in a spiral-bound book that he suffered from insomnia, needed “adulation,” “doesn’t sleep,” and was “scarred for life.”

Top on Syngenta’s PR team’s list of four goals was “discredit Hayes.” If they could destroy his reputation, no one would pay attention to the science that showed that their products were causing endocrine and environmental damage. One PR expert suggested they could “prevent citing of [Tyrone Hayes’s] data by revealing him as noncredible.”

Among the many tactics the team brainstormed for discrediting Hayes were, “set trap to entice him to sue” and “investigate wife.” They also commissioned an outside contractor to do a psychological profile to find more potential weaknesses to exploit.

The PR team also suggested purchasing “Tyrone Hayes” as a search term so that when someone searched his name, their industry-sponsored material would appear first. Despite the fact that their conspiracy has been unearthed and that the experiments he did were scientifically sound and his findings that atrazine is an endocrine-disrupting chemical have been replicated in many other studies, Syngenta’s campaign against Hayes has had lasting effects on his reputation. Search his name on Google now and the first on the list of “Related searches” is “Tyrone Hayes not credible.”

The two class-action lawsuits were settled in 2012 and Syngenta’s conspiracy became public. Despite the clear evidence that they conspired against Hayes, op-eds in Forbes in 2013 and 2014 continued to disparage Hayes. The journalist, Jon Entine, was listed in Syngenta’s notes as “a supportive third party.” His 2013 piece used the term “conspiracy theory” twice and the second article, which reads like an industry-sponsored attack, used the word “conspiracy” no less than seven times.

As these examples show, when people suggest that powerful forces are conspiring to silence credible science, they are often attacked as “conspiracy theorists.” In addition, when it comes to questioning the safety of medications, vaccines especially, the censorship, ousting of scientists, and propaganda promotion rev into full gear.

It can take years for conspiracies and bad dealings to come to light. But history has a lot to teach us. Fewer lives would have been lost to radium poisoning, untreated syphilis, and atrazine poisoning if people had been more willing to face the truth that both large companies and the government have and will continue to do unethical–even unthinkable–things to protect their interests.