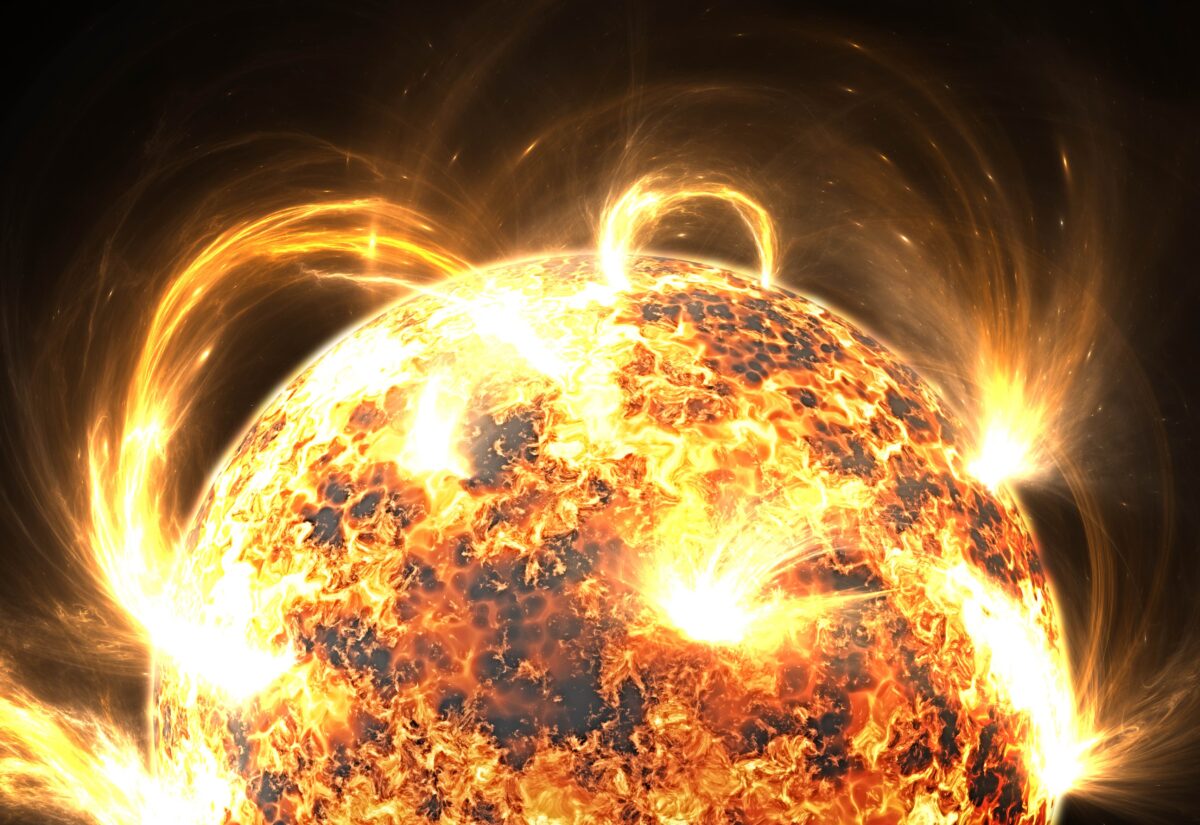 Evidence that we have a subtle sense of magnetic fields has been accumulating over the past 100 years, with some insight into its effects on our mental and emotional well-being. (Jurik Peter/Shutterstock)
Health

Part One: The sun's magnetic effect on the human brain
BY Armen Nikogosian TIMEMay 21, 2020 PRINT

It’s been long known that many animals are sensitive to fluctuations in the Earth’s magnetic field; some animals use this sense like a built-in compass.

However, suggesting human beings can sense and are affected by this same magnetic field might strike some as New Age hocus-pocus.

But the evidence that we have a subtle sense of magnetic fields has been accumulating over the past 100 years, with some insight into its effects on our mental and emotional well-being.

A group of researchers from the California Institute of Technology tested the effects of geomagnetic stimulation on humans using electroencephalography (EEG), a test that records the electrical signals of the brain.

Their elegantly designed study placed subjects in an electrically grounded, special exposure chamber called a Faraday cage to produce an electromagnetically “quiet” environment. In other words, the Faraday cage acted like a soundproof booth so that those inside couldn’t hear, or rather sense, the electromagnetic fields around them.

Researchers then replicated various electromagnetic scenarios with charged coils. They aimed to reproduce the magnetic interplay between the Earth and the sun.

Rather than ask participants what they sensed, the researchers examined their brain activity using an electroencephalogram (EEG).

“Since brain activity underlies all behavior, we chose a more direct electrophysiological approach to test for the transduction of geomagnetic fields in humans,” the researchers wrote.

They looked specifically at the EEG alpha wave associated with a relaxed state in our brain. This state is associated with improvements in focus and well-being as well as decreases in depression and anxiety. In manipulating the magnetic field, the researchers noted a fading of alpha wave brain activity in one-third of the study participants.

The researchers concluded that the sensor for this action was likely a bio-mineral called magnetite, which transduces magnetic fields into biological signals. That could be another important use for iron in our bodies.

“Our results indicate that at least some modern humans transduce changes in Earth-strength magnetic fields into an active neural response. We hope that this study provides a road-map for future studies aiming to replicate and extend research into human magnetoreception,” wrote the researchers.

While the implications of this research point toward fascinating explanations, such as an internal navigation system, this would likely be severely disabled in our society through a lifetime of disuse and the electromagnetic interference from modern technology.

The findings also raise questions about how exposure to unnatural or unusual magnetic fields could affect our brain’s alpha state.

The so-called alpha state is the default state for healthy brain activity. A version of what we understand of the alpha state has been sought after for thousands of years by practitioners of meditative and mindfulness techniques. Research suggests it can also be induced by daydreaming and vigorous aerobic exercise. It’s in this state of relaxation and increased creativity where epiphanies and “light bulb” moments occur. Anything which could potentially inhibit this crucial state of healthy brain function should be thoroughly investigated.

Another group of researchers from the Azerbajiani National Academy had previously demonstrated that this electromagnetic effect on the brain was even more pronounced in the presence of geomagnetic storms.

A geomagnetic storm occurs when a stream of charged particles from the upper atmosphere of the sun, known as a solar wind, causes a major disturbance in the Earth’s magnetosphere as those particles reach the Earth’s boundary with space.

While this cycle is well documented, its effect on people is less acknowledged.

Currently, we sit at the bottom of a solar minimum with the next maximum projected to peak near 2025.  The researchers chose several days with exceptional geomagnetic storms between 2000 and 2005 to do their research.

The small but long-term study found amplification in negative emotional states, decreases in motivation, and other issues on days of geomagnetic storms.

“As a rule, during periods of strong geomagnetic disturbances, indisposition, weakness, and presence of indistinct localized headaches were recorded for the majority of patients,” the researchers wrote.

The researchers used EEG readings to see the functional state of the human brain but also measured electrical activity in the heart with an electrocardiogram (ECG).

They found a whole host of EEG brain wave changes, most notably a weakening of alpha waves and a strengthening of theta waves. Theta waves in adults occur when in a drowsy or hypnotic state.

An increase in theta wave activity while awake could certainly contribute to the phenomena known as “brain fog,” though research into brain waves is ongoing and subject to different interpretations.

The researchers hypothesized that the effects resulted from “dysfunction of integrative subcortical systems.” In other words, geomagnetic storms affected a group of diverse neural formations deep in the brain responsible for complex activities like memory, emotion, and hormone production.

Research into the effects of the sun on people has been ongoing for at least 100 years.

It began within the modern scientific paradigm with Russian biophysicist Alexander Chivhevsky, founder of heliobiology, the study of the sun’s effect on biology. In the 1920s, he used historical research from 500 B.C. through 1922 A.D. to link the 11-year solar cycle with climate changes and the mass activities of peoples in Russia and 71 other countries.

Chivhevsky pointed to a significant percentage of important historical events involving large numbers of people that occurred around sunspot maximums that occur at the peak of the solar cycle. As a result of his work, he was nominated for the Nobel Prize. Instead of the prize, he received a trip to Soviet gulags by Josef Stalin in 1942 because he wouldn’t retract his research. After Stalin’s death in 1953, he was released and his academic reputation was restored.

While it may seem like this discussion is a purely academic exercise, it isn’t.

Awareness is the first step to adapting our environment. When it rains, you bring an umbrella. An asthmatic may choose to stay indoors on days with high pollen counts. Likewise, if there are specific and measurable effects from the sun on the human mind and emotions, people may want to change their behavior to minimize any bad outcomes.

These effects may also help some people account for diffuse and mysterious symptoms that have no other environmental or physiological explanation. Currently, the interventional tools available to combat electromagnetic anomalies are few and limited but with increased awareness, necessity would become the mother of invention.

Unfortunately, beyond the problem that this research is limited and few physicians can readily incorporate it into their diagnostic and treatment approaches, acknowledging the impact of the solar cycle on Earth opens two doors some would prefer closed. The first being the hugely important relationship between our sun and climate, and the second being the ever-increasing levels of man-made electromagnetic radiation in our everyday world.

That really begs the question: Was Chivhevsky correct?

Two researchers have corroborated his findings. In 1992, Arcady A. Putilov found similar historical parallels, as did Suitbert Ertel in 1996. But given the scope of the phenomena, more research is warranted. If Chivhevsky is correct, the implications of that go far beyond our health.

If wars, revolutions, and social unrest are affected by cycles of solar activity, people should be aware. What would it mean if one-third of the world’s people became more anxious, stressed, or depressed in a pattern that follows the solar cycle?

And what about the exponential increase in man-made electromagnetic sources in the 21st century? More on that next week.

Please check out the Root Cause column next week for Electromagnetism and Human Health: Part Two—Man-made Sources.