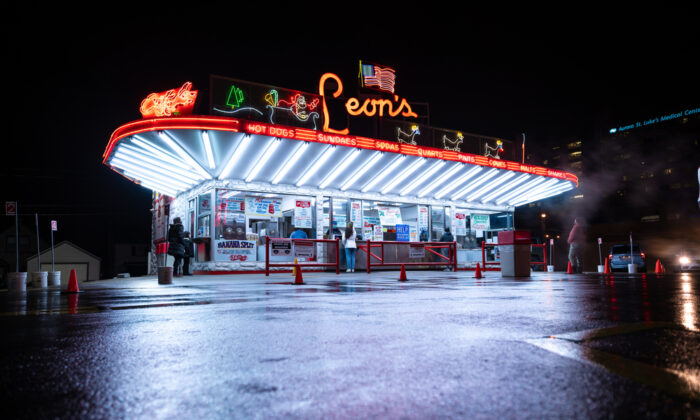 Milwaukee: The Capital of Frozen Custard

In 1919, after discovering that adding egg yolks into ice cream creates something magnificent, Archie and Elton Kohr became the first vendors of “frozen custard.” They opened a stand, not in the heart of dairyland, but in New York’s Coney Island.

While the sources seem sketchy, the claim is out there that Milwaukee has the highest concentration of frozen custard stores in the United States.

True or not, Milwaukee dearly loves its frozen custard. The confection’s popularity in the Midwest is credited to long lines of instant fans at the 1933 World’s Fair in Chicago. That particular frozen custard mix was produced by Ed Galloway from Fond du Lac, Wisconsin. Not long after, frozen custard started to take root in Milwaukee.

In 2016, authors Kathleen McCann and Robert Tanzilo published a book on the subject, “Milwaukee’s Frozen Custard.” Tanzilo acknowledged that there are some hints of possible frozen custard stores in real estate classified ads in 1934. He found evidence of a stand that year “that was extremely short-lived,” but the establishment considered to be Milwaukee’s first was frozen custard seller was Clark’s Frozen Custard in 1935.

“Everyone I interviewed credited Clark as the pioneer,” Tanzilo said.

And many of those long-established places were interconnected somehow.

“I was surprised—but only a little—when looking into the history of Kitt’s Frozen Custard on Capitol Drive, to see the name of the property owner on the building permit. Not ‘Kittredge’ [the 1952 founder], but ‘Leon Schneider.’ He helped tons of stands get going,” Tanzilo said.

For the book, Tanzilo interviewed Ron Schneider, son of the founder of Leon’s Frozen Custard.

“Ron says Leon always wanted other custard stands to maintain the quality, because he thought if someone went to one and it was no good, they’d assume all custard was no good,” Tanzilo said. “It would drag down all of them.”

While frozen treats might seem seasonal, in Wisconsin, the frozen custard stand walk-up windows remain open even when you may have to step over some ice patches in the parking lot to get to them. Crazy? Crazy delicious maybe. Don’t forget that many of us sit on the lake ice for hours just to fish.

Milwaukee has plenty of other attractions to recommend to visitors, but frozen custard is definitely on the culinary list. Most Milwaukeeans will tell you which stand sells their favorite frozen custard if you ask—and sometimes even if you don’t. And here’s a sweet roundup of the best that I’ve had.

This is the oldest continually operating frozen custard stand in the entire state of Wisconsin. Paul Gilles became interested in frozen custard when he visited the World’s Fair in Chicago in 1933, and Joe Clark hired him to work Clark’s stand. In 1938, Gilles opened his own place and brought in his kid brother Tom to help. He also hired a night manager: Leon Schneider.

The custard stand was a great success and Gilles sold the rights to mass-produce the custard under the same name for distribution. The two completely separate entities still co-exist, but the Gilles stand, in that same location at 7515 West Bluemound Road, is still the only place to get the original.

The building has received some updates over the years, including a small sitting area in the lobby and a drive-through window. In addition to the cones and bowls, Gilles still sells pints and quarts or even a two-gallon “Party Tub” if ordered at least a day in advance. An online calendar helps you plan around flavors of the day, such as Orange Dreamsicle, Oreo Cheesecake, Caramel Cashew, or seasonals such as Pumpkin Pie. Beyond the custard, Gilles is known for a sort of sloppy Joe known as the Gillieburger, as well as burgers, other hot sandwiches, fries, onion rings, and even a fish fry.

Leon Schneider began as a cookie salesman, but he got into the frozen custard business working nights as a manager at Gilles. He also learned to service the equipment. He was slinging custard out of a trailer with a traveling carnival at one point, but then in 1942, he opened Leon’s on Milwaukee’s south side at 27th Street and Oklahoma Ave. To this day, the stand only serves through an old-school walkup window in a building with an exterior design that was last remodeled in the 1950s.

In addition to the daily standards of vanilla and chocolate, Leon’s also serves butter pecan. And by 1971, Leon’s had built a list of five rotating flavors of the day (FOTD): strawberry, raspberry, mint, cinnamon, or maple nut. That is, until 2021, when Leon’s introduced a truly Wisconsin flavor to its FOTD list: Blue Moon (Michigan also claims this flavor as its own, but that debate is an entirely different article). My preferred description of the creamy blue-colored flavor is “the milk left over after a bowl of Froot Loops.”

These days, Leon’s son Ron and grandson Steve run the store. The menu includes sundaes, malts, and shakes; a “Spanish hamburger” (sloppy Joe); hot dogs; and chili dogs, as well as a traditional fountain service—meaning you can order a flavored Coca-Cola or a Coke float. Pints of frozen custard are available to go, of course.

Like an American dream: Elsa Moll and Karl Kopp were both born in Germany, emigrated separately to the United States, and settled in Milwaukee, a city with a large German community. It was there that they met and married. Elsa worked at The Milky Way, a frozen custard stand, and also at a bakery, where she met the custard machine repair guy—Leon Schneider! She mentioned her idea to open a stand of her own, and Leon said he would advise her on how to do so. Kopp’s Frozen Custard opened in 1950.

Like all of the frozen custard stands, Kopp’s offered vanilla and chocolate initially. But after about a decade in business, Elsa started exploring other options and combinations. Kopp’s soon became the first place in Milwaukee to offer FOTD, and today, they offer two daily options.

Elsa’s son Karl has since taken over the store, so Kopp’s remained in the family, and Elsa’s portrait is displayed at three Kopp’s locations in the Milwaukee metro area. Kopp’s offers a solid burger menu with a variety of toppings, as well as chicken and fish sandwich options. Sundaes, malts and shakes, and up to a half-gallon of custard to go are also available. The staff wears white aprons, paper hats, and black bowties, giving the place an old-school air.

Back in 1984, Jim Taylor and his uncle Charlie decided to open a frozen custard store in West Allis (bordering Milwaukee to the west). Jim hired a girl named Susie, who had heard about the soon-to-open place from her father and stopped in looking for a summer job. Eventually, the two married. Custard brings people together, so be warned. The Taylors now own three area locations. Their flame-broiled burgers are quite notable.

While the aforementioned establishments find their way on to most “best of” lists, there are a few that might run under the radar. This may be one of them, coming to me as a recommendation from some West Allis friends. When they offer food, most stands stick to hot dogs or burgers, but a purveyor of gyros is serving the scoops. They also have burgers and grilled jumbo hot dogs, as well as chicken kebabs, just in case.

The gyros alone are worth stopping by for, but it’s their great frozen custard that put them on this list. The store features both a drive-up window and a walk-up window, as well as some outdoor seating.

Upcoming FOTD are viewable online and get creative, from regional Door County Cherry Pie and tiramisu to a range of mint, chocolate, and fruity flavors, and the added ingredients are often Godiva chocolate or big-name candy bars, cheesecake, or pies.