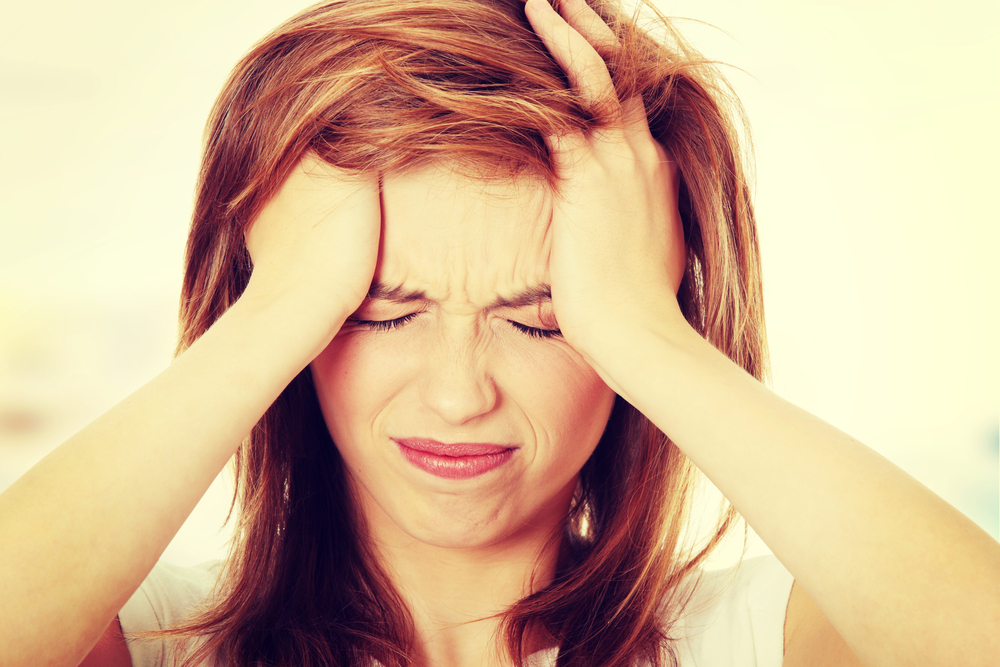 Much about migraines remains an unfortunate mystery, but researchers have discovered new avenues for drug treatment. (Shutterstock*)
Migraines & Headaches

Migraines: What You Need to Know

B.B. is a 32-year-old woman who has suffered from monthly migraines since she was about 15. The first two days of her period were so bad that as a teenager she couldn’t go to school; as an adult, she also can’t work for those two days each month.

She tried multiple medications, but experienced too many side effects. Continuous birth control pills also failed to eliminate her periods.

She was struggling until last year, when we started her on a new medication, Nurtec ODT (rimegepant) by Biohaven Pharmaceuticals. For B.B., it did the trick.

To understand how it works, we need to try to understand what causes a migraine, though this is still up for debate. Migraines are a neurovascular disorder, probably caused by a calcitonin gene-related peptide (CGRP). As this peptide is released into the brain blood supply, it causes an inflammatory response that elicits severe pain (a migraine). Rimegepant is a small molecule CGRP receptor antagonist that blocks the peptide from eliciting this inflammatory response and hence eliminates the pain. It doesn’t cause vasoconstriction, which can be important with patients with heart disease.

There are other medications that treat migraines through a similar though not identical mechanism, including Aimovig (erenumab), Vyepti (eptinezumab), Emgality (galcanezumab), and Ajovy (fremanezumab). There are also triptans such as Maxalt (rizatriptan), Zomig (zolmitriptan), and Imitrex (sumatriptan), which are 5HT-1 (hydroxytryptamine) agonists and work like a chemical called serotonin.

There are also some injectables, as well as straightforward opioids to relieve the pain. Some people benefit from acupuncture as well as biofeedback.

According to a study published in Clinical Neurology and Neurosurgery in 2022, migraines are the sixth most disabling disorder. Migraines are disconcerting because they affect young, healthy people in their 20s and 30s. The journal article above also points out an interesting historical fact that “Hippocrates (circa 460 to circa 370 B.C.) was the first to define migraine as severe discomfort in one of the brain regions linked with sight distribution.”

Migraines are different from what we call “tension” headaches. They can be severe, throbbing, or pulsating, and are usually felt on one side. Migraines can often be associated with nausea, vomiting, and sensitivity to light or sound.

Sometimes, what we call an aura can precede the migraine. These auras can be blurred vision, spots in front of your eyes, or even a tingling sensation of the face. Not everyone with migraines exhibits these symptoms.

Many migraine sufferers have triggers that the patient learns to avoid. I have suffered from migraines for more than 50 years. My trigger is lack of sleep, not the best trigger for an obstetrician. I have learned to adapt. There is also a feeling of exhaustion or being drained after some migraines.

Migraines are much more than a simple headache. They are a neurological event that can be debilitating.

Headaches are divided into two basic categories: primary and secondary. A primary headache is not caused by a separate medical condition. Migraines are primary headaches. Examples of secondary headaches would be getting hit in the head with a baseball, high blood pressure, or even a brain tumor. There is no blood test or imaging needed to make the diagnosis of migraines.

The 4 Basic Stages of Migraines

1) Prodrome. This is a vague pre event, which many people don’t have. This can last for days.

2) Aura. Again, not everyone exhibits this, but it can last for five minutes to an hour. It can take the form of sensitivity to light or sound.

3) The actual headache. This can last for hours to days. The pain can be very intense, throbbing, and usually one-sided. This isn’t a simple tension headache.

4) Postdrome. This can last for a day or two and is generally a simple malaise. Many migraine sufferers don’t have this stage.

There seems to be a genetic predisposition to migraines. Most migraine sufferers have relatives with the same migraine pattern. If both parents have migraines, then the children have a much greater chance to have them as well.

Triggers are wide and varied. As mentioned, mine is lack of sleep, and I do get an aura.

Others include emotional stress, missing a meal, or hormonal events (such as in menstrual migraines). Certain foods, beverages, and additives may be a trigger for up to 30 percent of patients. Migraine sufferers know what their triggers are and do their best to avoid them. Some patients even get triggered for a migraine attack by changes in weather patterns, probably due to changes in barometric pressure.

The diagnosis for migraines is by history of the event. There is no blood test or imaging needed.

Migraines have been with us for a long time. We are now seeing much better treatments to alleviate this debilitating disorder. I remember having migraines for as long as a month straight when I was younger. Luckily for many of us migraine sufferers, these new medications are helping.

Most people don’t understand the person with a migraine since migraines are invisible to people watching. That’s because the pain is literally all in our heads. But that doesn’t make it any less real.