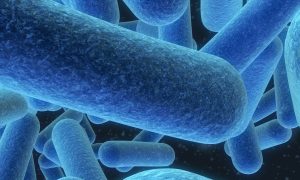 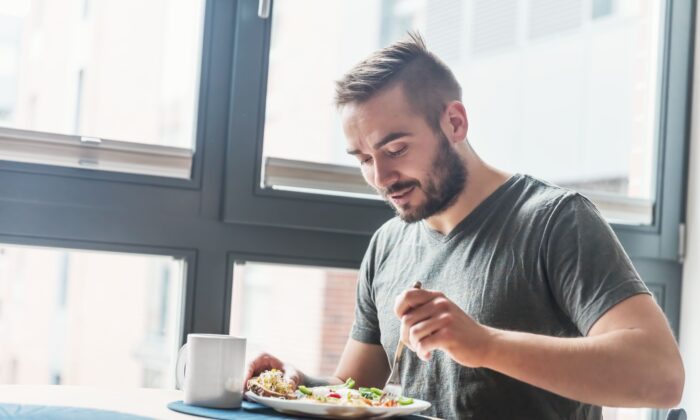 Microbiome May Be Linked to Dementia, Parkinson’s, and MS

Within our body and on our skin, trillions of bacteria and viruses exist as part of complex ecosystems called microbiomes. Microbiomes play an important role in human health and disease—and even help us maintain a healthy metabolism and immune system. One of the most important microbiomes in our body is our gut microbiome. It helps us maintain overall well-being by helping us to absorb all the vitamins and minerals from the food we eat.

But when our gut microbiome’s balance becomes disrupted—from things such as stress, illness, or poor diet—it can not only result in digestion and gut problems, but has even been linked to obesity, diabetes, and surprisingly, brain disorders. This shows us that it might be time to look outside the skull to understand the cause of some brain conditions.

Our gut and brain are closely connected. They communicate with each other through the system known as the gut-brain (or brain-gut) axis. This axis influences the digestive system’s activity and plays a role in appetite and the type of food we prefer to eat. It’s made up of brain cells (neurons), hormones, and proteins that allow the brain to send messages to the gut (and vice versa).

The gut-brain axis is known to play a role in irritable bowel syndrome, celiac disease, and colitis. Stress signals from the brain can influence digestion through this axis, and the gut can also send signals that similarly influence the brain. Gut microbes appear to play a key role in sending and receiving these signals.

One way they do this is by making proteins that carry messages to the brain. The microbiome can also influence brain activity through the vagus nerve, one of the brain’s 12 cranial nerve pairs. This nerve snakes through the body connecting internal organs—including the gut—to the brainstem at the base of the brain. In this way, the vagus nerve provides a physical pathway between the gut and brain, enabling a different route to the chemical pathways of the gut-brain axis for communication between brain and gut. Through this connection, an unhealthy microbiome can transmit harmful pathogens and abnormal proteins to the brain, where they may spread.

When the microbiome becomes unbalanced, the first sign is usually digestive problems—known as gut dysbiosis. Symptoms can include, intestinal inflammation, leaky gut (where the gut wall begins to weaken), constipation, diarrhea, nausea, bloating, and other gut-based metabolic changes. Immune response and normal bodily functions such as liver, heart, and kidney function may also be harmed by dysbiosis. Dysbiosis can be reversed depending upon the cause. For example, a stomach bug or poor diet can be more easily fixed than a disease or illness such as cancer, obesity, or diabetes.

Scientists have investigated the impact of dysbiosis on different neurological disorders, including Alzheimer’s, Huntington’s, Parkinson’s disease, and multiple sclerosis, with early research finding a link between the two. For example, researchers found that gut dysbiosis, often as constipation, is common in patients with Parkinson’s disease. Gut problems may be present several decades before typical symptoms appear, with evidence showing the microbiome is altered early in the condition. Research also shows that the mix of bacterial species present in the gut is different compared to people without the disease.

Gut dysbiosis, in the form of diarrhea and constipation, is also associated with multiple sclerosis (MS). Researchers have found that patients with MS have a different microbiome compared to those who don’t have the condition. Other research has found that patients with dementia-like conditions, including mild cognitive impairment and Alzheimer’s disease, have dysbiosis compared to those without memory problems.

All of this early research suggests a disrupted microbiome contributes to the development of neurological disorders by negatively affecting the gut-brain axis. It does this by transmitting abnormal proteins and pathogens along the vagal nerve route. However, the initial cause of microbiome disruption in those with neurological conditions is not yet known.

But on a positive note, our gut microbiome can be modified. A lifestyle that includes daily exercise, a diet rich in fiber, and limited stress, alcohol use, and smoking, can bolster microbiome health. Using a probiotic can also help.

It’s currently uncertain whether daily probiotic use can help prevent neurological diseases, which is something we’re currently investigating. We are the first team to investigate probiotic use in Parkinson’s disease patients to study their microbiome before and after use.

As our knowledge increases, microbiome-targeted therapies might present a new way of treating or minimizing diseases. Probiotic use is a promising approach because there are few adverse effects, medications are likely to be better absorbed in a healthier gut environment, it’s less complicated than changing your diet, and is quick and easy to implement. It is early days, and there is still much to learn, but based on current research it appears that gut microbiome health is more intimately tied to our brain health than we imagine.