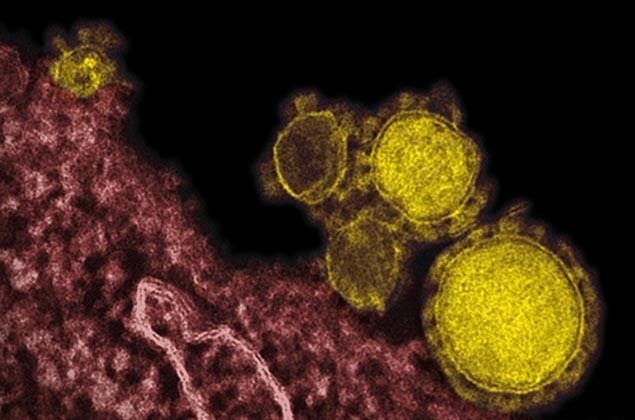 MERS Coronavirus: Treatment Options as Virus Kills First Victim in Asia and a Case Turns Up in Philippines

As the MERS coronovirus spreads further in the Middle East and has even killed its first victim in Asia, people are wondering what they can do to protect themselves from the threat.

Unfortunately, there are not any specific treatments at the time–including a vaccine. Some health authorities such as the U.S.-based Centers for Disease Control are in talks about developing a vaccine.

The agency says that there are things people can do to help protect themselves, though:

The countries with lab-confirmed cases of the virus now include Malaysia and the Philippines as well as France, Italy, Jordan, Kuwait, Oman, Qatar, Saudi Arabia, Tunisia, the United Kingdom, and the United Arab Emirates.

Internationally, since September 2012, the World Health Organization says it has identified a total of 238 confirmed cases of the virus, including 92 deaths.

“Based on the current situation and available information, WHO encourages all Member States to continue their surveillance for severe acute respiratory infections (SARI) and to carefully review any unusual patterns,” the organization said in its latest update.

“Infection prevention and control measures are critical to prevent the possible spread of MERS-CoV in health care facilities. Health-care facilities that provide for patients suspected or confirmed to be infected with MERS-CoV infection should take appropriate measures to decrease the risk of transmission of the virus from an infected patient to other patients, health-care workers and visitors. Health care workers should be educated, trained and refreshed with skills on infection prevention and control.”

See an Associated Press update about the spread to Asia below.

KUALA LUMPUR, Malaysia—A Malaysian man who went on a pilgrimage to Saudi Arabia has become the first death in Asia from Middle East respiratory syndrome, while the Philippines has isolated a health worker who tested positive for the deadly coronavirus.

Malaysia’s health ministry said the Muslim man returned to Malaysia on March 29 and developed a high fever and cough and had difficulty breathing more than a week later. The man, a 54-year-old from southern Johor state neighboring Singapore, died Sunday in a hospital, it said Wednesday.

“Investigations showed that the cause of death is severe pneumonia secondary to MERS-CoV,” the ministry said in a statement.

The ministry urged all passengers travelling with the victim on Turkish Airlines on March 29 to report for health checks. It said it was also checking on people who have been in close contact with the man.

MERS belongs to a family of viruses that includes both the common cold and SARS, which killed some 800 people in a global outbreak in 2003. It can cause fever, breathing problems, pneumonia and kidney failure. It was first identified in 2012 in the Middle East, where most cases since have been diagnosed.

In the Philippines, Health Secretary Enrique Ona said the Filipino health worker had a positive blood test for the virus but showed no symptoms.

The man had personal contact with another Filipino hospital worker who died of the virus last week in the United Arab Emirates. Blood test results were released in the UAE after he arrived in the Philippines, and authorities immediately informed the Philippine Embassy.

The man has been isolated and people who had contact with him are being traced and quarantined, Ona said. Officials are also tracing the plane passengers who were seated near the Filipino during the flight to Manila.

The health department said it is sending an epidemiology expert and an infectious disease specialist to UAE after the death of the Filipino there and reports that six other Filipinos were found to have the virus.

Singapore’s health ministry instructed hospitals to be vigilant in testing for the virus if patients reported serious respiratory illness and have traveled abroad. The ministry said the possibility of an imported case cannot be ruled out given global travel patterns.

While MERS does not seem to spread as quickly between people as SARS did, it appears to be more deadly.